The second-year running back is being tasked with helping to help fill a leadership void on offense left in the wake of Ben Roethlisberger’s retirement. 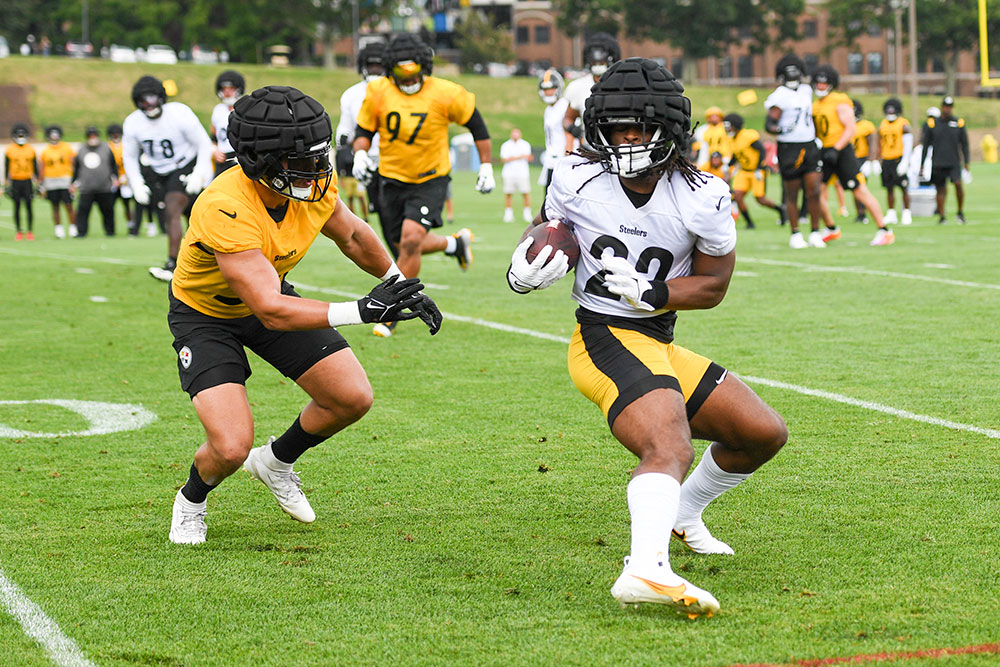 Najee Harris arrived at Saint Vincent College for the opening of Steelers training camp this week moaning and groaning about a dorm room he admittedly hadn’t yet seen.

But he also showed up talking about and exuding leadership.

The former isn’t out of the norm for a 24-year-old.

The latter was on point and on cue and should be perceived as music to Steelers fans’ ears.

Harris may be just a second-year running back, but with the 18-year quarterback having ridden off into the sunset there’s a need for an offensive player of prominence to step up and fill the leadership void.

The Steelers envisioned Harris making such a transition sooner rather than later and accordingly spent part of last season grooming the first-round pick from Alabama to be more than just the focal point of the offense with the ball in his hands.

Mike Tomlin helped orchestrate that, as did Cam Heyward and Ben Roethlisberger.

Harris is now committed to taking the leadership ball and running with it.

“It was important for me to do it this year,” Harris maintained, emphasizing he needs to speak up as well as step up in his second season.

Because Roethlisberger is gone. Because the offensive line is in transition, again, and continues to lack a Maurkice Pouncey-like or David DeCastro-like persona. Because the Steelers are young and less than established at tight end and wide receiver.

And because Harris didn’t just establish himself as a player capable of handling a profound workload a season ago, he confirmed the star power he had brought with him from Alabama.

The defense has Heyward, T.J. Watt and Minkah Fitzpatrick.

The offense needs such a player and such a presence.

It helps to be the latter if you’re the former.

Harris is committed to being both.

“There’s all types of leaders. It’s really just who the team feels more comfortable with, who can set the best example of what the standard is, I guess.”

Tomlin is convinced Harris is a natural to help set the standard.

Harris wants to do more than that.

“The Steelers’ standard, obviously, is hard-nosed football,” he said. “There’s just grit, like these damn dorm rooms, stuff like that, just the traditional style of the Steelers.

“Mine is along those lines, too. But I’m more motivated in a way, I want to achieve more. Mine’s  more of a hunger and drive.”

It’s Harris’ time to be a standard-bearer for both.

It’s not only needed, it would be fitting for a franchise steeped in running back tradition to have another big back leading the charge.

Franco Harris did it.

Jerome Bettis did it.

Now Najee Harris is prepped and positioned to follow in their footsteps.

It’ll be his offense and his team, to a degree, sooner rather than later.

For the Steelers, there are worse places from which to begin.