Ryan Shazier's battle back from a paralyzing injury last season and his subsequent rehabilitation from spinal stabilization surgery is a more compelling saga than the Steelers’ quest to reach Super Bowl LIII.​ 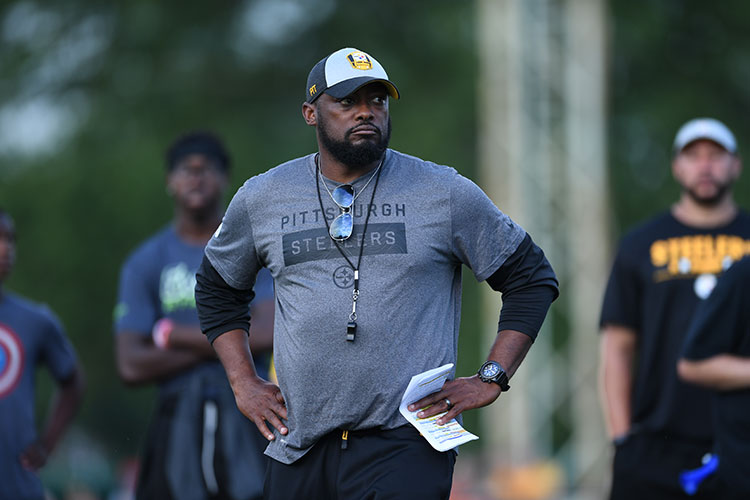 “I’m probably in the minority up here,” Tomlin admitted. “The process is a beautiful thing.”

Tomlin is neck deep in the process of preparing the Steelers for the 12th consecutive preseason.

But to Tomlin, the time of the year is an insignificant detail.

It could be a game against the Patriots.

It could be an OTA.

Tomlin is all energy, all enthusiasm, all in, all the time.

The day that he isn’t will be the day he no longer coaches the Steelers.

“That’s when it’s time for me to go fishing or something,” he maintained. “I don’t even know what cliche to use because I don’t have any other hobbies.

The game doesn’t always love him back, but Tomlin doesn’t care.

During a typical practice he’s typically everywhere, offering coaching points and motivational phrases and handing out critiques and criticisms, seemingly to everyone all at once. It starts in the pre-practice stretch. It ends in the post-practice huddle.

In between, it never stops.

And Tomlin never tires of “the process.

“So many of the variables change that it never gets stale for me,” he maintained. “I’m a puzzle guy, crossword puzzles, Sudoku, what have you. I’ll do the daily Sudoku. Football is like that for me, the variables of it change so often that I could be doing the same thing but it’s not stale.

In Tomlin’s world of “energy givers” and “energy takers,” he’s clearly the former.

So the Steelers once again have that off of which they can feed. 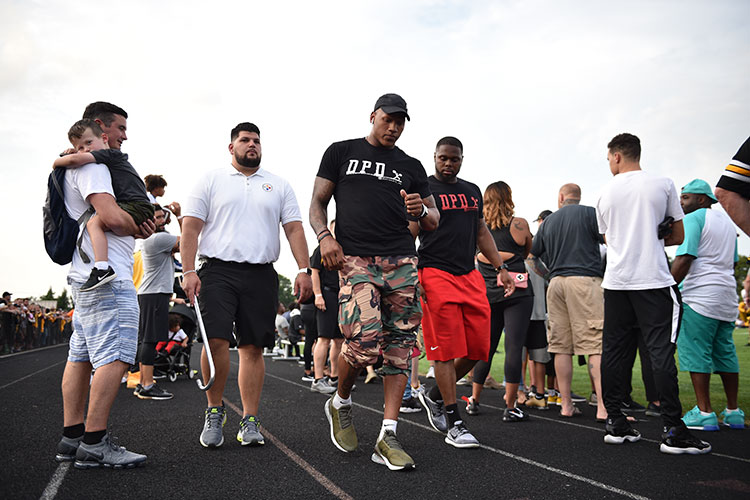 But this season even Tomlin’s presence pales in comparison to that of Ryan Shazier.

His battle back from the paralyzing injury he suffered last December in Cincinnati and his subsequent rehabilitation from spinal stabilization surgery is a more compelling saga than the Steelers’ quest to reach Super Bowl LIII.​

Shazier is with his former teammates this preseason, learning the coaching and scouting aspects of the operation and contributing what he can when he can as he continues learning to walk again.

“I don’t know how to eloquently express what his presence means to us here and an all of that, because we know where he’s been,” Tomlin said. “My words don’t give it its just due, man. That guy is an incredible guy, but we kinda knew that before the injury. I don’t know that I could give an adequate understanding of what he’s been through, what we’ve been able to see, how he’s shaped and impacted all of us.

“He has never felt sorry for himself in the big scheme of things. Sure, he’s had days like, ‘Man, this is miserable.’ He’s just a unique, special guy.”​

Shazier celebrated the Steelers’ annual “Friday Night Lights” practice last week at Memorial Stadium by walking the width of the field across the 50-yard line without the aid of a cane.

The Steelers may or may not have what it takes to beat the Patriots, but they shouldn’t lack for inspiration.