In a season that remarkably could still go either way as Christmas approaches, we’re about to find out if Mike Tomlin still has the coaching chops that have allowed him to succeed at such a high level for so long. 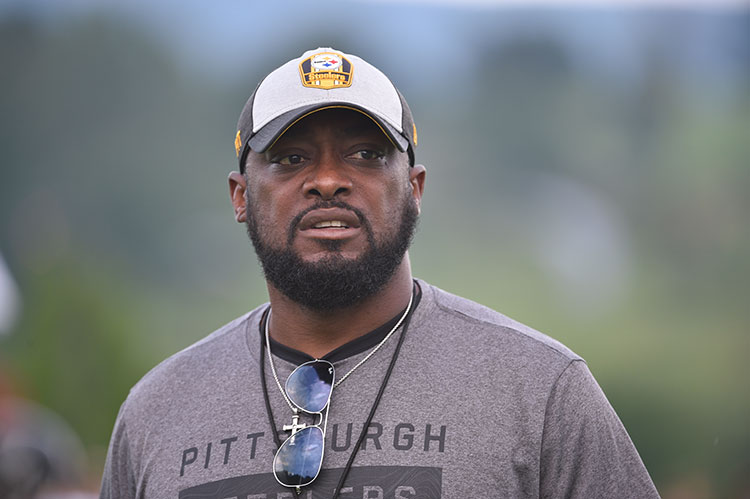 In the aftermath of a three-game losing streak that has threatened the Steelers’ once-promising season, Mike Tomlin bashing has never been more fashionable.

When a franchise icon, a member of the exclusive and exalted four-ring fraternity publicly expresses his extreme displeasure, it tends to resonate.

This was Rocky Bleier doing the complaining, not some disgruntled Yinzer on Twitter or talk radio.

The Rock tried to walk it back a day later, but there was no getting that toothpaste back in the tube.

This goes far beyond details such as the handling of the quarterbacks, time management or yet another inexplicable loss to another overmatched collection of Oakland Raiders.

This is about the direction in which the Steelers are headed.

In Tomlin’s tenure, that has almost always been in the right direction as a season has progressed.

Sometimes, that’s taken the Steelers to the Super Bowl.

But with only a couple of exceptions, Tomlin-coached Steelers teams have always gotten better as a season has played out.

And that’s confirmation that a coaching staff in general and a head coach in particular are getting the most out of the players. That the techniques being taught are effective. That the message is being heard. That everyone is engaged enough and committed enough to stick with the program in the face of adversity.

This Steelers team is threatening to implode.

In early November, they were on an entirely different trajectory (as was chronicled here). But the current, improbable three-game slide implies there’s a potentially fatal flaw in the operation that the current staff can’t handle.

And that starts with Tomlin.

A loss such as the one the Steelers endured last Sunday in Oakland, frustrating as it was, can be tolerated.

The same can be said for the previous week’s come-from-ahead setback at Heinz Field against the Chargers.

And the prior loss to the Broncos that ended with an interception in the end zone.

But three such performances in succession are alarming.

At the time of the games when the Steelers should be at their best, in the fourth quarter, they’ve instead been at their worst of late.

At the time of the season when they should be making a run, “December ball,” is what Tomlin likes to call it, they’re instead threatening to come undone.

Both developments are unacceptable for a franchise with the Steelers’ standards, and for a team that has enough going for it, warts and all, that making the playoffs shouldn’t be a concern under normal circumstances.

With New England this Sunday and New Orleans a week from Sunday up next, these Steelers have somehow found themselves at a crossroads.

A win against the Patriots, or the Saints, would confirm that all remains well.

But another loss to New England, especially one in which another fourth-quarter lead were to be blown, might be the saturation point in terms of the Steelers being able to take a blow and just keep going.

In a season that remarkably could still go either way as Christmas approaches, we’re about to find out if Tomlin still has the coaching chops that have allowed him to succeed at such a high level for so long.

The road has gotten narrow, as Tomlin might observe.

Should Tomlin successfully navigate it, Bleier’s next video would no doubt be laudatory.

But should the Steelers continue to stumble and fade, Bleier’s fellow franchise icons might wind up lining up for a chance to express their outrage on Facebook.

And the Yinzers will be blowing up Twitter with “I told you so.”