Steelers Don’t Go Far For First Round Draft Pick: Kenny Pickett Is It

Watch the call from Coach Tomlin, the announcement in Las Vegas and Pickett's reaction from his home in New Jersey. 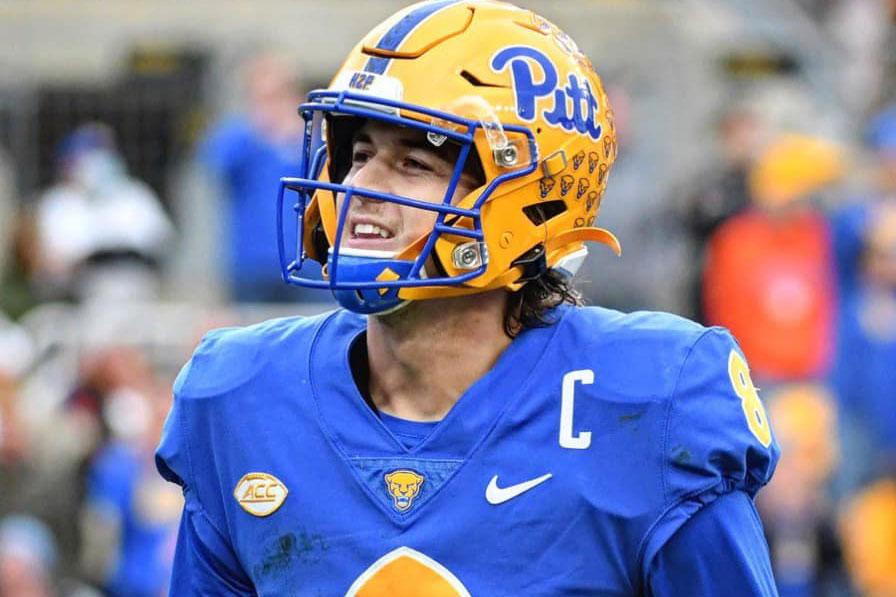 Thirty-nine years after passing on Pitt Quarterback Dan Marino for their first-round draft pick, the Pittsburgh Steelers Thursday night did not pass on the player who broke two of Marino’s college records. Kenny Pickett became the first Panthers quarterback since Marino to be selected in the first round of the NFL draft.

“I’m pretty familiar with the area code,” Pickett joked shortly after getting the call from Steelers coach Mike Tomlin. “I had a pretty good idea of who it was. I was speechless.”

A few moments after Tomlin’s call, it became official when Franco Harris stepped up to the microphone at the NFL draft in Las Vegas.

Tomlin hinted that Pickett had been on his radar for quite a while.

Coach Tomlin on the selection of QB Kenny Pickett: pic.twitter.com/3clIk6YANu

Pickett wasted little time in reaching out to Steelers fans.

In his last year at Pitt, Pickett led the Panthers to their first-ever ACC title. In the process, he also won ACC Offensive Player of the Year and the Johnny Unitas Golden Arm Award and finished third in the Heisman Trophy voting.