Much as they’d like to, the Steelers won’t be able to exorcise the ghosts of AFC Championship Games Past, even with a win on Sunday. 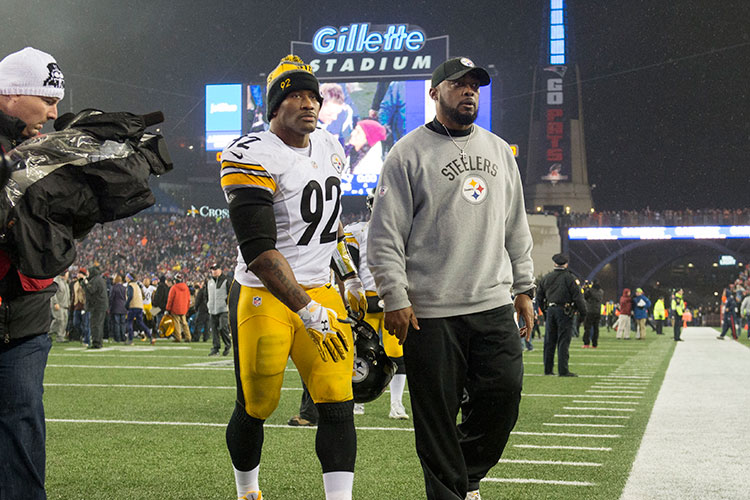 “They won last year and I know everybody has been thinking about that loss for a long time,” the Steelers’ defensive captain observed this week. “I know this game has been circled. When good teams do well, you’re supposed to hate on them, especially the Patriots.

“They’ve done so well and it’s time for somebody to knock them off their high horse. I think our fans have been waiting long enough for it.”

And No. 2, regular-season Armageddon will be followed, in all likelihood, by a game with even more profound implications in late January.

“But the real one is going to be the second time we play them.”

The second time would be in the AFC Championship Game, the same game in which the Patriots spanked the Steelers, 36-17, last season.

Since the Patriots have made it at least that far for an NFL-record six consecutive seasons, let’s assume they’ll get there again this season.

It’ll be incumbent upon the Steelers to do the same.

Sunday’s collision at Heinz Field has the potential to go a long way toward deciding where that second consecutive Steelers-Patriots AFC Championship Game would be played. 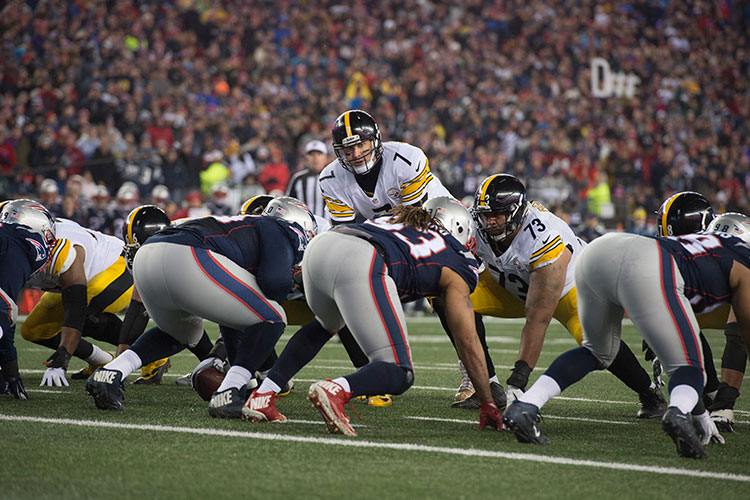 But for the Steelers, there are bigger concerns.

Most prominent among those is trying to figure out how to play defense without inside linebacker Ryan Shazier.

The Steelers’ initial response to that dilemma was to try both Sean Spence (signed off the street last week) and Arthur Moats (who hadn’t played the position in his four seasons with the Steelers but had experience there from his tenure in Buffalo) next to Vince Williams in last Sunday night’s 39-38 escape of the Ravens.

L.J. Fort, who has one career start in 40 career NFL games with the Browns, Seahawks and Steelers, was also deployed on occasion in defensive backs-heavy sub-packages.

With backup Tyler Matakevich also injured, the Steelers even resorted to playing zero inside linebackers at times minus Shazier. That included asking nose tackle Javon Hargrave to cover running back Danny Woodhead on the first third down of the game.

Woodhead turned a short completion into a 22-yard gain.

For the Steelers, having to forge ahead without Shazier is now the second elephant in the room.

Cornerback Joe Haden hasn’t played since Nov. 12 in Indianapolis (fractured fibula) and might eventually prove to be the right guy in the right place at the right time against Patriots quarterback Tom Brady, perhaps as soon as this Sunday. It would help if the Steelers could at least get a look at Haden playing press-man coverage against New England, which would help them get a handle on the difference he might make in January.

And if running back Le’Veon Bell can last more than six carries –– something he couldn’t do in last season’s AFC Championship Game disaster –– it’ll be revealing and then some watching Patriots head coach and noted defensive genius Bill Belichick concoct a scheme that has to account for both Bell and wide receiver Antonio Brown.

Watching all of that unfold figures to be at least as intriguing as the final result will be impactful on the AFC’s overall standings.

The Steelers will be playing to win the game, but they should also be playing to get a handle on what works and what doesn’t against New England this season (reminder: almost everything they’ve tried previously hasn’t).

Because win or lose on Sunday, the anticipated matchup in the postseason with the Super Bowl at stake will be the game that ultimately defines the Steelers in terms of how they stack up against the Patriots.

Much as they’d like to, the Steelers won’t be able to exorcise the ghosts of AFC Championship Games Past this holiday season.

Those visits won’t occur until next month.