Steelers and Ravens Battling More Than Each Other This Time 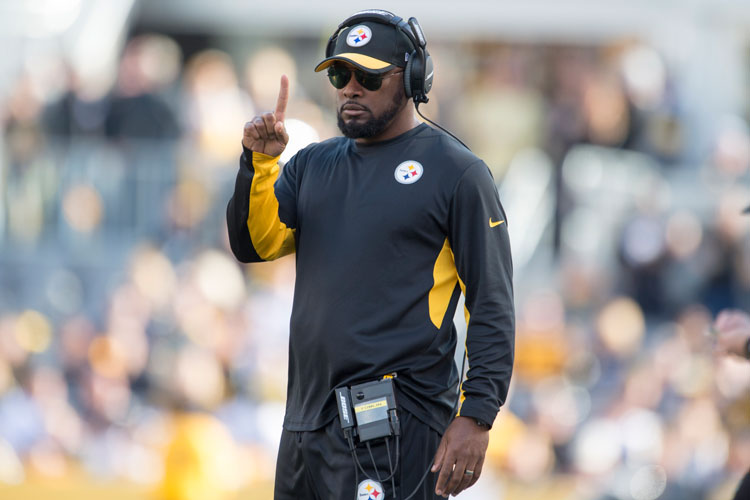 In a week that normally provides the anticipation of one of the game’s better rivalries, the head coaches on both sides are instead being asked about fans burning jerseys.

Welcome to a Steelers-Ravens week unlike any other.

The events of last Friday, when the president unleashed what the NFL interpreted as an attack on its players –– “the S.O.B. statements,” Mike Tomlin emphasized for clarity’s sake –– and the subsequent national anthem fallout and demonstrations of protest that stretched as far as England, have changed the game.

Since Chicago, the Steelers have deployed a second receptionist when normally one suffices to handle the avalanche of phone calls.

Since Chicago, the Steelers’ have positioned a security guard at a secondary entrance to their practice facility where normally there is none.

Since Chicago, offensive tackle Alejandro Villanueva, the Steelers’ combat veteran, has publicly regretted “making the organization look bad, my coach look bad and my teammates look bad” –– all because he put his hand on his heart during the national anthem.

“I don’t know why Villanueva was apologizing,” Tomlin maintained. “He has nothing to apologize for.

“I guess he just feels like he brought this upon us in some way, and that’s a shame.”

The reaction that forced Villanueva’s hand, particularly that on social media and from media outlets that blatantly followed an agenda rather than the story, is almost tragic.

The Steelers’ intent was to avoid controversy in Chicago, to avoid offending the supporters they value, the communities in which they are active participants and the military and public servants they admire by remaining out of view during the national anthem in response to comments Tomlin perceives to have been made to “seemingly goad certain athletes into demonstrating.

They’re getting it from both sides, anyway, to the extent that Steelers president Art Rooney II felt compelled since Chicago to post a letter to “members of Steelers Nation” clarifying the intent of a response that should have been obvious to anyone who was paying attention.

Sadly, that’s gone out of style.

Political ideologies are adhered to no matter what.

Clarity and reality are often the casualties.

The Steelers, Tomlin insisted, “worked hard to be extremely clear, even though in these times at times it’s difficult to be perceived that way.”

It’s the same in Baltimore, where John Harbaugh and the Ravens are feeling the backlash of their actions prior to the kickoff against the Jaguars in London.

Added Tomlin: “The great ambassador Dan Rooney, man, [he] left a legacy for us to follow and we intend to follow it. We want to do things and do things right, take this platform that is the National Football League and utilize it for good, be positive members of our community and play and play to win. That’s a guiding force for us. It has been and it won’t change.”

The Steelers and Ravens are being challenged along those lines like never before.

And they’re not alone.

“It’s not just us,” Steelers guard Ramon Foster maintained in the locker room in Chicago. “If viewership is down, jobs will end, the sport will die out. I don’t know an America that wants to live with that because of what someone or some organizations say to try to divide us.