Steelers All-in on Minkah, but at What Cost?

Their trade for a top-end safety in the wake of losing quarterback Ben Roethlisberger may not be enough to salvage their season. And if it isn’t, it’s a trade the Steelers might ultimately regret, no matter how well Minkah Fitzpatrick pans out.

Pat Narduzzi gets a pass this week.

It only took the loss of the Steelers’ franchise quarterback for the remainder of the season and a subsequent seismic shift away from an organizational philosophy that had been religiously adhered to since the Johnson administration to knock Pitt’s head coach and the Panthers onto the back burner, at least for the time being.

My intent since late last Saturday afternoon had been to skewer Narduzzi this week.

To express the offense that bordered on outrage that I had taken to Narduzzi’s unconscionable decision to kick a field goal from the 1-yard line, down seven, with just under 5 minutes remaining in what might have been the final Pitt-Penn State game many of us live to see.

To blast Narduzzi for an act that was nothing less than an affront to what used to define the once-mighty Pitt-Penn State rivalry.

But all of that will have to wait.

Ben Roethlisberger’s elbow and the Steelers’ decision to trade their first-round pick in 2020 as part of the price required to acquire safety Minkah Fitzpatrick necessitates further review.

A great deal of it, actually, considering the last time the Steelers traded a first-round pick was in 1967.

When Roethlisberger was unable to answer the second-half bell on Sunday afternoon against Seattle, it seemingly signaled the end of the Steelers’ season a mere six quarters after it had gotten started. 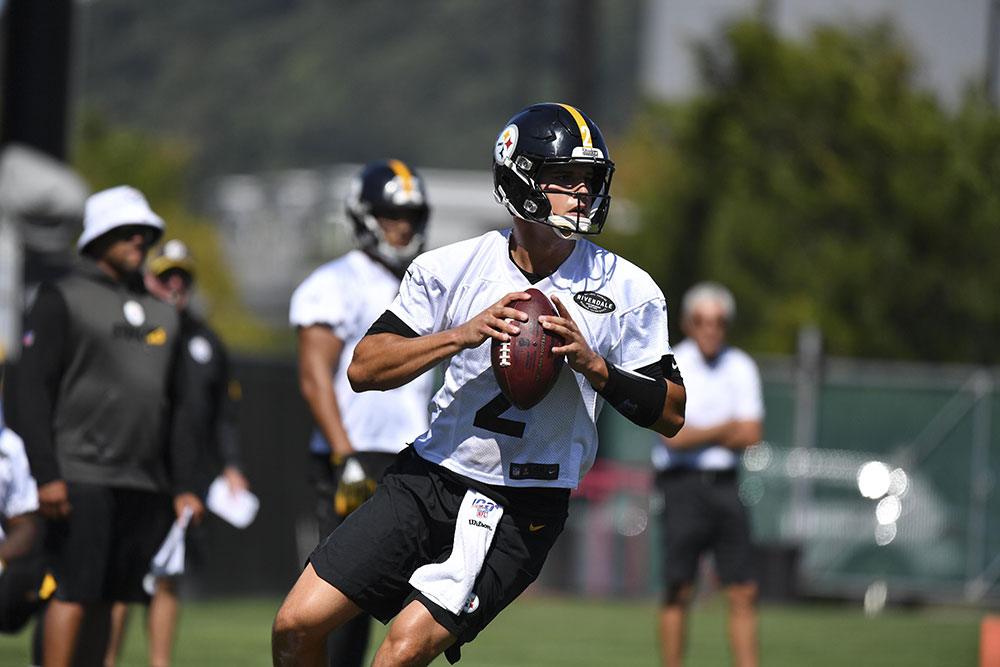 Replacement Mason Rudolph was the clear No. 2 coming out of training camp, but it remains to be seen if he’s ready for this.

Let’s assume for the moment that he’s not (a reasonable assumption until if and when Rudolph proves otherwise).

In that event, the Steelers are destined to lose a great many games and that 2020 first-round pick they dispatched to Miami might wind up becoming a high-end commodity.

The kind you can turn into your next franchise quarterback.

Or your next elite edge rusher.

Or your next shutdown corner.

The Steelers might need one of each by next year’s draft.

They opted instead to bring aboard a safety now. Fitzpatrick was highly decorated at Alabama and did nothing in his one-season-plus-two-games tenure in Miami to suggest he was over-hyped or over-rated last April.

He’s a player. He’s also playing on just the second year of his rookie contract (such players usually aren’t available for consideration in trades).

Pulling the trigger in this instance was similar to the Steelers aggressively pursuing veteran cornerback Joe Haden a couple of years ago when Haden was released by the Browns just before the 2017 season commenced.

The Steelers don’t usually go that route, either.

They reversed their field this time, as they had then, without hesitation.

But it remains to be seen at what cost. 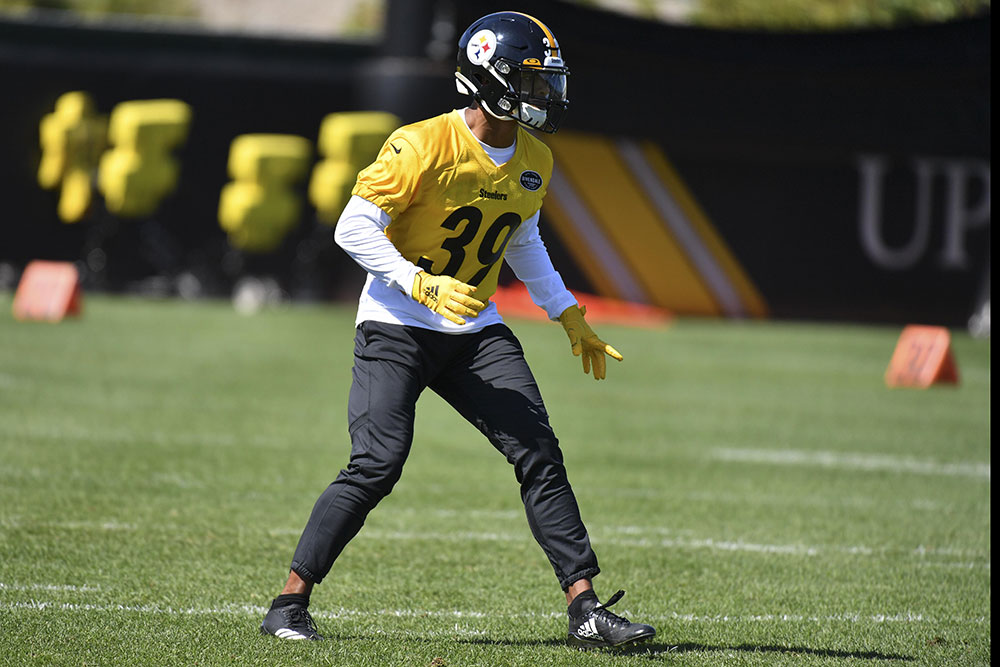 The move may yet prove prescient.

But right now it smells a little desperate.

That’s why you can love the player and still be uncertain about if not uncomfortable with the trade.

Best-case scenario: Roethlisberger returns next season (that’s anticipated but hardly a given) and the Steelers pick up where they left off, except this time with a quality safety next to Terrell Edmunds, one who has already been incorporated into their defense.

Worst-case scenario: They struggle this season despite Fitzpatrick’s presence, they emerge with a pressing need at QB that’ll have to be addressed either immediately or in a season or two at the most, other holes in the lineup materialize (outside linebacker Bud Dupree not being re-signed is such an example, plenty more might arise between now and then), and they lack the draft capital to achieve at least one resounding quick fix with potentially lasting, high-impact value.

If they wind up having sent Miami the No. 19 or No. 20 overall pick for Fitzpatrick, great trade.

If it’s the sixth or seventh overall selection they ended up giving away, they’ll rue the day.

All we know right now is trading for Fitzpatrick is a much better decision than kicking a field goal from the 1-yard line when you had a chance to tie your rival and possibly achieve an upset victory that would have resonated for the ages.

So the Steelers have that much going for them, which is nice.

The rest is a roll of the dice.