Steelers’ All-for-One Approach in the Eye of the Beholder

JuJu Smith-Schuster and the wide receivers insist they’re more about the team than themselves, and quarterback Ben Roethlisberger suspects they’re sincere. But head coach Mike Tomlin will need to be convinced in the regular season. 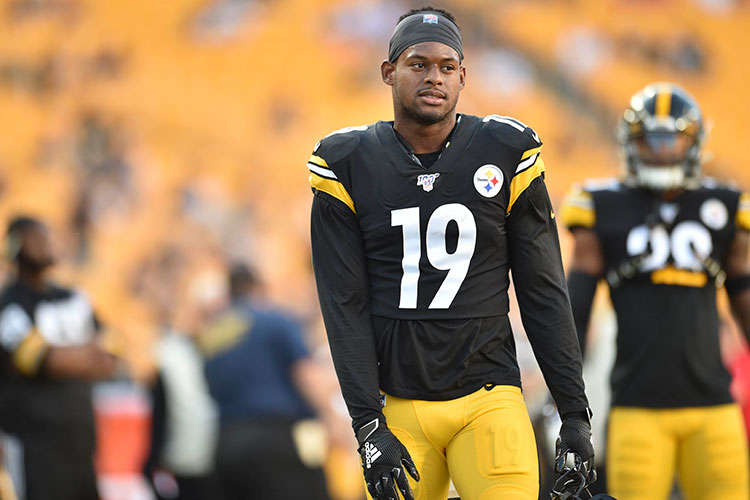 It was a moment Steelers fans had no doubt been hoping for, perhaps the defining development of a feel-good preseason for the eternally hopeful. But to head coach Mike Tomlin, it was gorgonzola.

There was JuJu Smith-Schuster in the visiting locker room on Aug. 25 in Nashville, Tenn., professing the wide receivers didn’t care who caught the passes, how many reps they were allotted or who got the credit.

“We all know that as long as we move the ball, we score, everybody wins,” Smith-Schuster maintained.

Moments earlier, just a few feet away, quarterback Ben Roethlisberger had lauded such “selflessness” on the part of the wide receivers as “special.

“I think you’re going to see more of that than you probably ever have on this team,” Roethlisberger announced. 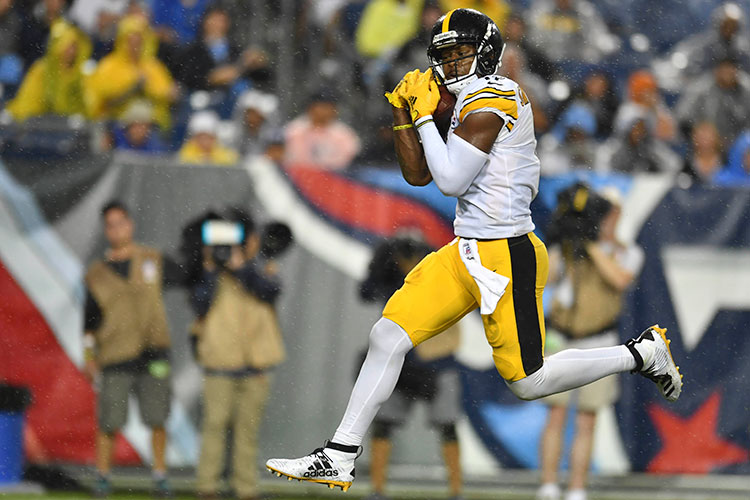 If that comes to pass, it’ll be a 180-degree departure from what life was like with Antonio Brown.

Or Hines Ward, for that matter (Ward campaigned obsessively for the ball but managed not to do so as publicly as Brown).

The potential impact of such a shift in attitude for these Steelers is worth pondering (enough that it was discussed in this very space last week).

It was mentioned to him this week that the wide receivers seemed committed to not pestering, annoying, harassing or otherwise engaging Big Ben all the time on their own behalf.

“Give ’em time,” was Tomlin’s response. 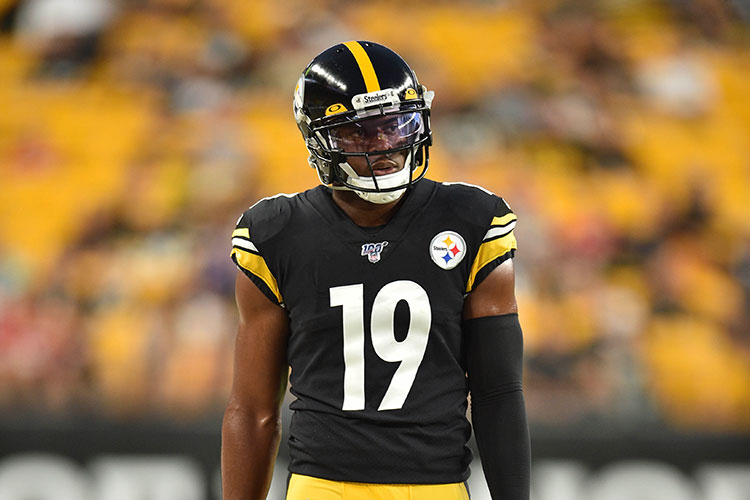 “I haven’t been around a good receiver that doesn’t want the ball,” Tomlin explained. “I’m sure JuJu Smith-Schuster wants the ball.

“I haven’t been around a top-flight wide out that doesn’t want the ball, so forget what they said.”

Tomlin remains skeptical regarding the one-for-all approach lasting once performances in the games, and therefore the individual statistics, become critical.

Committing to such a philosophy in August is one thing.

Doing so against the defending-Super Bowl champions in Foxborough, Mass., is quite another.​

The QB isn’t convinced, either, but he’s optimistic he and his targets might yet be onto something.

“Only time will tell,” Roethlisberger admitted. “But I think they genuinely believe that and are having fun with each other. If we score in practice, they run down and celebrate together. In practice. And I’m like, ‘This is something I’ve never seen before with a group of guys.’ JuJu’s running down there, too (when someone else scores).

Brown, conversely, was happy when Brown scored. He did that 15 times in 15 games last season, so behavior that included periodic sideline meltdowns –– two of the more memorable from last season occurred when the Steelers had tied a game against Kansas City and were about to win one in Jacksonville –– were tolerated. 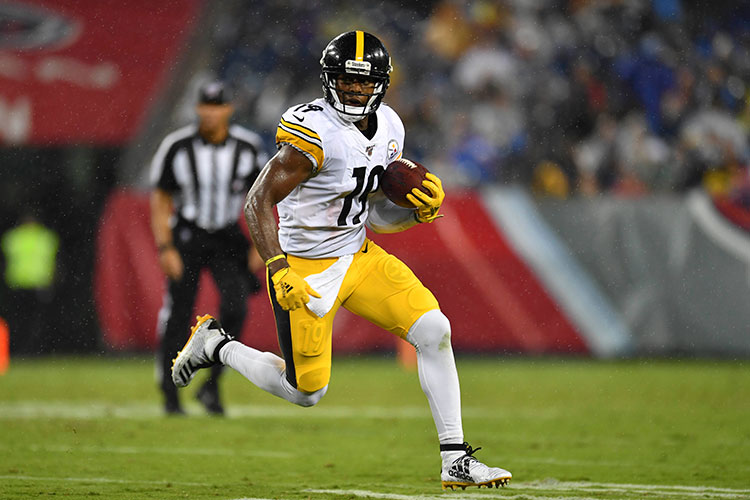 The Steelers might be about to find out what life can be like when they don’t have to tolerate conduct unbecoming from one of their best players.

At worst such a development would be a breath of fresh air.

At best, it’d be a game-changing revelation.

The catch is, you have to score to celebrate together.

And you have to win consistently to appreciate the winning over the individual statistics.

And both of those equations are about to become a lot more complicated, beginning Sunday night at New England.

Counting Down the Top 5 HOME Stories of 2020