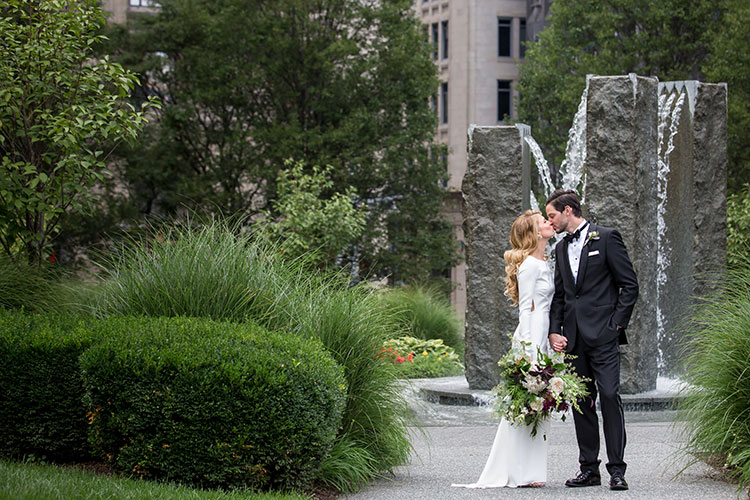 photos by weddings by alisa 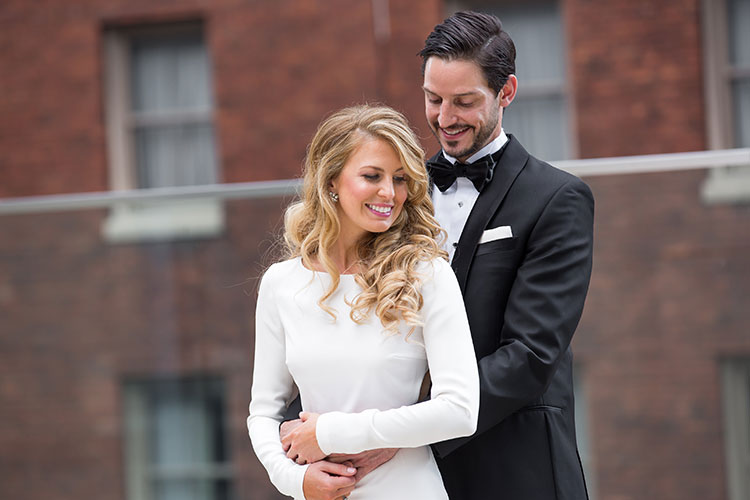 When Dale Met Christina.
In 2011, Christina Tavella and Dale Meinbresse were working in the same building but for different companies.

Christina would take walks during her lunch break around Station Square, and Dale, who was in sales, was always in and out of the building for meetings. The two would often pass each other and smile at one another.

One day, Dale asked Christina if she would get coffee with him some morning, and, as Christina says, “the rest is history.”

“I felt like we both had been eyeing each other up, so I was pretty excited when he finally asked,” Christina says. 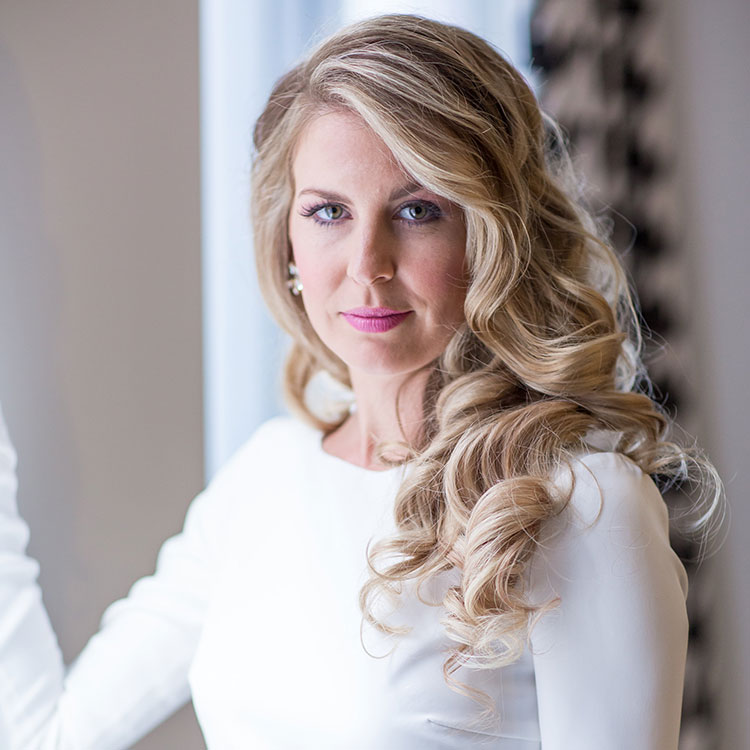 She Said Yes.
On the weekend of Christina’s 30th birthday in 2015, the couple took a trip to a cabin they owned in Ohiopyle. On Sunday morning, they went to Nemacolin Woodlands Resort to go dog-sledding.

“[Christina] had no idea I was going to propose, and I wasn’t exactly sure when the dog sled was going to come to a stop for it to happen,” Dale says. “It definitely made it a little more interesting for me.”

At one of the stops, Christina and Dale got out of the sled to stretch their legs. When Christina turned around, Dale was on one knee, and the two became engaged in front of the musher and his dog team. 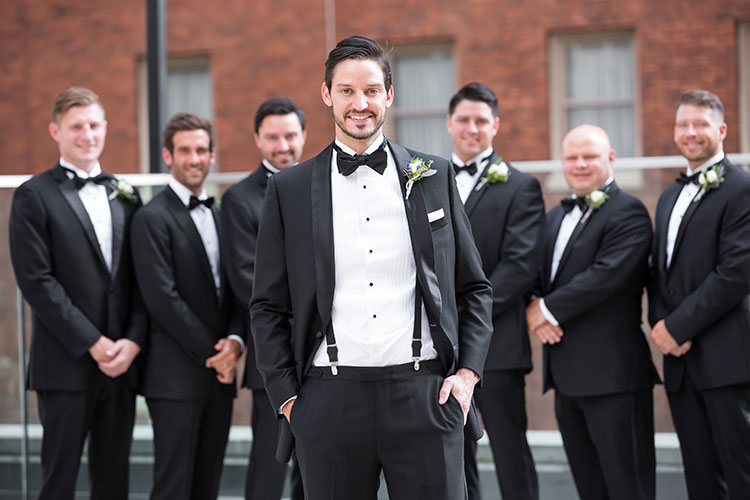 The Big Day.
Because Christina and Dale are both from Pittsburgh, they knew they wanted to get married in the city. They chose Hotel Monaco Downtown for their ceremony and reception, taking advantage of the boutique setting by using different rooms for different events. Their ceremony was held in the foyer between the ballrooms, followed by a cocktail hour on the roof, and then dinner in one ballroom and dancing in the other.

“The best part was the first look Dale and I did on the rooftop,” Christina says. “Nobody was there except the photographers. Those few moments by ourselves were wonderful.” 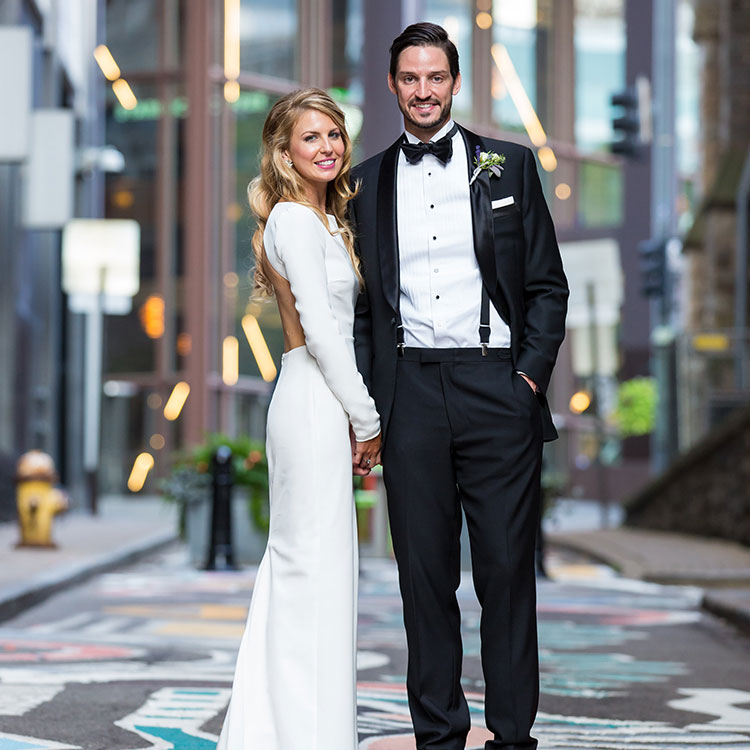 Happily Ever After.
After their wedding, Christina and Dale honeymooned in Kauai and Napa. Christina, 32, is director of financial reporting at Aufman Associates, Inc. Dale, 33, is a senior partner, CFP, at New York Life. The couple lives in Mt. Lebanon with their cat, Jackson, and their dogs, Maxwell and Penelope. 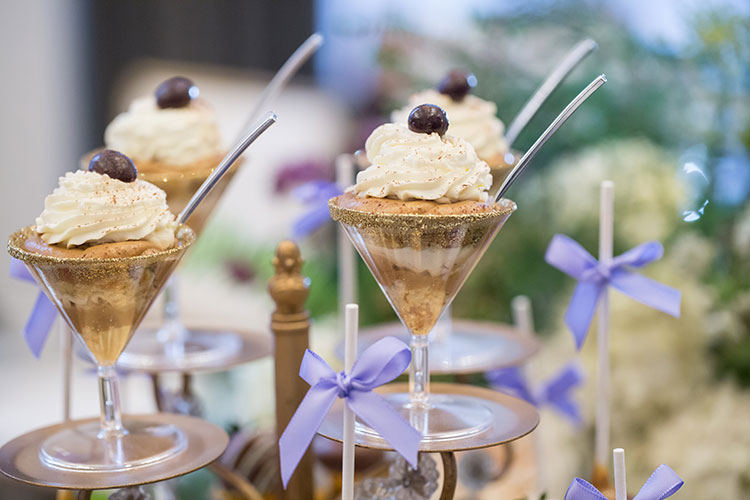