Stargazing: 4 Downtown Hangouts Up On the Roof

Pittsburgh is adding to its list of rooftop establishments where you can find a food, drink, live music and more. 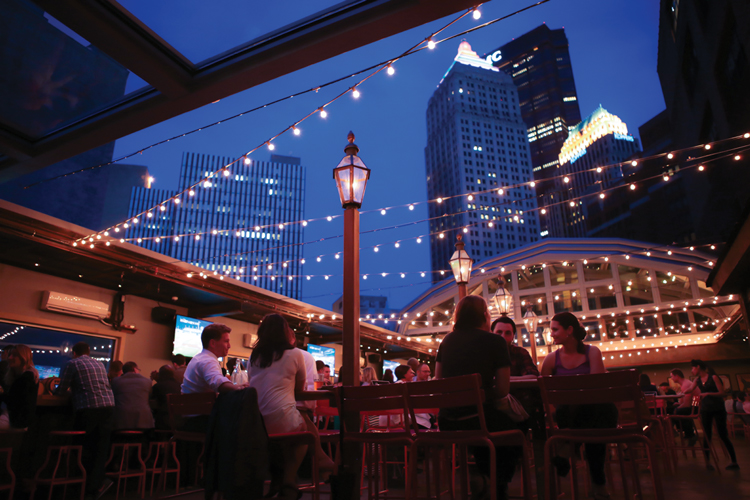 Within Pittsburgh’s city center, you can find plenty to eat, plenty to do and plenty to see — and you also can find things to eat or do on city rooftops. Under the stars. Even if it rains — depending on the spot. (Because you know it will.)

Six Penn Kitchen led the way for this experience, debuting a rooftop patio when it opened nearly 10 years ago. Enjoy selections from the restaurant’s full food and drink menus, as long as the weather cooperates, and get a good view of the fireworks over PNC Park.

A newer hotspot is Sienna Mercato; executive chef/managing partner Matthew Porco says he included Il Tetto, the uppermost floor of the three-story establishment, to put Pittsburgh on the same plane as other major metropolitan cities that offer rooftop experiences. Mostly a spot for sipping craft cocktails and mingling while you wait for a table on one of the other two floors, it’s open year-round, thanks to its retractable glass roof providing a view of downtown’s high-rises.

You also can experience the “rooftop shindigs” that Pittsburgh Downtown Partnership holds during summer months on the top level of the Theater Square garage. The events feature live music, films, craft cocktails, food and more, and admission is free.

Not enough? The new Hotel Monaco Pittsburgh has plans to open a public beer garden on its rooftop deck this month.