Bell’s special, but he’s not unique. The Steelers will need to identify his replacement sooner or later, perhaps even sooner rather than later. 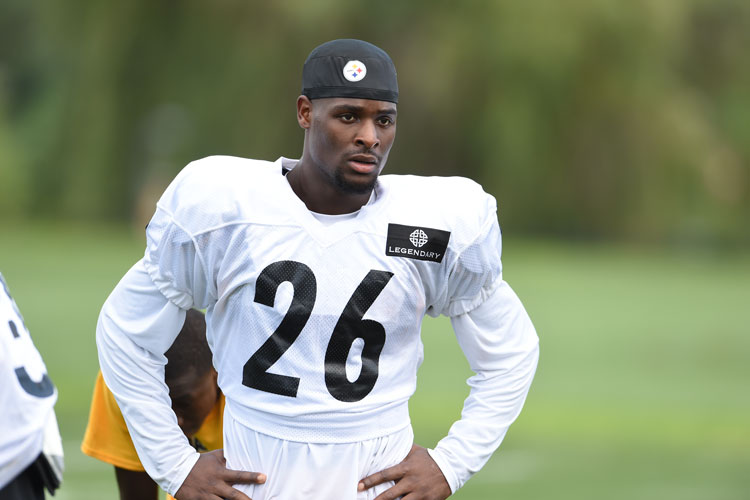 Le’Veon Bell’s ongoing contractual staredown with the Steelers has, to borrow an analogy from Mike Tomlin, taken on a two-trains-one-track feel about it.

The only question is, when?

The Steelers value the player, as they should a player who is among the very best in the game at his position. They’ve reportedly offered up monster dollars that dwarf what the rest of the NFL has been willing to commit to a running back.

Bell, seemingly intent on becoming the NFL’s “Norma Rae” of RBs, wants what he maintains he deserves regardless of pay scale. He has an argument, but the collective bargaining agreement between the NFL and its rank and file won’t allow him to state his case on the open market just yet.

The Steelers have placed a franchise tag on Bell, as they had a year ago.

The two sides have until July 16 to hammer out the long-term deal both insist they’re still seeking.

But if that didn’t happen a year ago, why would it happen now?

The best the Steelers can realistically hope for is a repeat of what happened a year ago, Bell skipping all of the offseason and training camp and then showing up just before the opener on the way to becoming an All-Pro.

But this year Bell has upped the ante. He told espn.com just before the Steelers’ playoff loss against Jacksonville that he might retire prior to 2018 rather than play under the franchise tag again. Bell doubled down in an interview with billboad.com that was posted this week:

The thought of Bell sitting out rather than playing for the $14.5 million franchise compensation seems preposterous.

Bell potentially waiting until Week 10 to report (the deadline to earn an accrued season) and in the process forfeiting over half of that $14.5 million, likewise, comes off as an idle threat.

But what if it isn’t?

There won’t be a third franchise tag in 2019 because the escalating compensation would be north of $23 million, so Bell’s days with the Steelers are seemingly numbered.

Would he really opt for the minimum number of days remaining to make a point and still make it to free agency?

The Steelers had better be prepared for such a turn of events, just in case.

And that means drafting a running back or signing a free agent (the latter option would be a lot more difficult due to the limitations Bell’s franchise tag will have on the Steelers’ salary cap and their needs at other positions, specifically on defense).

Odds are they won’t find another Bell.

But when the Saints went looking for a running back last season they found Alvin Kamara on the third round (67th overall), and he wound up with more receiving yards (826-655), a higher yards-per-catch average (10.2-7.7) and more receiving TDs (5-2) than Bell.

And the Chiefs waited until the 86th overall selection (also in the third round) until they selected Kareem Hunt, and he came within 164 yards of matching Bell’s NFL-leading total from scrimmage (1,946-1,782).

Bell’s special, but he’s not unique.

The Steelers will need to identify his replacement sooner or later, perhaps even sooner rather than later.

Such players come in a myriad of shapes and sizes, Tomlin has periodically offered, and can be found in a number of places. The Steelers have gleaned team-leading rushers among undrafted rookies (Willie Parker), in veteran free agency (DeAngelo Williams), on the receiving end of a trade (Jerome Bettis) and on the second round of the draft (Bell).

It won’t help the defense, but that theory will need to be put to the test again before the inevitable train wreck occurs.