Spotlight on Women in Business: February 2014 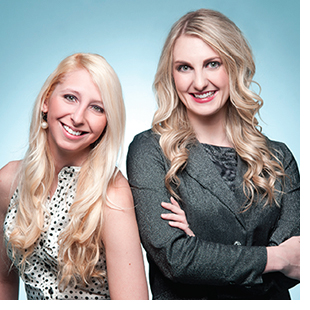 Growing up, Pittsburgh-native Lauren worked in the entertainment industry as a pageant performer, singer, actor and model. Her interest evolved into a more behind-the-scenes role after interning at a modeling agency and helping to produce events at Pittsburgh Fashion Week.

“I was meeting a lot of people, which led me into public relations and being that person that people can go to when they’re trying to start a business or connect with somebody,” says Lauren, who graduated from Point Park University with a double major in legal studies and political science. “From there, I wanted to start a firm so that I could further advance opportunities for people who have similar passions to mine.”

Lewis, originally from New Jersey, spent her younger years dancing and modeling. She started to get more involved in planning and producing events, which ultimately led her to Pittsburgh Fashion Week. There she met Lauren, her “business soulmate,” and they discussed the lack of a public relations agency in the area that dealt with fashion, beauty and lifestyle clients. Pretty Living PR was then launched in the winter of 2013.

“In school, I never found anything I really loved,” says Lewis, who graduated from the University of Pittsburgh with a psychology degree. “I always liked medicine, was interested in it but was never really passionate about [anything] until I came across this. It’s been a whirlwind.”

The firm now offers a broad range of services, including brand development, marketing campaigns, website building and more. Some of their clients are Pittsburgh-based, and they have already represented national clientele and public figures, musicians and authors. In addition, every Pretty Living PR event raises funds for a nonprofit such as Gwen’s Girls and Make a Wish Foundation.

Lauren, the creative lead, and Lewis, the structured manager, plan to open up additional office locations and launch a production and wedding branch in the near future. 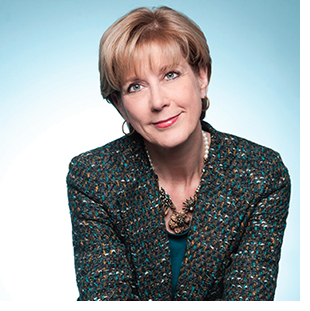 With 19 years under her belt at BNY Mellon (previously Mellon Financial), Donna Hudson has successfully transitioned into the company’s newly created role as Pittsburgh Regional Manager.

Bringing her background in strategic planning and program management, Hudson represents the Office of the Chairman of BNY Mellon Pennsylvania (an entity that covers both Pittsburgh and Philadelphia branches). She reports to the chairman, oversees Pittsburgh regional employee and community engagement strategies (including local government relations) and facilitates business collaboration, among other responsibilities.

Previously, Hudson worked in corporate program management, where she helped to develop BNY Mellon’s global footprint plans as well as review best practices across the company’s six global delivery centers, which include Pittsburgh.

“I had the opportunity to bring that expertise and prior experience in order to make a real difference for my colleagues in Pittsburgh,” says Hudson, who holds both a bachelor’s degree in accounting and an MBA. “The creation of this role reflects BNY Mellon’s commitment to employees in this region.”

Part of Hudson’s role is to maximize long-term employee development, with Pittsburgh being the company’s largest employee base globally. At 7,700 employees, the location represents 15 percent of BNY Mellon’s global workforce. With her new role, she has increased connections across employee groups and launched the first internal career fair.

Another addition that Hudson brought to BNY Mellon was the Women’s Initiatives Network, which focuses on the professional development and advancement of women employees. After the merger between Mellon Financial and Bank of New York in 2007, Hudson started this employee resource group in Pittsburgh. The network now has over 1,100 members, and Hudson acts as co-chair of their mentoring program at the corporate level, giving back some of what she’s learned.

“Be honest about your areas of strength and seek out roles that play to those strengths,” advises Hudson, who is married with two young adult daughters. “Think creatively because it’s the combination of education, prior experiences and your natural abilities that weave together to form your qualifications for any new role.” 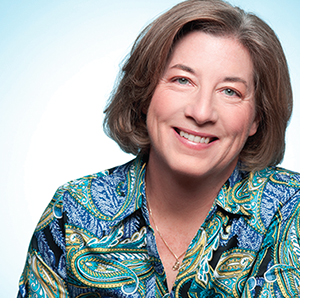 A native Texan but Pittsburgher at heart, Laura Grunert is as entrepreneurial as it gets. After working as a production manager at a graphics company, she started her first company, Espirit Graphics. There, she operated as a liaison between designers and printers, employed a handful of people and managed a successful business for 13 years. With a desire for more creative input, she decided to move on and try something else.

She headed back to school, commuting daily to West Virginia University for landscape architecture, while she simultaneously took on a job with a contractor doing residential painting. That side-job, along with her new degree, directly parlayed into her current company, Jane of all Trades. The business specializes in residential painting, landscape design and installations.

“It happened out of pure frustration,” says Grunert. “I worked so hard through school, but the landscape architecture profession was hit hard by the recession. If I was to continue painting, I wanted to be compensated for my level of expertise. So, I decided to get out there and tell people what I could do.”

She designed a logo, got licensed, printed out some flyers and introduced herself around the neighborhood. Within weeks, she had clients and has grown exponentially every year over the past five years.

“I feel so strongly this is who I am as a person,” says Grunert. “I’m doing things I love to do, and I chose them later in life. Jane of all Trades is a culmination of all my previous business experience, education and passions.”

Grunert does the painting work while also operating as a landscape architect for any clients seeking landscape design. For landscape work, she contracts with other builders, installation and landscape companies to bring the design to fruition. She approaches every job from a holistic standpoint, collaborates with her clients and manages the project to ensure the design integrity is fully met.

“I feel very authentic, and I think that comes through when I talk to clients,” says Grunert. “I’m very passionate about everything I’m doing, transforming spaces inside and out. I complete a project and go onto the next job, but my clients live there, and I take that responsibility very seriously.” 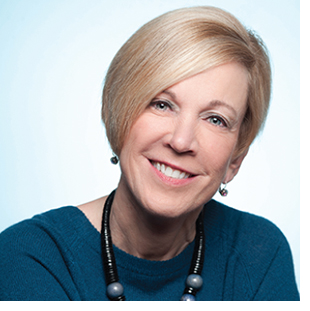 After years of working in sales and management for large companies like AT&T and MCI, Michele McGough saw an opportunity in the marketplace as networks, voice services and data services began to converge.

With that in mind, she decided to start her own company. Solutions4networks is her professional services company that provides network engineering in the areas of voice, unified communications, wireless, data centers, network security and more. It takes care of design, engineering and implementing technologies and also helps companies decide what kind of technology they should use, drawing upon leading-edge technologies made by companies like Cisco.

“I’m sort of the chief optimist,” says McGough of her role in the company, which employs 20 people. “I’m always looking for the next technology – I love it all. I love that it’s never boring and is constantly changing.”

Since opening her business 15 years ago with $15,000, Solutions4networks has been profitable every year with most of their clients (both multi-national and local) coming through referrals. Solutions4networks opened a branch office in Harrisburg last year and continue to grow by expanding into technologies that are vital to clients.

McGough is also a big proponent of giving back. Early on in her career, she wasn’t surrounded by many mentors. Today, she mentors young women and women-owned startups to try to pass along what she’s learned in her own ventures.

“Take a good look inside yourself to make sure you’re ready as an individual to dedicate yourself to starting your own business,” advises McGough, who received her graduate degree from Duquesne and attended Carnegie Mellon’s Entrepreneurial program. “It can and does consume you, and you have to be in it for the long haul. The joy is more in the journey than the destination.”

McGough is also a big advocate of the Women President’s Organization and is a regular volunteer with Semper Fi Odyssey, a six-day, holistic transition-assistance event that helps injured veterans and service members get ready for life and success after the military. 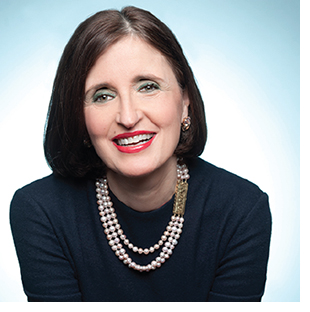 Born in Buenos Aires, Argentina, Dr. Marcela Böhm-Vélez moved to the United States at a young age and decided early on that she wanted to become a physician. She graduated from Washington & Jefferson College with a pre-med major, completed a residency in radiology, followed by a fellowship in women’s imaging at West Penn Hospital. She became director of the ultrasound department, and worked there for the next 13 years while lecturing nationally and internationally, while publishing a book and various articles in her specialty.

Dr. Böhm-Vélez, who graduated from Medical College of Pennsylvania, was then asked to become a partner at Weinstein Imaging Associates, a private group specialized in women’s imaging. Some key services include 3D and 4D ultrasound, 3D digital mammography and breast ultrasound. Dr. Böhm-Vélez and her fellow doctors pride themselves on offering some of the highest and cutting-edge technology that exists. She educates herself on the newest technologies and decides whether they are beneficial for her patients.

Dr. Böhm-Vélez says most of the breast cancers that she and her colleagues diagnose are treatable – one out of eight women will be diagnosed with breast cancer, and about 96 percent will survive.

She also stresses the importance of seeing more women being represented in leadership positions in the medical field, something she says involves a lot of volunteer work and time commitment.

“It’s not easy, but it can be done,” says Dr. Böhm-Vélez. “Almost 50 percent attending medical school are women, yet not many of these women have assumed leadership roles. Women have intuition, compassion and sensitivity, and we need more of that in positions of authority or leadership.”

Dr. Böhm-Vélez also devotes her energy and passion into various projects and organizations. She is a board member of WQED and a fellow of the Society of Radiologists in Ultrasound (one of 100 members in the world). She also travels frequently to Latin America to give lectures to doctors in the hopes of them implementing some of these new technologies that she has embraced.

This article appears in the February 2014 issue of Pittsburgh Magazine.
Categories: Women & Business