Spotlight on Theater in Pittsburgh: Shakespeare Like You’ve Never Seen Before

Shakespeare’s comedy is reimagined through the Black experience while featuring LGBTQ characters and a magical Harlem setting. 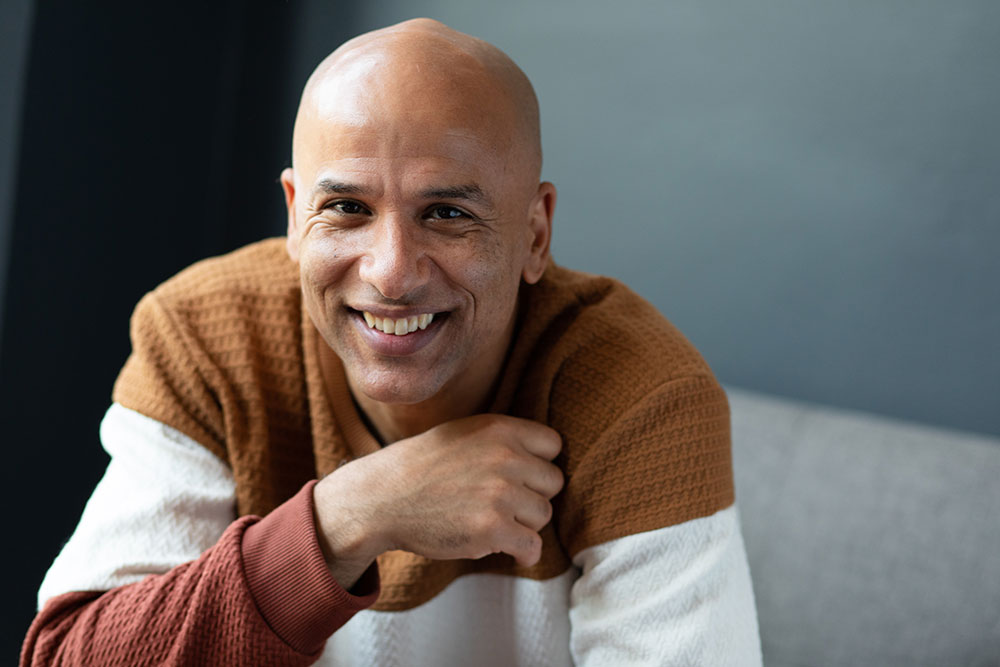 When Justin Emeka was doing theater in his youth, it was difficult to figure out how he fit into the world of plays written by a white man for white audiences in the 1500s.

Things changed after he was invited in 2004 to perform in an all-African American production of Shakespeare’s “King Lear” directed by Harold Scott at Yale Repertory Theatre, featuring Avery Brooks as the title character.

“They really opened my eyes to just the potential of how to claim your space inside of Shakespeare in a way that really kind of blew the lid off the whole canon for me,” Emeka says. “Just being able to really see myself as a person of color, as a Black person, inside of Shakespeare … gave me access to a lot of the stories that I felt I had no access to.” 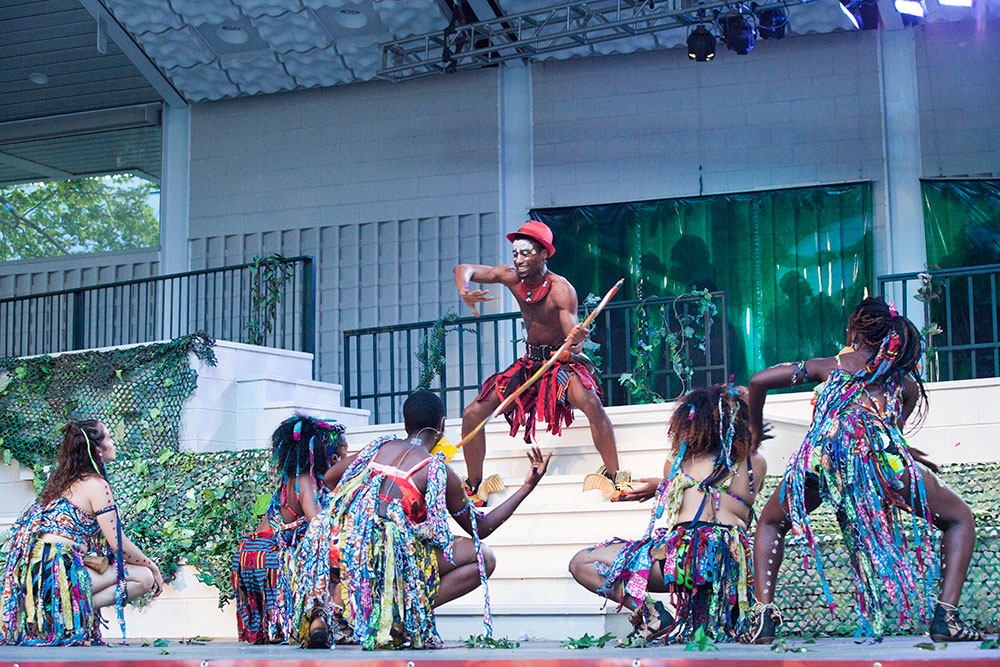 Ten years later, he premiered “A Midsummer Night’s Dream in Harlem” at The Classical Theatre of Harlem; today, nearly a decade after that show, he’ll bring it to Pittsburgh Public Theater.

Emeka’s version is set in the original ancient Athens, but it’s re-imagined through the lens of the Harlem Renaissance during the 1920s and 1930s. It was a time when Black people were artistically reimagining themselves on their own terms, says Emeka, who is currently Resident Director at the Public as well as a professor at Oberlin College in Ohio. 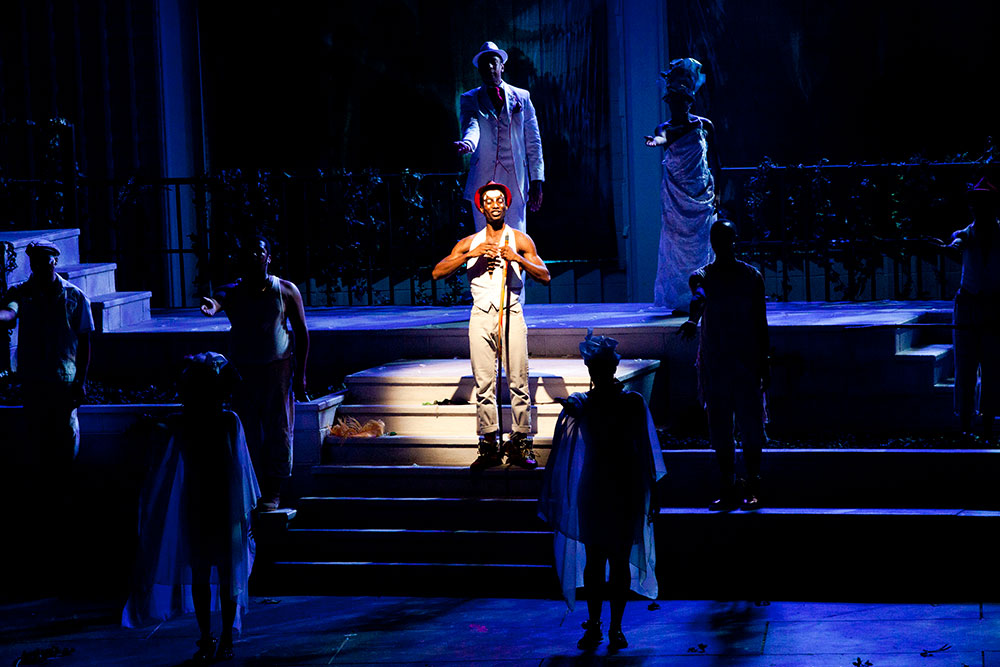 “I’m not really trying to relocate the audience in a block in Harlem … but more channel and invite the spirit of Harlem, so to speak, into the theater.”

Most of the language is the same, but audiences will find updates in the cultural references and the plot.

“I think a lot of audiences are hungry for this,” Emeka says. “Honestly, people are either going to love, love, love it or people are going to be like, ‘Why didn’t you do it the quote-unquote regular way?’ But that’s kind of always been the case with Shakespeare’s work.”

In Shakespeare’s version, Hermia loves Lysander, but her father has another husband in mind for her; in Emeka’s version, Lysander is Lysandra, and Hermia’s father forbids her from marrying a woman. 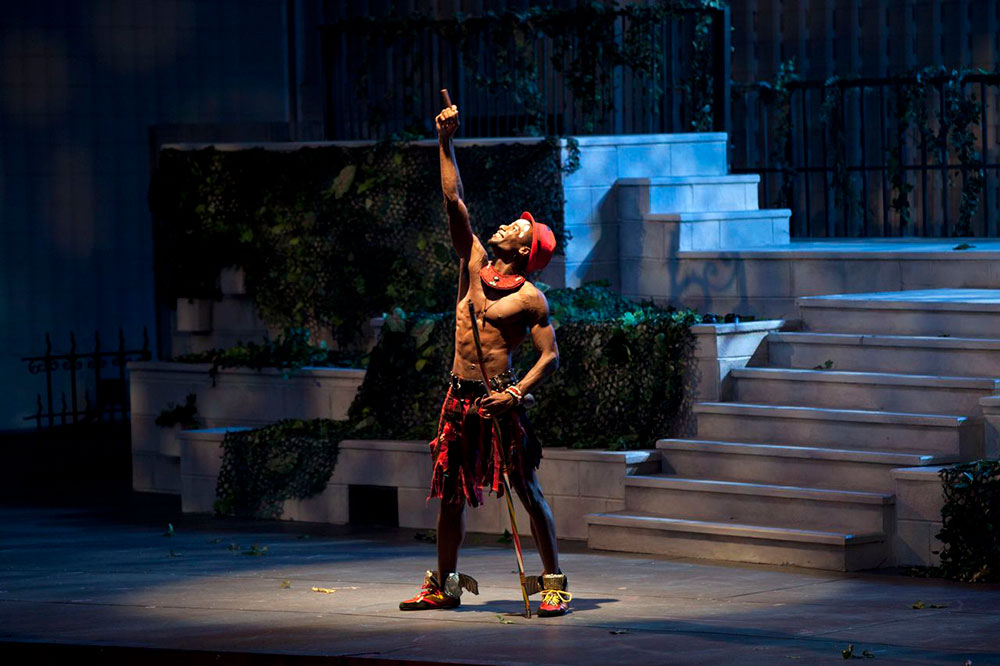 “We’re in an exciting time though in the American theater and the world theater honestly of looking at these quote-unquote classics through contemporary lenses that can incorporate race, that can incorporate gender, that can incorporate ethnicity in much more intentional ways that help tell Shakespeare’s story and help shine a light on parts of our community and culture that might be overlooked or hard to talk about,” Emeka says.

The mystical elements from Shakespeare’s tale will come to life through West African traditions. The choreography also draws from West African influences, as Pittsburgh CAPA graduate Chrisala Brown attempts to capture the spirit of Harlem through movement.

“I want people to sit back and enjoy what they’re seeing even if it may be different from what they’re used to seeing,” the choreographer says. 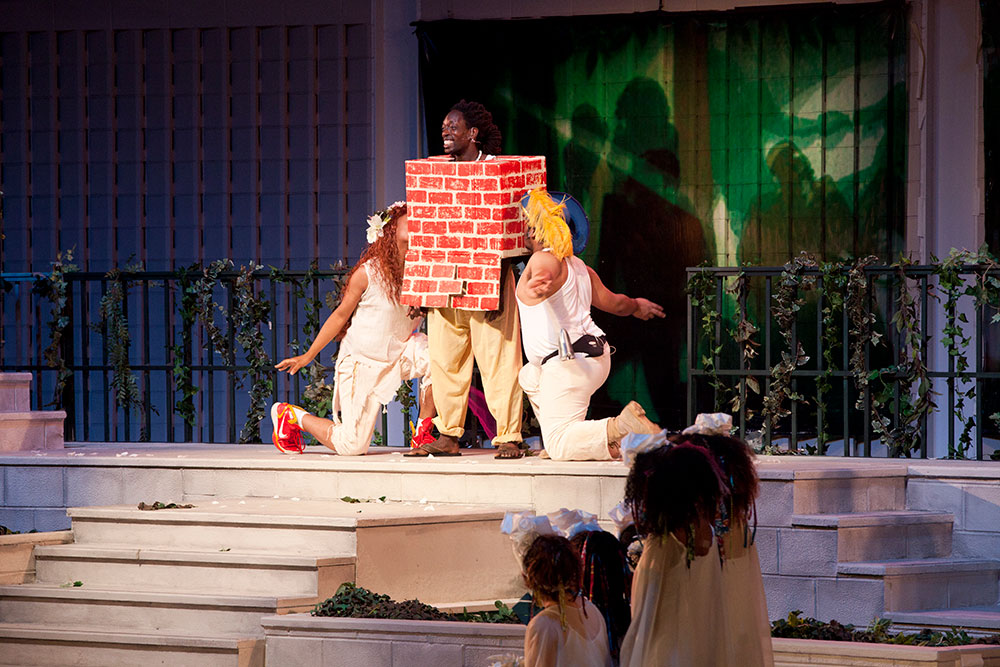 Brown also hopes the audience looks at the larger picture.

“What does it mean when I can bring parts of myself into spaces that typically don’t have my voice?,” she says. “What happens when I bring African dance into Shakespeare? Can we respect both and still create something that is hopefully able to inspire the future?”

The themes in the play revolve around love and acceptance, which fits perfectly into Emeka’s version.

This article appears in the February 2023 issue of Pittsburgh Magazine.
Categories: Things To Do