Spotlight: A Vision of Pittsburgh

“Romare Bearden: Artist as Activist and Visionary” showcases pieces from the artist’s oeuvre as well as a commentary on his social justice views. 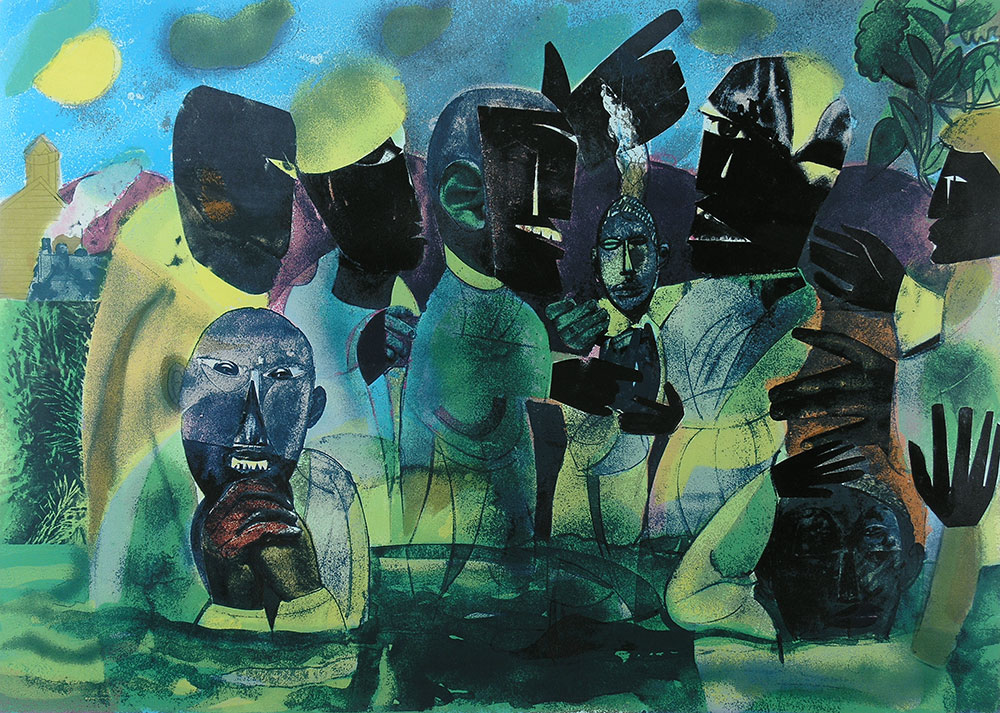 The most recent exhibition at The Frick Pittsburgh provides a stark contrast to the museum’s signature Renaissance-era paintings and tapestries — it’s about Pittsburgh.

“Romare Bearden: Artist as Activist and Visionary,” highlights the life and legacy of the 20th century artist through a diverse selection of his works. Following a photograph captured of Bearden during his creative process, viewers are greeted with the bright, bold colors that have become key components of Bearden’s signature style.

The works explore the ways in which Bearden advocated for social justice and change through his artwork as well as how his personal views and his craft evolved throughout his lifetime.

“I think the work in the show covers everything from Bearden doing social realist work early on to just finding that representing his own community the way he saw it,” says Melanie Groves, manager of exhibitions and registrar at The Frick. “And the way that he experienced it, without any commentary, was in itself revolutionary and was in and of itself an art, an act of resistance and an activist piece because people weren’t necessarily doing that.”

Born to (Richard) Howard and Bessye Bearden in 1911, Romare Bearden was an influential expressionist artist and visionary with ties to the Steel City. Throughout periods of his childhood and teenage years, Bearden lived in Pittsburgh with his grandparents, and he graduated from Peabody High School in 1929.

Much of Bearden’s work exemplifies his connections to Pittsburgh, whether directly or indirectly. His mural “Pittsburgh Recollections” is a well-known piece in the city due to its prominent location at the Gateway T station. The piece “honors the city’s history and its residents’ work ethic,” according to The Frick. A small-scale replica is on display in this exhibition. 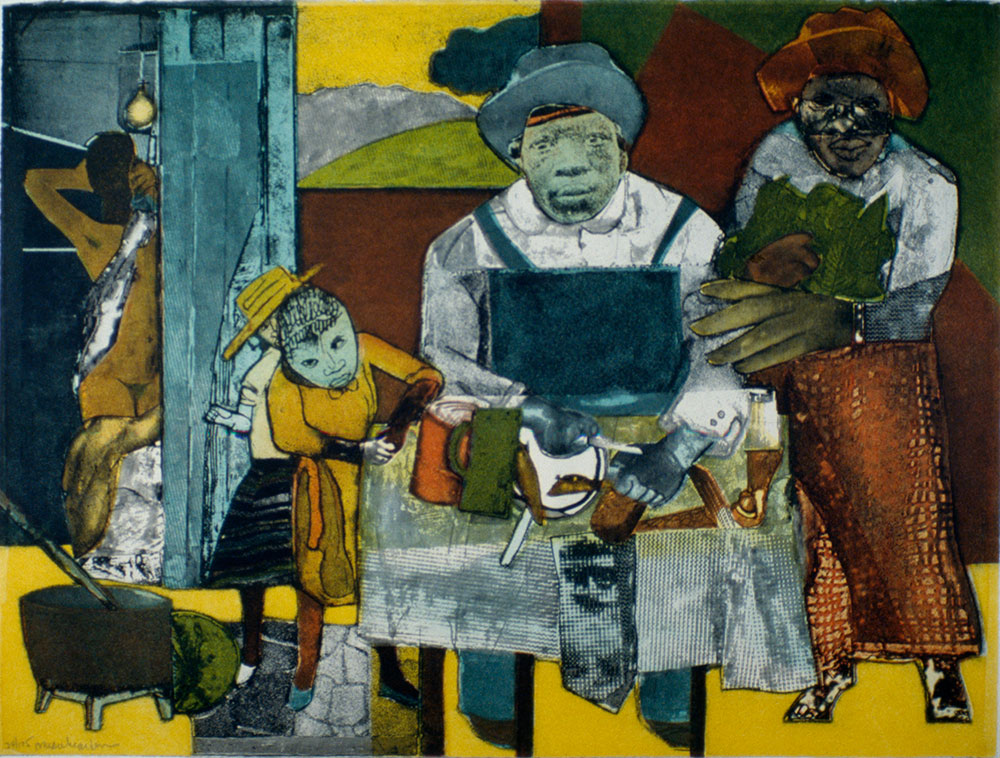 The collection spans from political cartoons Bearden created in the early stages of his career to the collages that became a key part of his signature style; there are even illustrations from a children’s book Bearden wrote, though he did not publish it during his lifetime. The exhibition also includes two of Bearden’s more widely known pieces, “Homage to Mary Lou (The Piano Lesson)” and “Baptism.”

Bearden worked alongside prominent individuals including Norman Lewis and Ralph Ellison and was inspired by expressionist artists such as Matisse and Picasso. He gravitated toward abstract expressionism and used various mediums including tempura, watercolor and collage techniques to create his pieces.

For all that is known about the prolific artist, one thing seems surprisingly unclear: the correct pronunciation of his first name. Groves says that she pronounces it as “Ro-muh-ree,” based on what she learned in college as well as Bearden’s family generally seeming to pronounce it the same way. However, Bearden’s niece, co-director of the Bearden Foundation, pronounces Romare as “Ro-mare,” according to Groves.

Groves hopes that Pittsburghers will develop an appreciation for Romare Bearden, but also hopes that the exhibition will inspire viewers to expand their perspectives.

“There is a vision that is more inclusive, there’s a vision of existence and of celebrating Black culture as it is, whether that’s a ritual of a family sitting down at dinner, or an artwork celebrating a hero like Joseph Cinqué, or creating a new mythology,” she says.

This article appears in the August 2022 issue of Pittsburgh Magazine.
Categories: Arts & Entertainment