Our independent Restaurant Review Panel wanted to highlight a number of special dining events this year that enhanced the city’s culinary experiences. 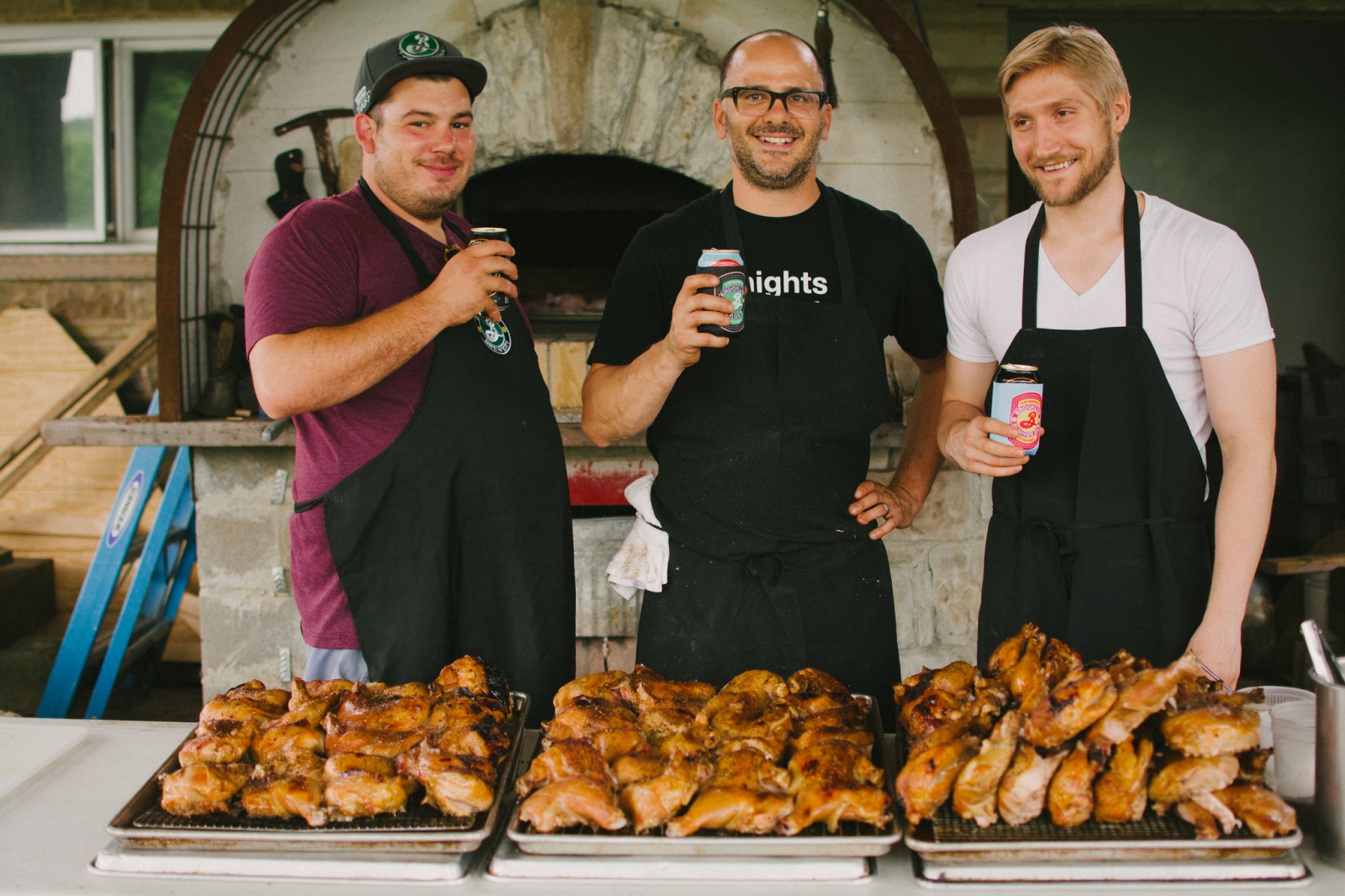 Our independent Restaurant Review Panel also opted to highlight a number of special dining events this year that enhanced the city’s culinary experiences by engaging diners with memorable meals in stunning environments. Some of these dinners were one-off events that featured visiting chefs or highlighted the work of some of Pittsburgh’s finest. Other events marked the growth of what we anticipate will be longer-term fixtures on the Pittsburgh restaurant scene.

Famed chef Thomas Keller (Per Se, The French Laundry) was the guest of honor at an elegant evening that raised more than $300,000 to complete funding for the first phase of the Pittsburgh Botanic Garden’s ongoing conservation project. Although Pittsburgh is a city that generally enjoys celebrating in casual attire, this night was all about classy dress and fine dining. 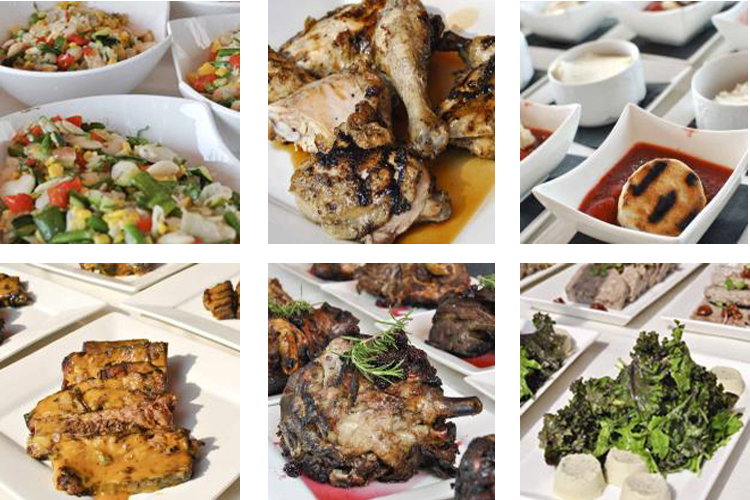 The Rise of Farm Dinners
Farm dinners have become increasingly popular in recent years. Although they’re nothing new, this past year showed Pittsburgh that these events really are starting to hit their stride. And that’s terrific, because who doesn’t want to get out of the city and spend a few hours dining in a bucolic setting? Three in particular stood out among the many outstanding options.

Tara Rockacy at Churchview Farm curated a series of 17 sold-out dinners that highlighted a pantheon of Pittsburgh chefs. Justin Severino’s Italian BBQ at White Oak Farm featured many of the heroes of Pittsburgh’s Italian restaurants.

And, not to toot our own horn too much, but the Pittsburgh Magazine dinner at the Turner Family Farm melded a perfect summer evening of bluegrass music, community and family-style dining with a menu from Executive Chef Cory Hughes of Six Penn Kitchen that included roasted Jamison Farm lamb shoulder, creamed corn and mascarpone panna cotta. 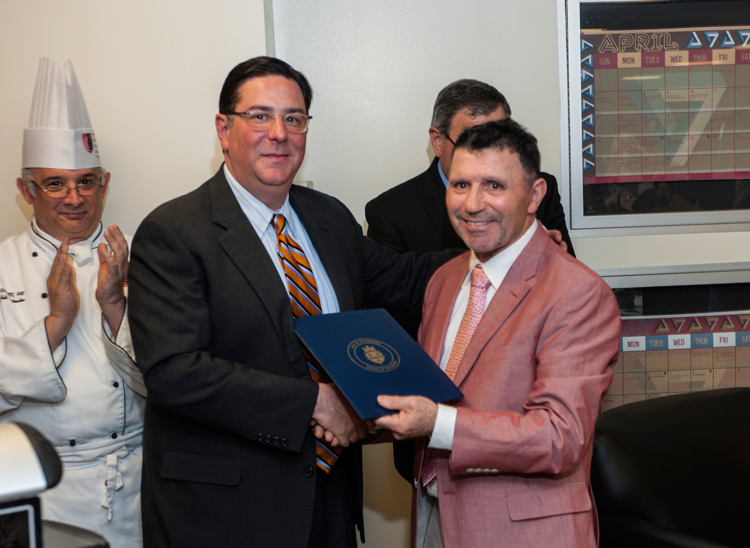 Pais cooked roasted tomato bisque with dill and a Portuguese wild mushroom migas as his contributions to the meal. Additionally, chef/instructors at the Art Institute contributed seven dishes of their own. Proceeds from the event went toward scholarships for culinary students at the Art Institute. 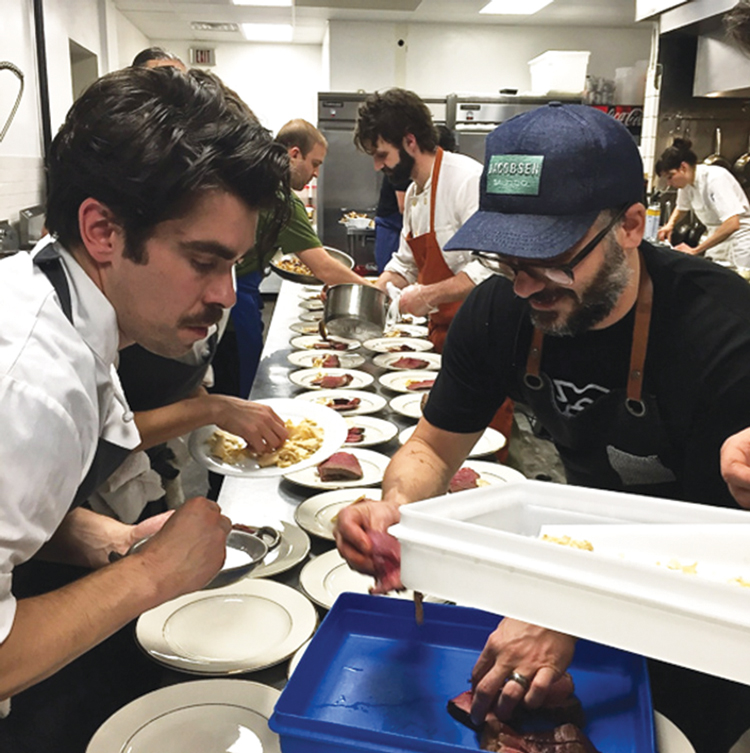 Pennsylvania Game Dinner
November 2014 at the Bar Marco Union Hall
The Union Hall upstairs at Bar Marco hosted some terrific events in the last year, but none was as engaging as the Pennsylvania Game Dinner in November. The meal highlighted the talent of chef Adam Leonti of Vetri in Philadelphia. He teamed with an army of Pittsburgh’s best chefs for a nine-course dinner that raised $9,500 for the Food Revolution Pittsburgh Cooking Club. 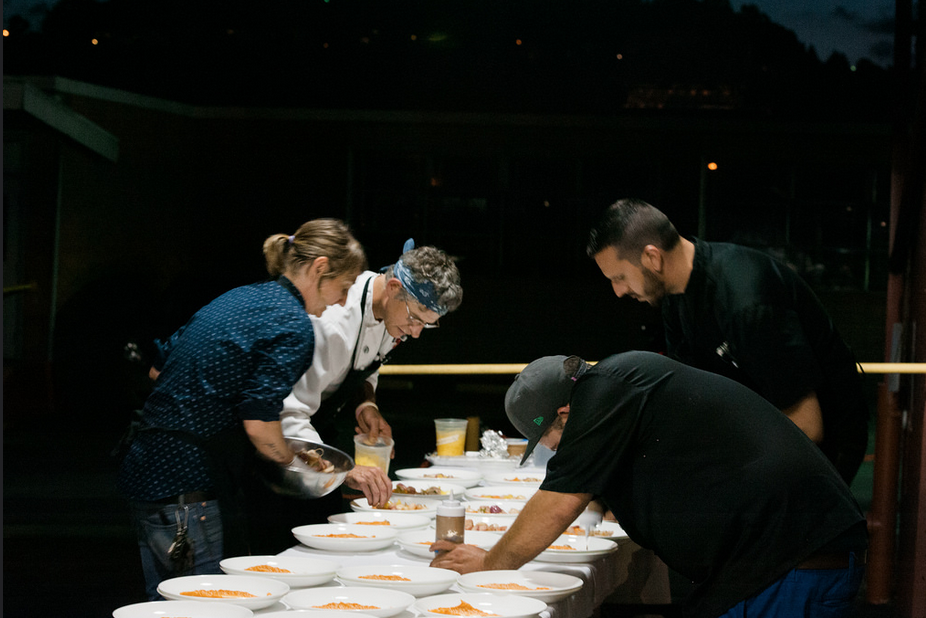 Brooklyn Brewery MASH Tour Returns to Pittsburgh
June 2014
Brooklyn Brewery loved visiting Pittsburgh in 2013 so much that it sent its chef, Andrew Gerson, and his MASH tour back to Pittsburgh for a second round of festivities. The brewery does a great job of mixing of upscale and more accessible events so that there’s something for everyone. On the higher end, there was a spectacular Slow Supper by Gerson and chef Kate Romane of E2 at the John V. Heineman Company warehouse in Lawrenceville. More accessible events included a beer and food-pairing lesson by Gerson at Marty’s Market and a “Found Footage” film festival at the Regent Square Theater.

Orbis Caffe’s Monthly Dinners
Once a month, things get a little foreign at Orbis Caffe in Mt. Lebanon. Owners Sonja and Grant Schutte put on a dinner series that explores the cuisines of countries throughout the world. Grant and his daughter, Holly, cook the meals, which last year included “visits” to Britain, Cambodia and Greece. At a cost of $40 per person, these BYOB events also are a great deal. “You feel like you are in someone’s home and enjoying the excitement of trying new tastes and combinations that the host has made for you to try and enjoy,” said one member of our independent Restaurant Review Panel. 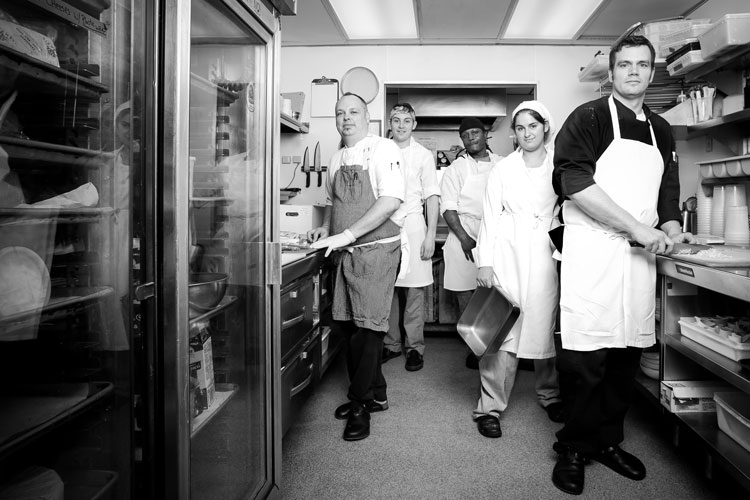 Komen for the Cure Dinner
October 2014 at Casbah
The big Burrito Restaurant group is big on giving back to the community. In 2014, it helped to raise thousands of dollars for various organizations by hosting 58 charity events at its restaurants. Casbah in particular is a hot spot to help raise money, hosting a monthly benefit dinner for a particular cause. The Susan G. Komen for the Cure dinner was a big hit in the series that also raised money for organizations including Muriel’s Breath of Life, Ward Home and the New Hazlett Center for the Performing Arts. Highlights of the five-course dinner were cauliflower risotto and apple bread pudding. “I love those dinners. I get to have a lot of fun with the menus,” says Casbah Executive Chef Eli Wahl.