There is a YouTube documentarian making Pittsburgh look cool through a camera lens. Learn more about him and watch some of his work. 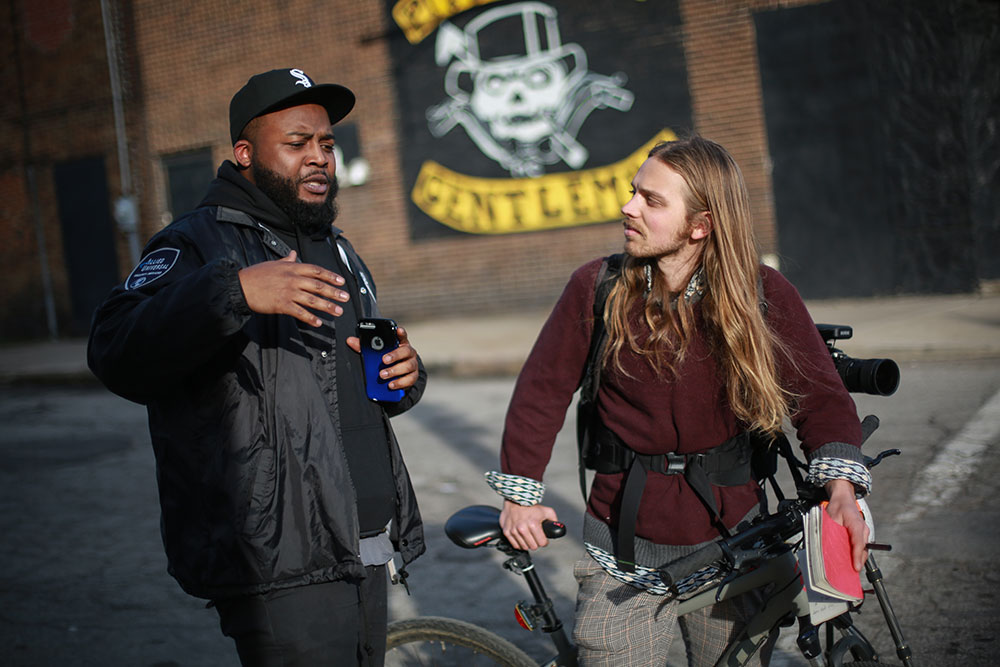 Has an exceedingly polite and well-spoken, hippie-ish blond guy ever knocked on your door asking for a quarter cup of sugar? Have you ever passed an unchained bicycle during a stroll through your neighborhood? Maybe one day there was suddenly less garbage lying around your street?

That might’ve been Dean Bog, a University of Pittsburgh grad who makes YouTube videos about the city.

“My intention with ‘Neighborhoods’ was certainly not to get a bunch of views, it was just to give my best effort to something,” Bog says.

If you already know of him, it’s probably from his “Neighborhoods of Pittsburgh” series, short documentaries he began in 2019 that capture the essence of a neighborhood through his observations, interviews with residents and cinematography.

“As transportation gets better and Pittsburgh becomes more of a hotspot and old buildings get knocked down, it’s homogenizing. Everything is becoming kind of similar, but if you look closely, you will still see that each neighborhood is unique and that each neighborhood has different things to offer. And ‘Neighborhoods’ is largely trying to capture that before it’s gone forever,” he says.

At the end of each video, he scores the neighborhood on categories such as bike lanes and affordability. The cup of sugar test, stolen bike test and trash bag test have all made appearances. For the cup of sugar, he knocks on doors and asks for a quarter cup of sugar.

If you handed out sugar to Bog (whom you could have mistaken for a John Lennon impersonator), know it did not go to waste. He usually whips up a batch of chocolate chip cookies at the end of the video.

The stolen bike test involved leaving his bike unchained in a neighborhood while he filmed for the day. It’s not something he does anymore.

The trash bag involves seeing how long it takes to fill a garbage bag with litter.

Knocking on doors for sugar isn’t easy but it’s not the craziest thing he’s done.

In his video “Living in a City Park for 4 Years – The Story of Ken” posted a little over two years ago, Bog portrays a man who chooses to live in Schenley Park. He literally swims in Panther Hollow Lake before playing basketball in nothing but hiking boots and short shorts.

In “Errold & Etna” posted around the same time, he eats an ice cream cone at Dave and Andy’s in Oakland as two different characters.

“Port Authority Stories,” a previous series, involved talking to random people on the buses. It may look easy but Bog insists it took a lot of courage.

“I would be petrified, it would take me 40 minutes to work up the courage to ask the first person. And then once I cracked through that barrier, I just started asking people left and right,” he says. “And also I would feel so good because you work up this courage, you get so nervous and then you go and ask someone and they say ‘Yeah sure, what do you wanna talk about?’ And then you have an amazing conversation and the person says ‘You just made my day.’”

Not every encounter goes well. In the Sharpsburg episode, he’s accused of being a pedophile, which might seem like a give-up-and-go-home situation to anyone else but Bog makes it part of the video. While explaining that he is a filmmaker with no ill intent at the local municipality office, a person off-camera asks if Bog is recording and why.

“Because this is part of the story,” he says.

They ask him to turn the camera off and he does so respectfully. The scene is followed by a few words on the screen saying that he later spoke to the worried mom who thought he was a pedophile and “it was chill.”

Media and the comments section on his videos have compared him to noted local documentarian and Pittsburgh Magazine contributor Rick Sebak.

“I definitely take it as a compliment because I know people love him, and if people are saying ‘You’re like this guy that we love’ that’s a good thing,’” he says. “I’m definitely honored to be compared to Rick Sebak or Fred Rogers a couple times, which is a huge honor.”

He has had to step away from the “Neighborhoods” series for the time being because of COVID-19 social-distancing restrictions and an ankle injury he got while rock climbing.

“I think I would like to start it [the Neighborhoods series] back up again. I don’t think I’d want to do it during the pandemic,” he says. “It definitely needs to change. My ankle is messed up in kind of a scary and permanent way and those shoots are really physically demanding. I’m lugging around this 40-pound camera bag all over Pittsburgh, walking 5 to 10 miles a day and I definitely can’t do that right now. And also there is a pandemic going on.”

Most of the videos in “Neighborhoods” garner around 30,000 views.

Videos not in the series, such as “Pittsburgh’s Weirdest Tradition” about parking chairs has over 188,000 views.

“The Best Urban Hiking City Is…. Pittsburgh?” about the city’s many sets of stairs has over 64,000 views.

So it’s not surprising when people recognize him.

“I love it, it’s fun!” he says. “I’ve had maybe a couple of negative interactions but almost everyone says ‘Hey Dean, I love your videos’ or that type of thing. And it’s wonderful and strange, I’m famous in Pittsburgh and that’s so weird to me,” says the New Jersey native.

The fame isn’t what keeps him going though. He says it’s nice but “nothing more than an external validation.”