The bar team at the Strip District restaurant incubator continues its flights of fancy with Flashback Flavors. 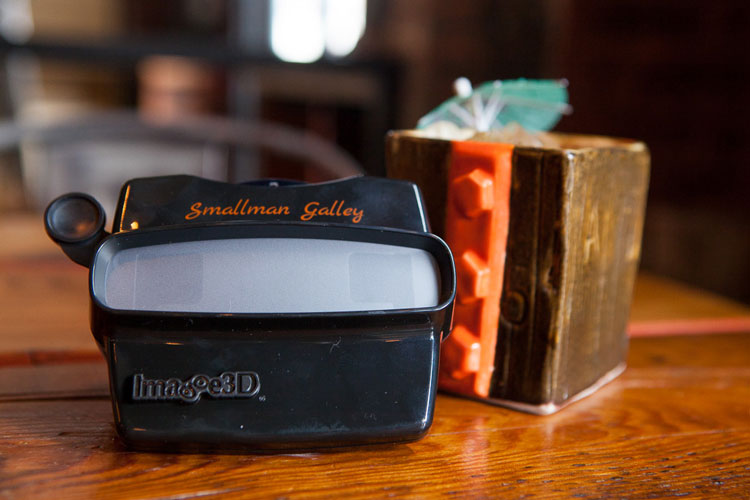 "We get to have a lot of fun. The owners have really bought into the idea of unusual packaging for the menus. We've yet to reach the limit where they look at us and tell us, 'no.' So we keep pushing. So far, so good," says Galley Group beverage director Tim Garso.

Garso and crew step it up with Smallman Galley’s new theme: Flashback Flavors.

He says the bar team started riffing on ideas for the theme last summer, but they couldn’t entirely flesh it out, tossing around ideas that seemed hard to pull off. Eventually, he says, “We ended up honing in on the viewfinder."

Slide through the Image 3D viewfinder for a visual exploration of the seven cocktails and a Boilermaker menu. Or check out the printed version, which resembles a Twister game spinner. It’s divided into four color-coded categories and has more details about the drinks than bare-bones ingredient information found on the viewfinder slides.

"Plus, [if you hit the spinner] you can let fate decide what you're drinking," Garso says. 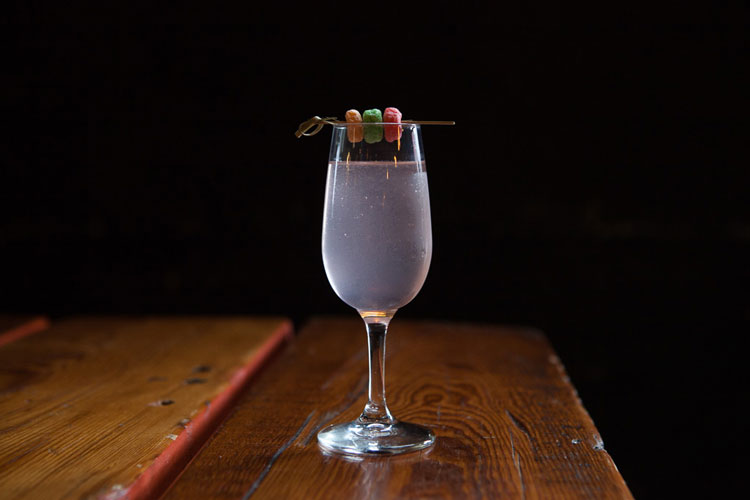 The drink menu is a collaborative effort. "A lot of these drinks are built on memories of our childhood," Garso says.

The cocktails read a little on the sweet side, though multi-booze Grandma's Oatmeal (Slane Irish whiskey, Jack Daniel's rye, tea-infused Tito's vodka, Ardbeg scotch, roasted oatmeal, cinnamon, orange bitters) is an attractive option for those who like something a bit more bracing. 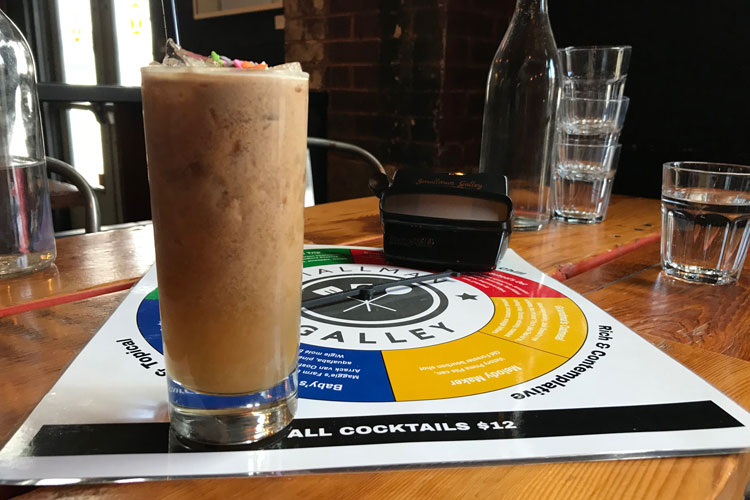 School's Out features Jannamico Super Punch — my favorite imported-to-Pittsburgh, tastes-like-tutti-frutti amaro. It's shaken with Maggie's Farm spiced rum, Rumchata, Red Ribbon root beer, Angostura bitters, lime and grapefruit. It's a sweet cocktail — a friend said it had notes of Big League Chew — yet it's balanced enough by the bitter herbaceousness of root beer and zing from the citrus to drink cloyingly saccharine.

LAN Party is a mix of Cool Ranch Doritos washed Herradura reposado tequila, pizza roll syrup, Mountain Dew Code Red bitters and lime, which sounds like it's going to be a savory disaster inspired by late night Ambien scribbling. What's pizza roll syrup? It starts with a tomato-water simple syrup base mixed with a suspension of powdered MSG. Zing! It’s a surprisingly complex cocktail that improves after it sits for a minute, a rare feat in the cocktail world where drinks are meant for quick, ice-cold consumption.

Hey, if you're going to do a bespoke cocktail menu, why not have fun with it.

"We're in a unique position here. We have a different style of space and a rotation of chefs. In a way, by coming to Smallman Galley, you've already stepped outside your comfort zone. We don't have to offer the same things — here's a spring seasonal, here's a fall seasonal —  as other places. That gives us the freedom to push boundaries more. And we've been slugging that boundary since day one," Garso says.

This article appears in the April 2018 issue of After Dark.
Categories: After Dark