Leave enough time in your next visit to Kennywood to revisit some old favorites and these underrated gems. 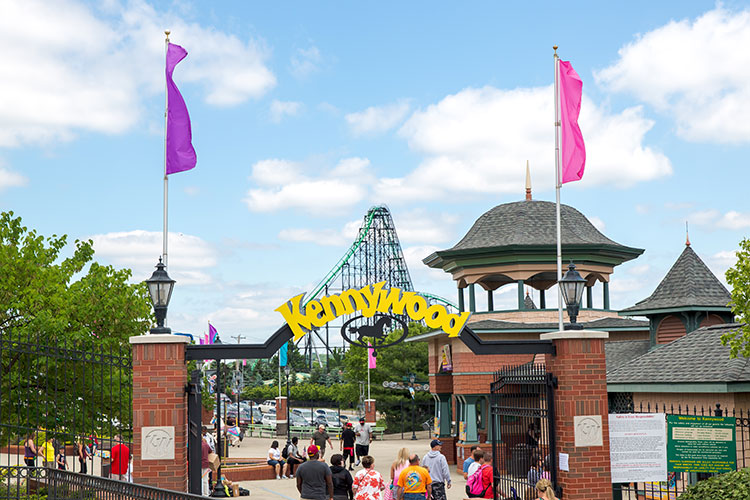 There’s this equation I do when heading to Kennywood.

I’m not sure I could write out the formula, but I know the variables: How long will I be at the park? How many times do I want to eat? How many of those meals should be from the Potato Patch? What’s the weather like? How much sleep did I get last night? How crowded is the park today? Am I in more of a thrill-ride mood or a retro-charm mood?

Somehow, that calculus spits out a tally of the number of rides I want to conquer.

On every trip, I stick to the old standbys. The Jack Rabbit, Thunderbolt and Racer are automatic. If the weather is right, so is the Raging Rapids. The Wave Swinger for a bit of summertime bliss, the Pirate ship because, well, it’s a giant Pirate ship. Black Widow, since it still feels like the cool new kid on the block.

Unfortunately, that means there are rides I’ll go years without visiting. I’ll be distracted by the scent of a corn dog or the sight of my old nemesis, the Cat Rack, and skip a ride worthy of my time.

On your next trip, switch up the routine. Leave enough time in your day to revisit some old favorites and underrated gems. To get you started, here are Six Underrated Kennywood Rides. 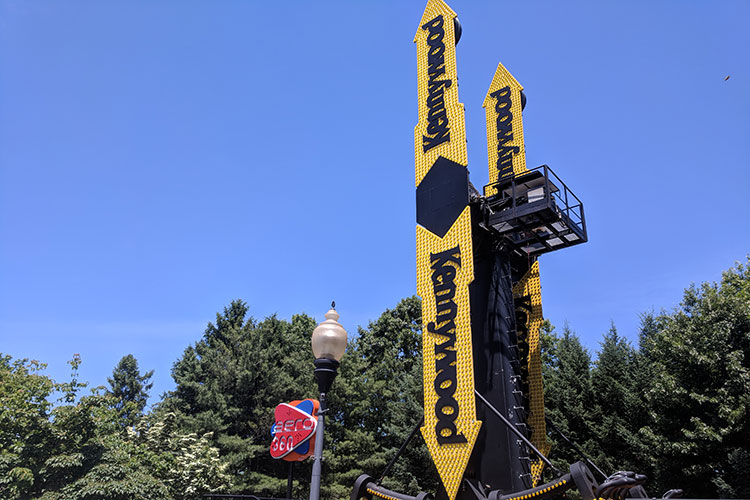 You can’t miss Aero 360. Gaze across the park’s lagoon and your eye will go straight to the giant yellow arrows that comprise the arms of this relatively new addition (at Kennywood, 18 years ago still counts as recent). Don’t just gaze at the ride and head for Noah’s Ark, though; it’s a winner. When we were young, the Laser Loop was the height of excitement; the Aero 360 just gives that one-end-over-the-other motion, again and again (including a terrifying pause at the top, so that you can feel gravity shove you towards the ground below). 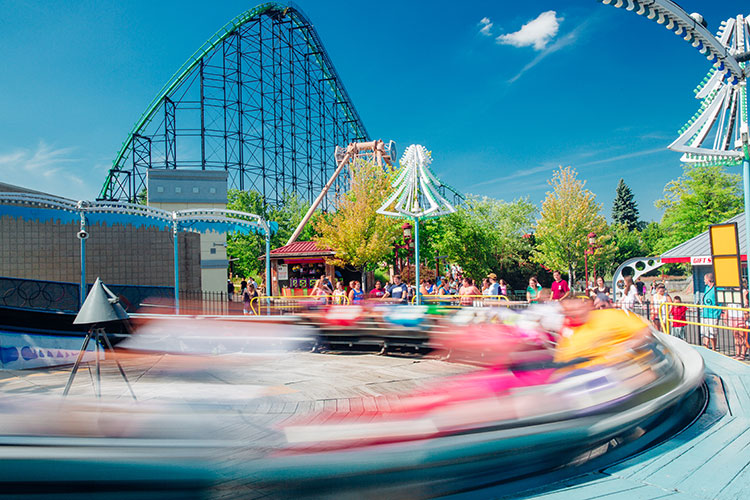 A cluster of small-footprint rides sit within sight of one another in the area of the park known as Kenny Lane. The disco-fabulous Musik Express gets most of the attention, while Cosmic Chaos and the Volcano attract the pre-teen set. The biggest thrill of the bunch, though, is the Bayern Kurve, one of only two such rides left in the country. The fourth iteration of the Bayern Kurve (the first debuted in 1968; the current model appeared in 1994) doesn’t appear to be moving all that fast if you watch it with your feet on the ground; when you’re (loosely) strapped in, however, you’ll find yourself hanging on for dear life as you’re jostled around the track. 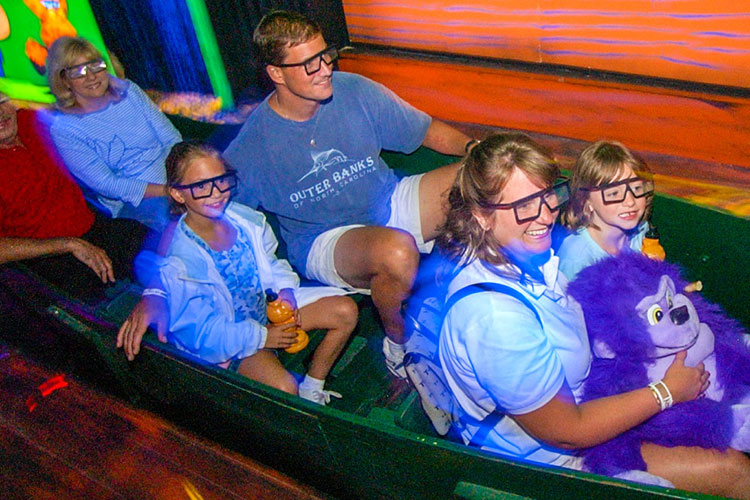 I know you already have your comments at the ready, but listen: I would not go so far as to say that Garfield’s Nightmare is a good ride. (It’s not.) And I, like many of you, eagerly await the day when whatever contract the park has with the animated cat expires, and the Old Mill can be restored to its former glory. I can only tell you this: The ride is not as bad as we all make it out to be. Cruising through the building in a little boat, driven by the current, is still a lovely experience, and if you can get past the sad absence of the former Old Mill decor, some of the scenes inside are acceptably whimsical. In other words, it’s underrated — we all think it’s awful when it’s actually merely okay. 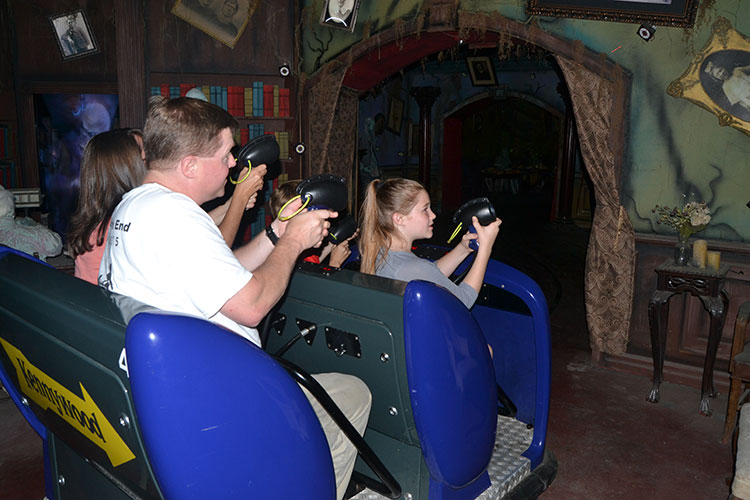 I do miss the Gold Rusher, but I’ve come around on Ghostwood Estate. The mobile shooting gallery contains some excellent spookhouse sets, as detailed (if understandably not quite as scary) as local Halloween attractions. The competition to blast more targets than your ride partner is a good time, and the animatronic effects when you succeed are impressive. Here’s a tip: When everyone files into the downstairs room to watch the ride’s animated intro, head to the back right corner of the room. You’ll be the first to leave the scene, and thus the first on the ride. (Oh, and here’s some extra inside info: That spiral staircase you see as you’re boarding the ride leads to the park’s archives, hidden in plain sight.) 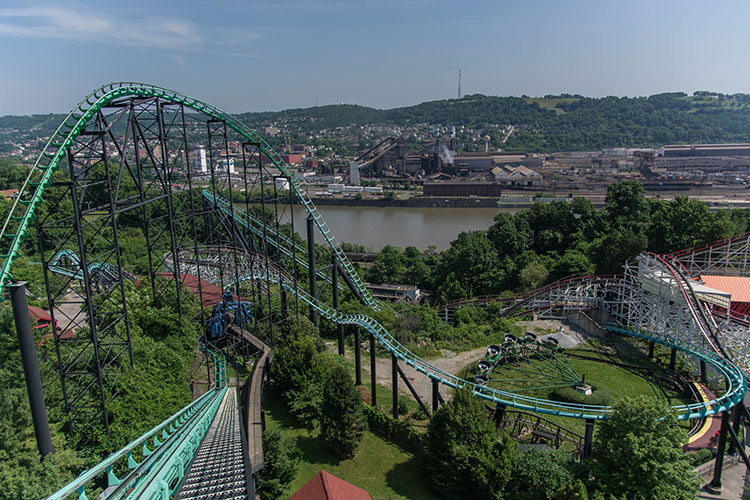 I’m not sure that you can truly call this ride underrated, but I can confirm that I’ve skipped it on several recent trips. The park’s wooden coasters are automatic rides every time, but I’ll occasionally scoff at the line for this steel monster and move along. After a recent ride, I remembered what I’d been missing. The Phantom’s Revenge is a marked improvement over its predecessor, with the rough, head-banging screech of the Steel Phantom traded out for a remarkable track design and blistering speed. There is no greater moment in the park than plunging down a hillside, mere feet from the Thunderbolt’s track. 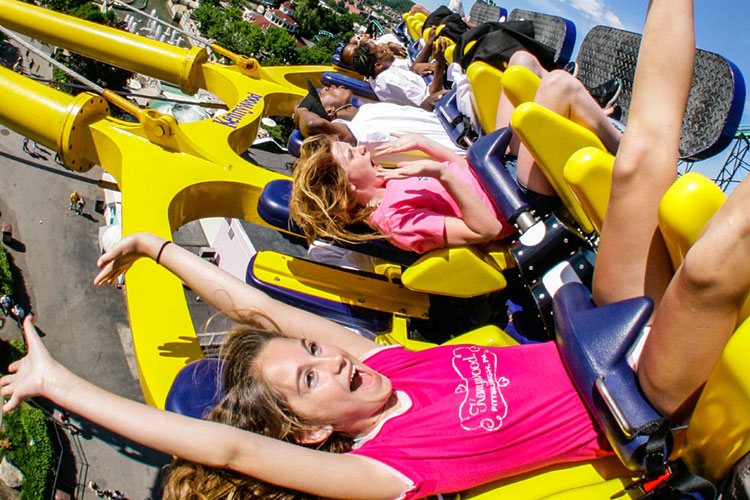 This thrill ride will take you back to pumping your legs to go higher on a backyard swing set — if your swing set were 65 feet high. Installed in 2006, the Swing Shot doesn’t seem like a threat as you strap into your seat. Then the ride begins. Within seconds, you’ve ascended to a 115-degree angle, feeling gravity momentarily take a break as you stare straight at the ground below. It’s terrifying and exhilarating. Some rides wear you out; the Swing Shot gives you some energy back.

This article appears in the June 2018 issue of The Best Blog.
Categories: Best of the ‘Burgh