Shyamalan's Split is Troubling For the Wrong Reasons

Reviews of "Split," "20th Century Women" and "The Founder," plus local movie news and notes. 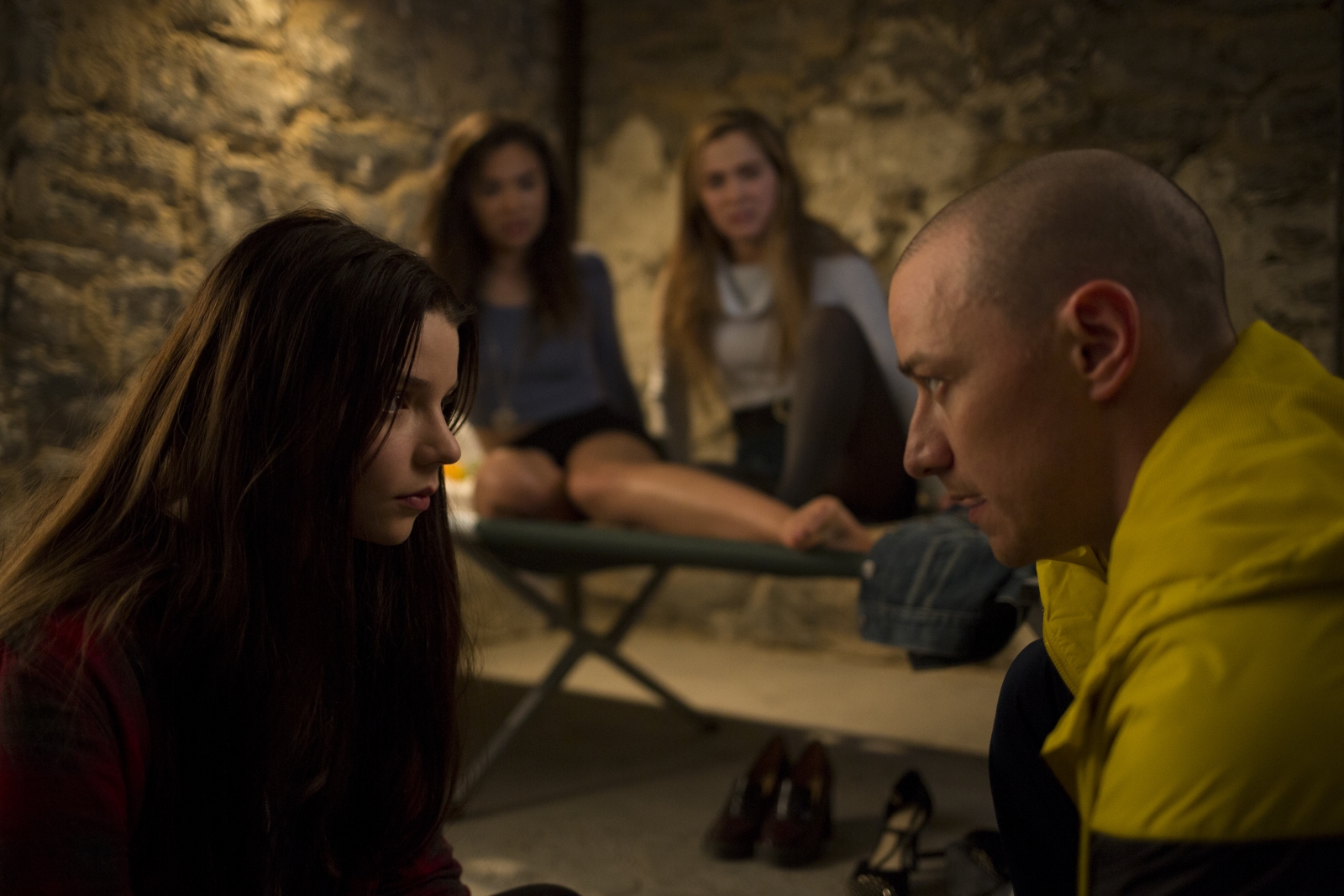 M. Night Shyamalan is not very good at making movies.

There’s ample evidence to that point. Admittedly, he made two undeniably good movies, “The Sixth Sense” and “Unbreakable,” nearly twenty years ago. “Signs” isn’t bad. I’ve defended “The Village” before.

After that, though … hoo boy.

“The Happening” and “Lady in the Water” are some of the most head-scratching, bizarrely bad films I can name. “The Last Airbender” was a complete mess. I am unaware of any actual, living human beings who saw “After Earth.” And “The Visit” was as awkward as it was offensive.

So he’s a bad filmmaker who mostly makes bad movies. No matter how much you loved “The Sixth Sense,” that’s just sort of the way it is. Yet not only does he persist in making them, he frequently produces, directs and writes his works, ensuring that no one in his general vicinity even has the opportunity to meddle with his singular (dreadful) vision.

Such is again the case with “Split,” which arrives in theaters today. In Shyamalan’s latest, a trio of teenage girls (Anya Taylor-Joy, Haley Lu Richardson and Jessica Sula) is kidnapped by a wiry germaphobe (James McAvoy) who locks them in an underground bunker. After several hours of uncertainty, the girls believe that help is coming when they hear a female voice; unfortunately, that voice belongs to the same person that kidnapped them, who suffers from dissociative identity disorder.

Although Shyamalan at least knows the updated name of that condition — previously called multiple personality disorder — his portrayal of it is inaccurate, fantastic and stunningly insensitive. Mining a terrible mental illness for cheap thrills is in and of itself disgusting; the way Shyamalan does it is much worse. Just as “The Visit” punched down by presenting elderly dementia patients as murderers in waiting, “Split” implies that the mentally ill — even if they are receiving regular, qualified care — are minutes away from kidnapping and worse.

Oh, and the film also suggests that being mentally ill might actually give you superpowers. So.

There’s no room for this sort of retrograde, patently hurtful storytelling in 2017; even slow-to-react Hollywood has mostly evolved beyond the mental-illness-as-villainous-madness trope. Even if I weren’t bothered by its subject matter, “Split” is simply not much of a film; it’s scares are weak, McAvoy’s performance is hammy and over-the-top and the story is paint-by-numbers at best. What visual flair Shyamalan had in the late ’90s remained in that decade. Taylor-Joy is about the only bright spot; as she demonstrated in 2016’s “The Witch,” she’s too skilled to be brought down even by this clunker.

So a bad director got even worse and made an offensive film that should be avoided. Can we stop paying attention to this guy yet?

Onto happier news: “20th Century Women,” which has been drawing raves for its cast for months, finally arrives on Pittsburgh screens this weekend. Annette Bening stars as Dorothea, the matriarch of an unlikely tribe; her son (Lucas Jade Zumann) is having trouble adjusting to high school, despite a deep-yet-chaste bond with friend Julie (Elle Fanning). Dorothea hopes that boarder Abbie (Greta Gerwig) can help guide the lad, but the women may have different ideas about how that should go. Gerwig and Fanning are compelling, but Bening is astounding, giving a nuanced, careful performance that ranks among the best of her career. The film’s narrative has spotty moments, but it’s watchable and enjoyable throughout. “20th Century Women” isn’t quite a must-see knockout, but it is a refreshing, smart movie.

I’m not sure the world needed a cinematic biography of Ray Kroc, the man who brought us McDonald’s, but the one we got — “The Founder” — is good enough, I suppose. Michael Keaton stars as the fast-food titan, and we get to watch as he convinces the actual McDonalds (Nick Offerman and John Carroll Lynch) to let him open some franchises — before systematically stealing their baby away from them. Keaton’s great, of course, but the best thing about “The Founder” is its unflinching derision for its nominal protagonist; this isn’t a story about ingenuity and business acumen, it’s a story about a devious thief who found his way to the top through deceit and betrayal. Thanks to a lively script by Robert D. Siegel, it’s also enjoyable enough. “The Founder” is utterly skippable, but good enough for a curious look.

The Montage: The 1993 Studio Ghibli film “Ocean Waves” never received a proper theatrical run in the United States; this week, Row House Cinema (which has always attracted throngs for Ghibli flicks) gives it its first Pittsburgh run. It’ll be shown along with “Edward Scissorhands” and the locally-shot “Fault in Our Stars” as part of Young Love Week … The Golden Globe winner for Best Actress (Isabelle Huppert) and Best Foreign Film, “Elle,” opens today at the Harris Theater. The subject matter is tough — perhaps read up on it a bit before you buy a ticket — but it’s a very good film with an excellent lead performance … Meanwhile, the Hollywood Theater is showing “Lion,” another Oscar hopeful (it’ll get some nominations and, likely, not win anything). That shouldn’t keep you away; it’s a captivating drama.