The nonprofit currently is seeking interior designers to decorate the 112-year-old mansion’s 28 rooms before tours take place in May. 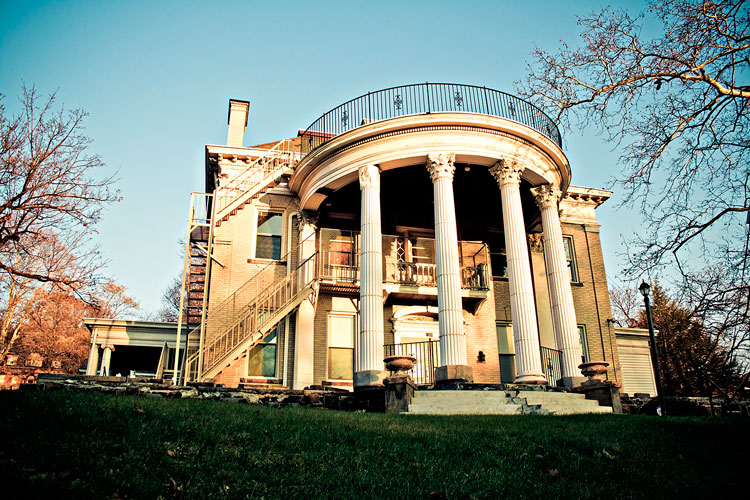 The owners of a century-old mansion in Wilkinsburg are opening their doors to local designers — and to the public.

The Junior League of Pittsburgh is hosting “A Window into Wilkinsburg,” a tour of the 112-year mansion featuring rooms decorated by local design professionals. Proceeds from the show house event, to be held in May, benefits programs to help fight hunger in the city’s East End.

In the meantime, the league is seeking interior designers to decorate the home’s 28 rooms. Designers who wish to make proposals are invited to tour the home from 1 to 4 p.m. today.

Built in 1905, the 6,200-square-foot Georgian Revival-style mansion on Wood Street has gone through several incarnations throughout its long history.

The original owner was Roswell Gardner Yingling, a Pittsburgh coal and brick dealer, according to the Pittsburgh Post-Gazette, and the building was known as the Yingling Mansion. It later spent time as a local hospital, the Miller Convalescent Home and, most recently, the Gibbs Personal Care Home, which operated until 2014.

The property remained vacant until 2016, when the current owner purchased it.

League President Madeline Wahl says the show house event, the last of which was held 11 years ago, takes place as the nonprofit celebrates 95 years of supporting local communities.

“We are thrilled to be partnering with talented designers and landscape architects on this event, which will highlight the latest design trends while honoring the character and architecture of the historic property,” she says.

For more information on the tour, visit here.