Shiloh is the New Grandview

With fun (if cramped) bar The Summit added to the mix, Mount Washington's Shiloh Street is the new center of attention above the city. 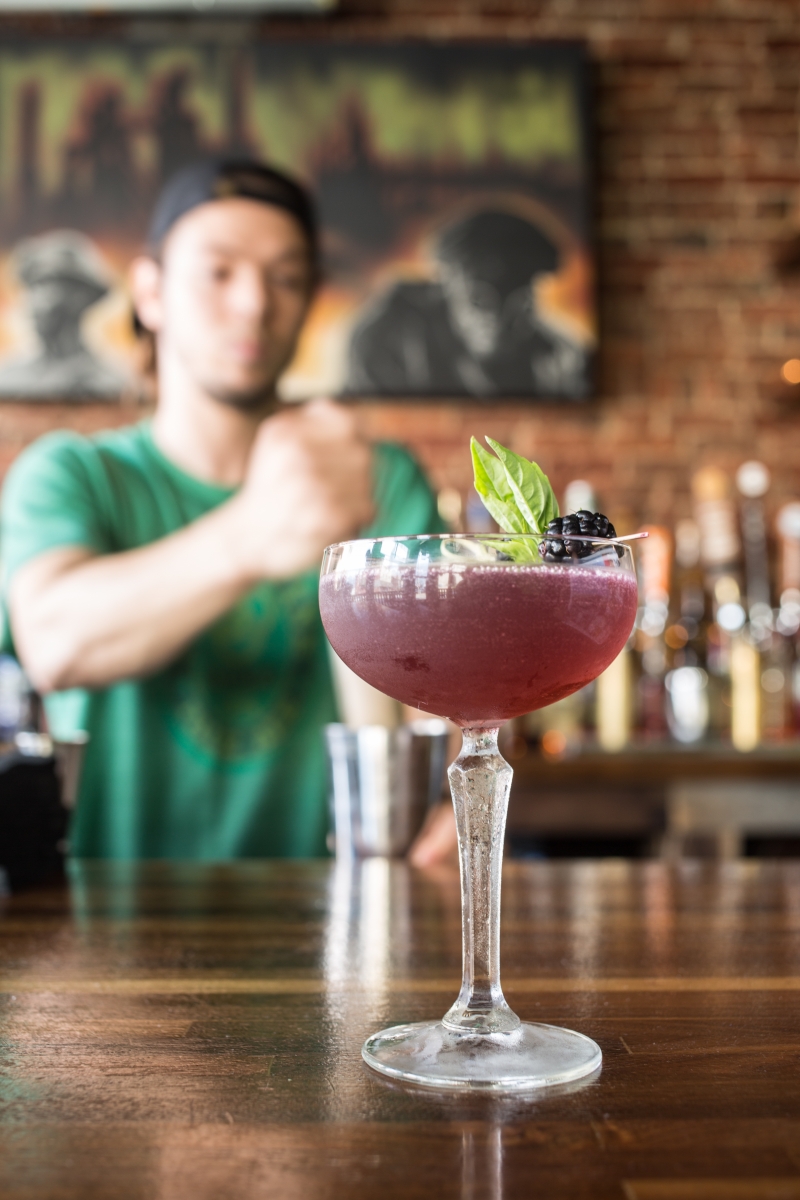 If you want to get the essence of a bar, stay away from it on weekends. Go mid-week for a signature event — such as a trivia night — instead. You might battle undergrads over famous quotes at Hemingway’s in Oakland, share laughs with locals at The Park House on the North Side or spar with suburbanites at Shenanigan’s in the North Hills. You’ll hang with the regulars, the curious and the buzzed post-happy-hour group — a solid representation of the clientele and service, without the crowds.

For Mount Washington’s The Summit — a cocktail bar specializing in crafty drinks and food ranging from small bites to medium-sized portions — the Wednesday-night Name That Tune Trivia doesn’t disappoint. “The Dancing Queens” were among four teams at a recent event, and they forged their way through cheesy 1980s dance hits, 1990s hip-hop jams (back when Diddy was Puff Daddy) and 2000s pop-punk songs.

Everyone seemed to have had a blast — the occasion was all about fun and millennial-friendly tunes. Oh, and there are board games scattered throughout the place just in case you prefer Jenga to trivia. Seems like a low-key place, right?

Not exactly. Lit by flickering mason jars and Christmas lights, the rustic-looking spot is upscale with exposed brick walls and large, street-facing windows. But the juxtaposition of humble and high-brow is exactly why The Summit works; in a Pittsburgh nightlife scene that can be dominated by either classy bars or niche-specific spots, it’s the best of both.

According to my companion — a Mount Washington native — 200 Shiloh St. has been a “bunch of different things,” including a pizza joint called Bellissimo’s and Havana, a tapas and wine spot. Since 2013, it’s been The Summit, which also has a daily happy hour from 5-7 with discounted cocktails and craft beer.

We ordered the Cucumber Press (on our dry-humored bartender’s recommendation, after he informed us that The Summit didn't have the necessary ingredients for the customer-favorite Moscow Mule that day) and a Manhattan — something creative, something classic.

Served in a tall, narrow glass, the Cucumber Press looked and tasted like the free, self-serve flavored water found in hotel lobbies. The Manhattan was much better — strong and smooth. Later, I asked a different bartender for a beer suggestion. Likely sensing my underdeveloped, hoppy-equals-icky palate, he immediately offered an Otter Creek Fresh Slice, one of the lightest brews on the diverse craft-beer list. The light-yellow drink was citrus-y and sweet  — the perfect follow-up to the Manhattan.

The food was just as good. My friend and I split the goat-cheese fritters, which the first bartender offered with a “secret sauce.” He later said the brown, tangy mixture was a grilled peach and jalapeno marmalade. It complemented the fritters well, which were creamy and thick on the inside and crunchy on the outside.

The only problem is the space. On that Wednesday, the perfect amount of people occupied The Summit — just enough so that the dining and bar areas were full with patrons but not any bystanders. On weekends it’s possible that you could be (a) shoulder-to-shoulder in a bar that inspires mellow conversation rather than fist-pumping or (b) stuck in the purgatory between the bar and tables. The place could use a second floor.

Regardless, the best part about The Summit is that it doesn’t take itself too seriously — it feels like your friendly neighborhood joint mixed with a bar you’d normally reserve for special occasions. Yes, it has exposed brick walls decorated with fancy art — plus high-end cocktails and appetizers made with spices you might not have heard of. But there’s the light-hearted trivia night, the board games and bartenders who — some have discovered — will shoot you a faux-judgmental grin if you know the words to Paula Abdul’s “Opposites Attract.” Doesn’t get more neighborly than that.