An immigrant herself, Ellen Freeman is dedicated to making Pittsburgh more welcoming for foreign nationals. 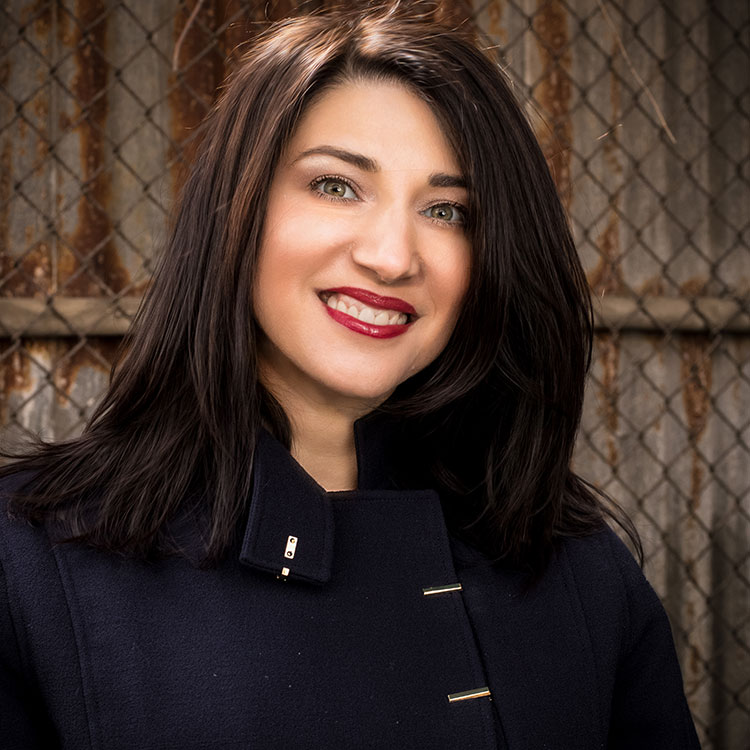 Immigrating to the United States from her native Ukraine gave Ellen Freeman the chance to follow a dream. Xenophobia forced her to reimagine her path to success.

“I really wanted to be a litigator. I’m good on my feet; I like speaking. I really enjoyed that the most,” she says. “Unfortunately, I listened to somebody who said, ‘You need to lose your accent. You can’t be a litigator with that accent.’”

Since she couldn’t find a speech pathologist in Pittsburgh at the time to help her sound more “American,” she switched her focus in law school from litigation to corporate law — which was especially difficult because capitalism was a foreign concept for someone from the former Soviet Union.

After finishing law school at the University of Pittsburgh in 1999, she became an associate at Cohen & Grigsby, where she was placed on the immigration law team, an unsolicited decision that became her passion.  She serves on the Business Taskforce of the American Immigration Lawyers Association and Law360’s Immigration Editorial Advisory Board and is a noted author and presenter on immigration law. She works with organizations in all facets of employment-based immigration and helps individuals with everything from temporary visas through permanent residence. Her field has garnered extra attention lately in light of changes proposed by the Trump administration.

“There is so much stress associated with not having a fixed immigration status. It’s like your life is quite uncertain on a regular, daily basis,” Freeman says. “When will there be a reckoning in this country when people realize that they are doing morally incomprehensible things?”

Still, she prefers to take the long view when it comes to changes in immigration law. “Coming from the former Soviet Union uniquely prepared me for dealing with the government and fighting the system and realizing that the system may actually change,” she says.

Freeman came to Pittsburgh in May 1993 as a single mother from Odessa, Ukraine, fulfilling the wishes her family had for her to move to the United States.

“My entire life, the whole time, we were living with packed bags. We weren’t buying anything for our life today; everything was for the life that will be tomorrow,” she says. “My parents actually hired me an English teacher before I went to primary school. They lied to me and said if I learn English they will buy me a koala and I’ll see a kangaroo and we will go to Australia.”

She never expected to be in Ukraine when the time came to go to college, but she was. “I was sort of in denial that I would still be there.”

After considering a career in biochemistry, she decided to study Russian Language in Literature, earning her master’s degree from Odessa National University.

“You can only put your life on hold so much, so I ended up getting married at 19 and having a child. My parents left and my grandparents left and I was still there,” she says. 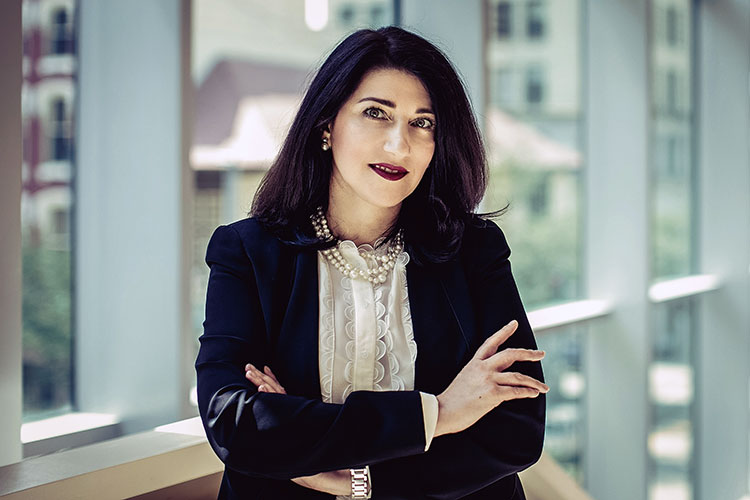 After getting a divorce, she finally immigrated to the United States in 1993 in her mid-20s. Her family had moved to Pittsburgh from Brooklyn, so she joined them.

“It was a relatively easy decision and a very easy journey — and then a very harsh reality,” she says. “What does it take to get back on your feet when you come to the United States from another country?”

The U.S. was in a recession; there was little demand for her liberal arts degree. After some soul searching, she decided to become an attorney.

“Law school was extremely competitive … but I enjoyed it very much. I realized that was really where I wanted to be,” she says. While enrolled in law school, she earned a master’s degree from University of Pittsburgh Graduate School of Public and International Affairs.

Although her family moved on to California in search of better jobs, Freeman has established roots in Pittsburgh, taking on leadership roles with the American Heart Association, United Way of Southwestern Pennsylvania and the Jewish Federation of Greater Pittsburgh, among others. She also remarried and has another daughter and in August became partner-in-charge of the Pittsburgh office of Porter Wright Morris & Arthur, LLP, a large business-law firm based in Ohio.

“Finding someone of Ellen’s caliber and capability made the decision to expand into Pittsburgh an easy one,” says Robert Tannous, Porter Wright’s managing partner.

“I do something completely different now. Managing and the administrative work is really what fits me well,” she says.

In December, Freeman was honored with GlobalPittsburgh’s Immigrant Entrepreneur Award for Immigrant Professional Excellence. One of the judges and a board member, Francois Gau, partner with VelocityHUB, a Murrysville-based consulting firm, calls Freeman “somebody who listens, with leadership skills, who wants to help the community.”
Freeman remains dedicated to making Pittsburgh more welcoming for foreign nationals.

“Historically it’s been very closed to people like me, but there has been a tremendous change in the last five years,” Freeman says. “It’s still slow going, but maybe it’s just that I’m impatient.”

Freeman, who served on the Welcoming Pittsburgh Advisory Council to the Mayor of Pittsburgh, an initiative aimed at attracting immigrants to the region, has a list of things the city could do to help newcomers, from improving public transportation to promoting organizations such as Pennsylvania Women Work that help foreign nationals. She also believes that Pittsburgh’s strong ethnic communities could be a draw for foreign nationals.

“We just need to let these people know that they are welcome,” she says.