She is the Bartenders' Bartender in Pittsburgh

Deirdre Adkins left the world of bartending for a time, only to return to one of the city’s favorite neighborhood spots. 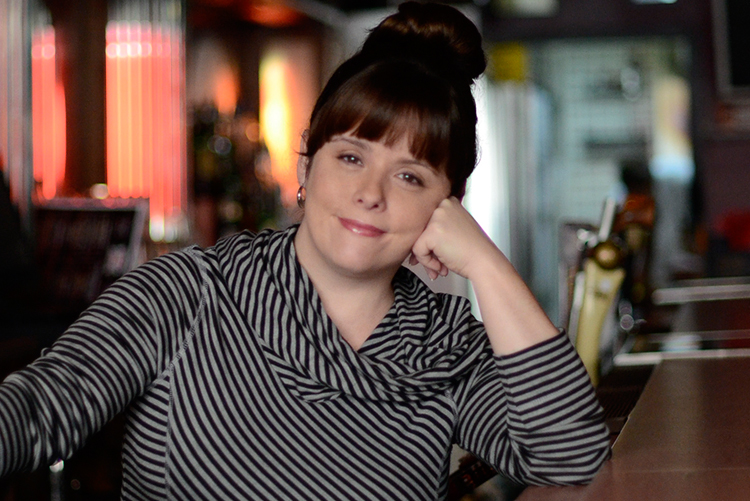 Deirdre Adkins is the bartenders’ bartender in Pittsburgh. “I know my customers. I’ve been doing this long enough that I can read them and know what they need when they come in,” she says.

The 39-year-old hospitality-industry lifer worked most recently as the general manager of everyone’s neighborhood bar, Kelly’s Bar & Lounge in East Liberty [twitter.com/kellysbarlounge]. Customers may remember her as Deirdre Durant — she married and changed her name in October. “We have people from all different walks of life. The mayor comes here. We have politicians and artists and professionals. Plus, this is still where chefs and bartenders come to hang out,” she says.

Adkins started working at age 14 for a family friend’s catering company in Indianapolis. Her lack of experience didn’t stop her from quickly moving up the chain of command. “I washed dishes for about two weeks. Then I realized that if you broke the dishes, they wouldn’t let you wash them,” she says.

For most of Adkins’ young adulthood, she put herself on a path to work inside restaurant kitchens; she even went to the Johnson & Wales culinary school in Rhode Island. After a few years, however, she decided that back-of-house wasn’t where she wanted to be. “There were no women in any of the kitchens I was working in. It was much more appealing to work out front. I loved the sociability of it,” she says.

That decision kicked off a bartending career that’s lasted nearly 20 years and includes stints in spots ranging from Pittsburgh’s deep-dive bars to some of the city’s most celebrated institutions. It all started at Zythos on the South Side; a few years later, she became a fixture at Tessaro’s in Bloomfield, and she was the bar manager at PNC Park when it opened. As do many of Pittsburgh’s top hospitality people, she also spent time — 11 years total — with the big Burrito Restaurant Group. “I worked wherever they needed me to,” she says.

Adkins left full-time bartending in 2007 to pursue a career as a business analyst (she studied accounting). While on that path, she was diagnosed with a carcinoid tumor in her left lung. Treatment eventually led to the removal of the lung and a long recuperation, during which she thought a lot about the direction of her life. Working in an office wasn’t for her.
When she took over the 70-something-year-old Kelly’s in 2013, it was suffering from a reputation for poor service. “I’ve worked high-end places, dives and everywhere in between.

I don’t mean to sound cliché, but this place works because it’s like Cheers,” she says.

Adkins helped guide Kelly’s back to good graces. It’s another step in the long career of a bartender who knows how to make both customers — and those who serve them — happy. “There’s a mutual respect between people in the industry. It’s a tight community, and people look out for each other,” she says.

This is named after my dear friend Brendan Benson from East End Brewing Co. He makes the ginger syrup (Kelly’s is the only place that has it outside of the brewery) for the homemade ginger ale. Brendan has resided on Card Lane for a very long time. We’ve all had lots of fun watching games and carrying on there over the years.

Directions: Shake and serve up with a lemon twist.