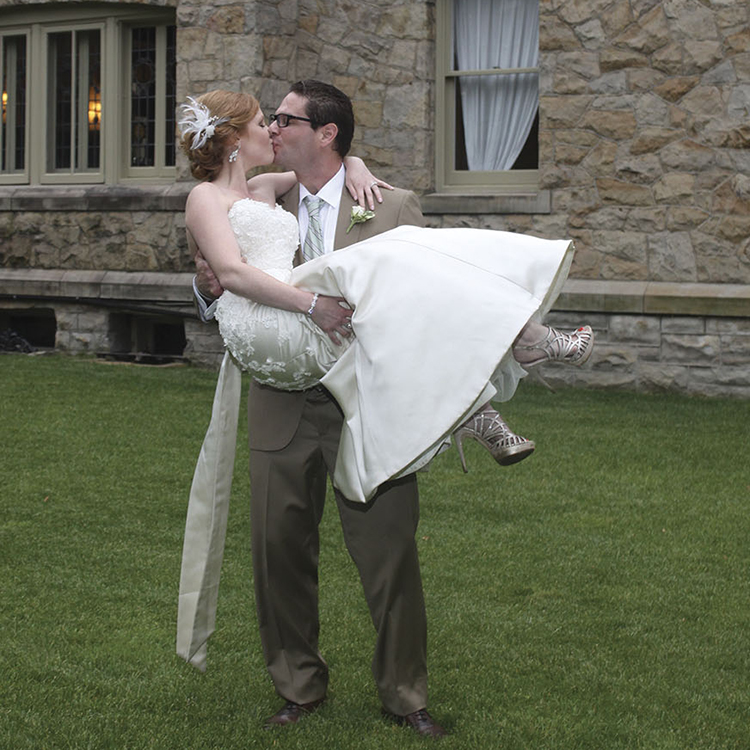 While some people might have been superstitious about the date, Shannon Fife found luck was on her side the night of Friday, July 13, 2012. Shannon, 32, already had convinced her longtime love, Eric Lesnock, to join her at a Dave Matthews Band concert — he’s more of a Slayer fan — and the couple was set to embark on a family vacation to Kure Beach, N.C., after the show.

The director of the Pittsburgh Go Red for Women initiative, which benefits the American Heart Association, says she was looking forward to having a good time with friends. Then Eric, 38, made the night truly memorable. He proposed.

“I wanted to do something special,” says Eric. “I thought it would be great to do it there or before we went.” 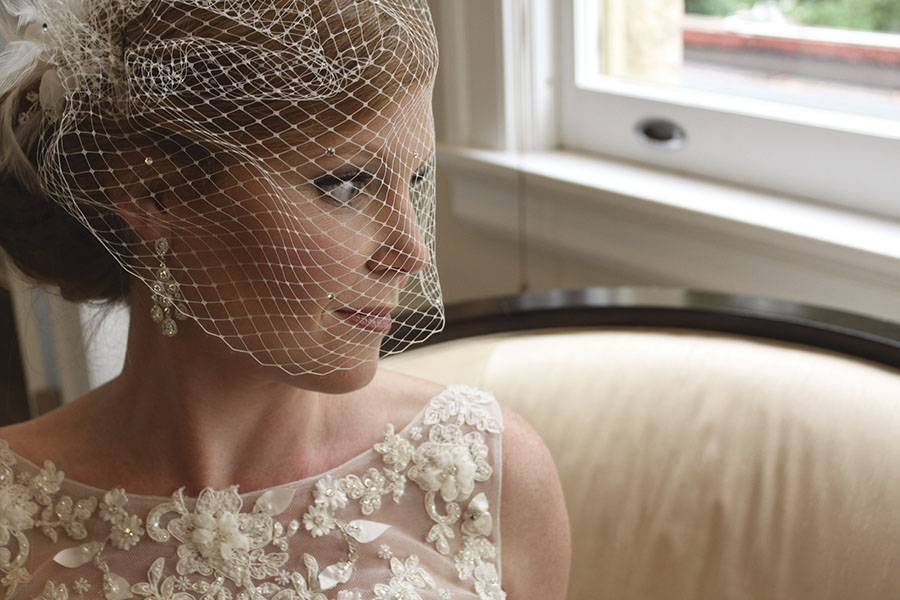 Shannon says she was taken by surprise — “I had no idea,” she says — but no one else in their circle was.

Two months earlier, Eric, an executive recruiter with Specialty Consultants, Inc., had purchased a ring and asked Shannon’s parents for permission to marry their daughter. After that, it was a matter of waiting for the perfect opportunity to propose.

“I always knew I wanted to be with her for forever,” says Eric. “It was just the right time.” 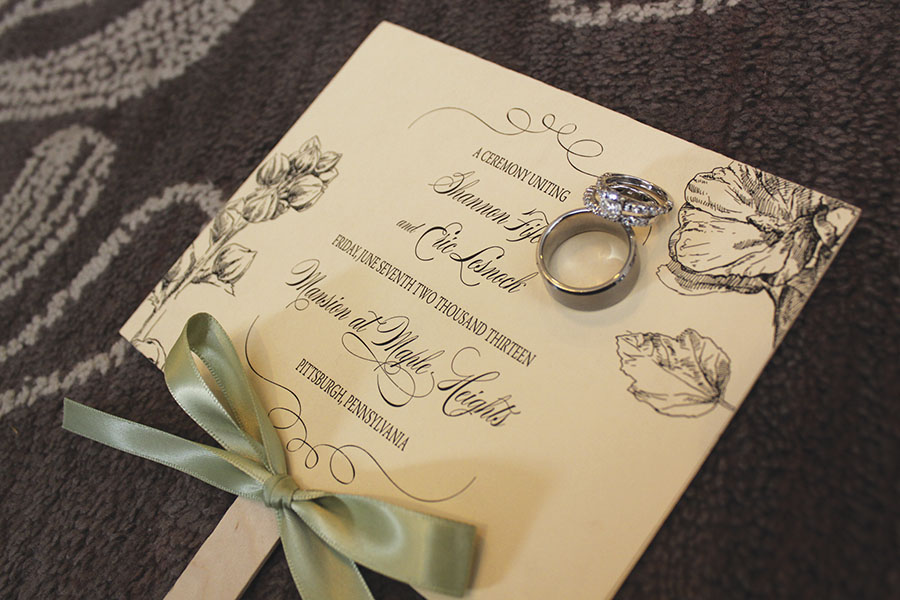 For their June wedding, the Highland Park couple wanted an intimate affair with a “homey” vibe. After exploring more than 10 venues, they found their dream location at The Mansion at Maple Heights in Shadyside.

“We wanted an outdoor ceremony and just more of a laid-back feel,” says Shannon. “The mansion is just stunning. It was just absolutely perfect when we saw it.” 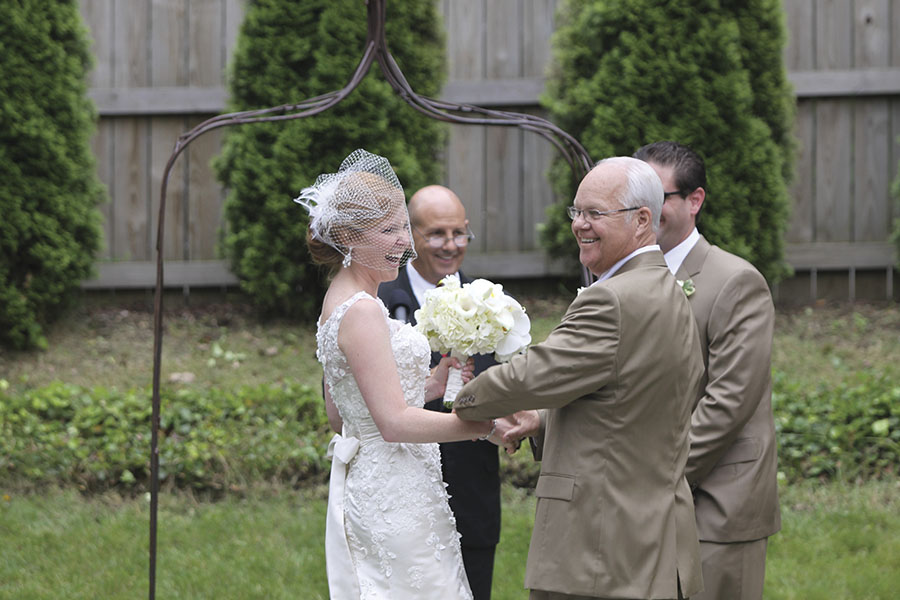 Both the outdoor ceremony (the Pittsburgh weather cooperated) and the reception were held at the mansion. Shannon’s uncle, who is a pastor, officiated. Her lifelong best friend, who introduced the couple almost seven years earlier, was her matron of honor.

“She looked beautiful,” Eric says of seeing his bride walk down the aisle. “My jaw dropped. I couldn’t keep my eyes off of her.”

The newlyweds and about 15 family members spent the night at the historic bed-and-breakfast inn. The couple departed for a honeymoon in St. Lucia after a party at her parents’ home the following day.

“Whatever your idea of a perfect wedding is, this was it,” says Eric. “Everything was just on key.” 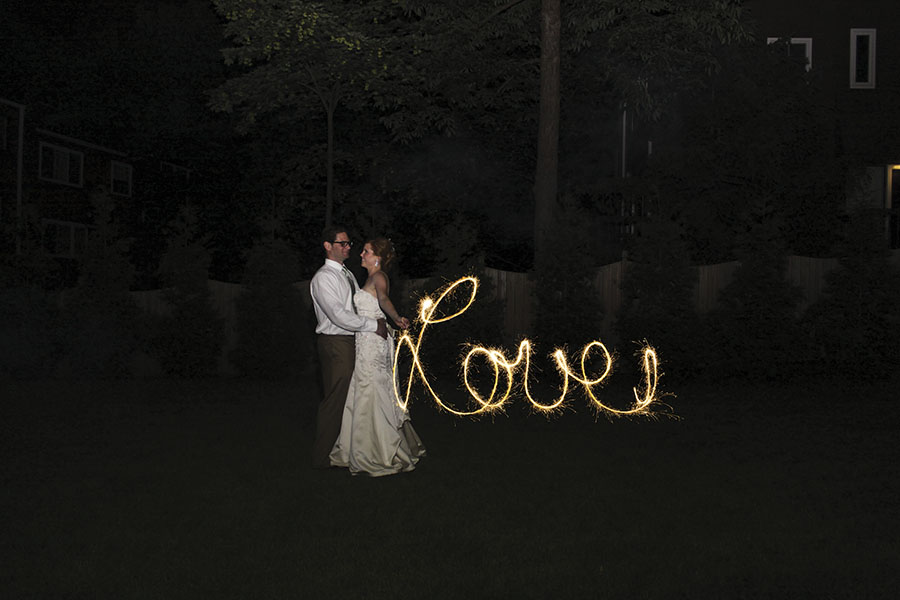 Ceremony and Reception Site
The Mansion at Maple Heights