Reviews of "Snatched," "King Arthur" and "The Wall," plus local movie news and notes. 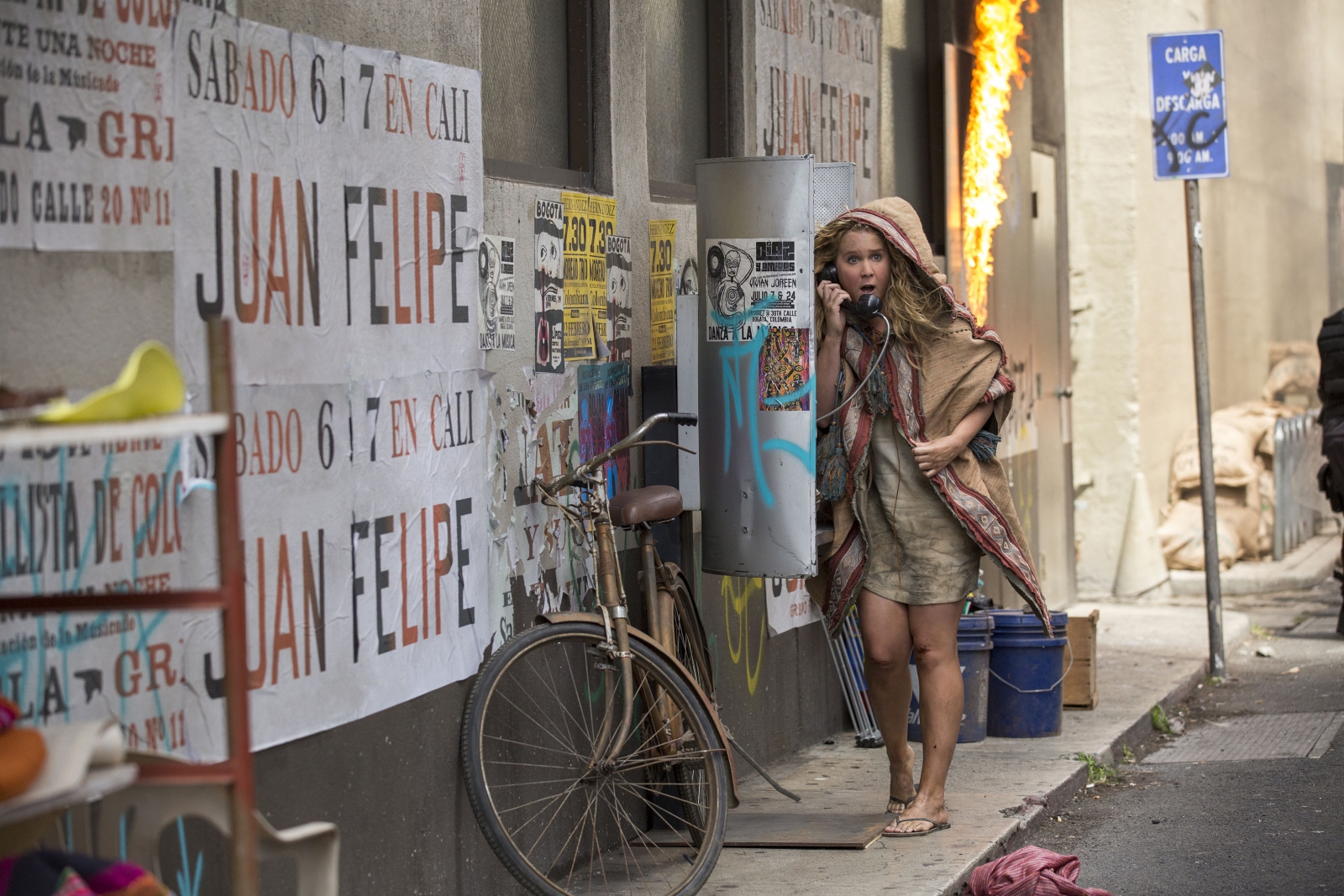 On reputation, I think “Snatched” is the most prominent movie hitting theaters this weekend. It’s the second star vehicle for comedy powerhouse Amy Schumer, with a longtime A-lister — Goldie Hawn — returning to film for the first time in 15 years. It seems like a big deal.

On the other hand, very little effort seems to have gone into the film, which is more of a light romp than an ambitious comedy. So maybe we’re not to pay too much attention to this one? Grab a few drinks, see the movie while checking your phone, that sort of thing?

Anyway: Emily Middleton (Schumer) was dumped on the eve of a nonrefundable trip to a resort in Honduras. Her mother (Hawn), long divorced and constantly babying her grown, agoraphobic son (Ike Barinholtz), gets roped into the journey despite her nature as an unrepentant worrywort. They go, Emily makes some mistakes, they wake up in a cell, the mother-daughter team tries to bumble their way to freedom.

Schumer’s comic chops are such that an uninspired script — this one is by Katie Dippold, who wrote the recent “Ghostbusters” — can become serviceable through her performance. (Hawn, despite the much-heralded return to the screen, is just kind of there.) Some bits work and as many don’t, although a subplot featuring a vacationing duo with delusions of importance (played by Wanda Sykes and Joan Cusack) is a delight.

“Snatched” is not bad; it’s a fine, if generic, comedy. Unfortunately, it’s a major step down from Schumer’s debut, “Trainwreck,” and was not worth breaking Hawn’s hibernation. My suspicion is that this film was not born of a story that needed an audience, but rather of working backwards; perhaps Schumer or producer Paul Feig tossed out the idea of a Schumer/Hawn romp at some meeting, and the project was cobbled into existence from there.

So while it’s not bad, it could certainly be called a disappointment.

Directed by Guy Ritchie — who has been somewhat inconsistent as of late, though his take on “The Man from U.N.C.L.E.” was good fun — this Arthurian origin story puts the legendary figure, here played by Charlie Hunnam, on a revenge quest; Vortigern (Jude Law) killed his parents, so he’ll have to learn to handle his power, claim Excalibur and ascend to his rightful place on the throne.

To be fair, the Arthurian legend had a lot to do with inventing such tales, but now that we see them every other week in the cinema, I’m not sure we had to go back to the well this time.

There are sequences of “King Arthur” that are quite gripping; when Ritchie decides to show his chops and handle a sequence with verve and flair, there’s some truly memorable stuff to be found here. Unfortunately, those stretches of impressive filmmaking are broken up by ponderous pontification and a mostly dull plot. More unfortunately, the women in the film are treated horrendously; you’d be hard-pressed to find a negative cliche of female representation that doesn’t crop up at least once.

It’s a mixed bag at best, then, although I was expecting an utter snooze, so throw some credit in Ritchie’s direction. Unless this improbably becomes a giant hit and spawns a franchise, though, I think anyone without a flair for wizardry and swordplay can safely skip it.

Just a few weeks after the release of the criminally underseen “Free Fire,” another indie drama which takes place entirely in one location hits theaters today. In “The Wall,” directed by frequent “Bourne” helmer Doug Liman, a pair of soldiers (Aaron Taylor-Johnson and John Cena) are in the closing stretch of a day-long stakeout; some contractors have been killed by a sniper, and they need to make sure the shooter is gone before they evaluate the scene. After thinking that no one could possibly have outlasted them, they head down to investigate — and shots immediately ring out. The rest of the film takes place around a small piece of broken wall, and it’s an exercise in tension and realistic action. The movie has precious little to say — this is an action movie with the circumstances of war, not a war movie — but Taylor-Johnson’s performance is quite strong and the short running time goes quickly. It won’t quite be to everyone’s taste, but those with a fondness for small stories will enjoy it.

The Montage: If, like me, you were a big fan of the animated hit “The LEGO Movie,” know that there’s a pseudo-sequel out right now — but you’ll need to buy a ticket to Kennywood to see it. “The LEGO Movie: 4D — A New Adventure” is the latest offering in the park’s 4-D theater; unlike other shorts shown in that space, this is an original creation rather than a montage of scenes from an existing property. It’s a great way to get out of the sun for a few minutes on your next Kennywood trip, and the 12-minute caper is genuinely funny … The next entry in Reel Q's “Reel Stories” series, showcasing films from around the world which deal with LGBTQ themes, is the documentary “Kidnapped for Christ,” about a “gay-conversion” center in the Dominican Republic. The screening, co-presented with City Of Asylum, will take place Thursday night at Alphabet City in the North Side. Details here … Satyajit Ray’s classic “The World of Apu,” heralded as one of the high watermarks of Indian cinema and among the best films of all time, gets a rare public screening this Tuesday night at The Tull Family Theater. Details here.