Sadly, A Wrinkle in Time Misses the Mark

Reviews of "A Wrinkle in Time" and "A Fantastic Woman," plus local movie news and notes. 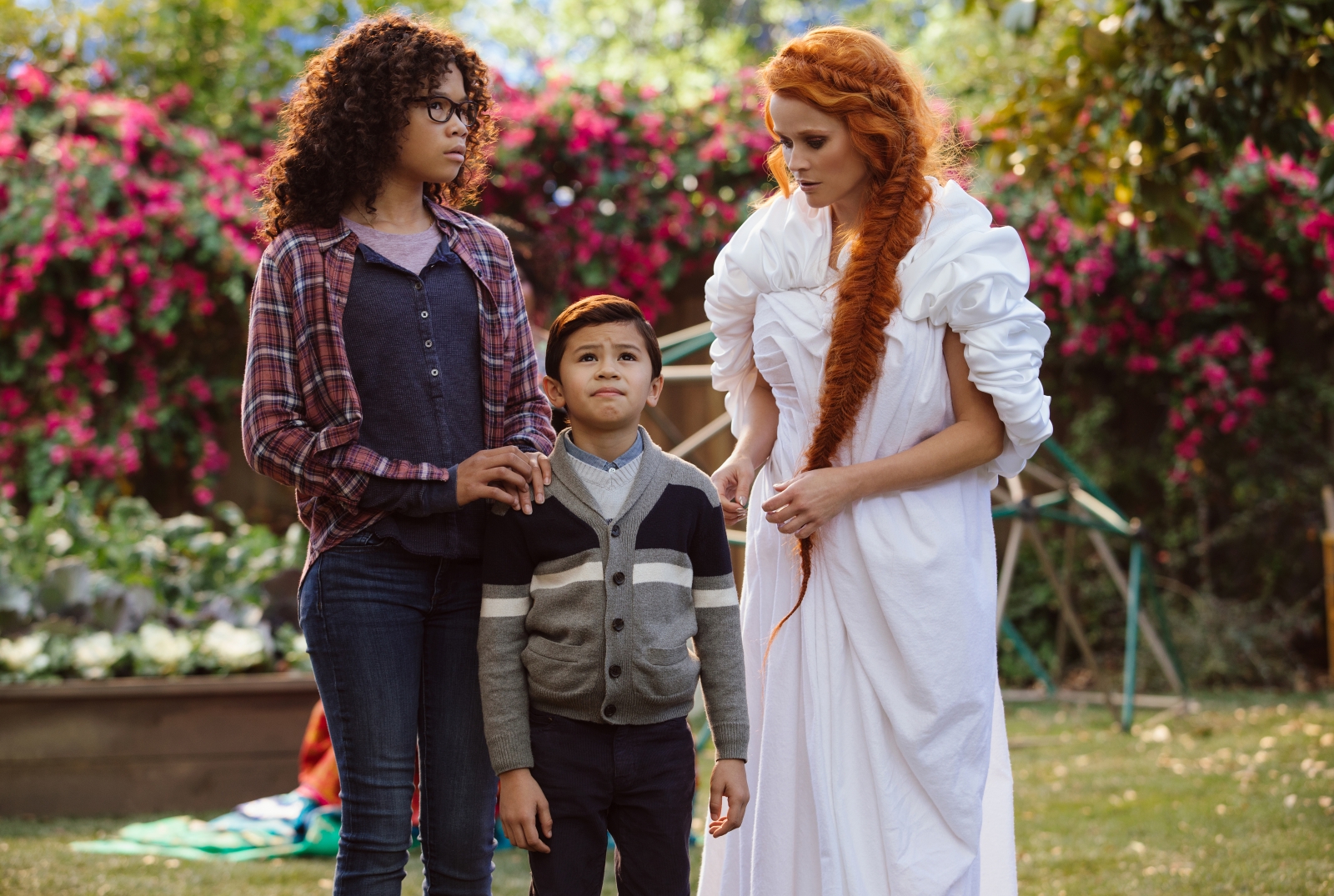 Some movies are no fun to criticize.

Plenty of films are fun to hate. (There was a “Fifty Shades” movie out just a few weeks ago.) But when the right movie is made for the right reason and, somehow, it just doesn’t come together, when it’s a truly honest attempt and ultimately a noble failure, it is no pleasure to point out where it went awry.

So let’s start with the good news about “A Wrinkle in Time.” As directed by Ava DuVernay, Disney’s latest adaptation of the Madeleine L’Engle novel is a visual feast, packed with imaginative and often awe-inspiring sights shot in thoughtful, deliberate ways. There are moments of whimsy and creation that truly delight: Mrs. Which (Oprah Winfrey) preferring to appear as a towering giant. Mrs. Whatsit (Reese Witherspoon) transforming into a gently soaring plant-creature. Meg (Storm Reid) struggling with the balance beam construction of the Happy Medium’s (Zach Galifianakis) cave.

Importantly (and maybe even redemptively), I think “A Wrinkle in Time” will resonate with the most vital part of its audience. Adolescent girls — particularly those struggling with self-acceptance, for one reason or another — will likely find a powerful and affirming message in this rendering of the classic tale. “A Wrinkle in Time,” in all its forms, is about Meg learning that she is enough; that she has the capability of traveling the universe and rescuing her missing father (Chris Pine). That was the most important thing that this film had to do, and it did it.

By any other metric, though, it simply doesn’t work.

“A Wrinkle in Time” switches modes and methods with distracting frequency, bouncing between teen drama in one scene and high-concept fantasy in the next (bridged by wildly out-of-place intrusions of pop ballads). While in another context such pastiche might be engaging, here, it is disruptive. It is a film that tries everything, awkwardly packing ideas, visual notes and heady concepts into a slim frame; the filmmakers manage to barely hang on to the runaway train for about an hour before completely losing control as the film approaches its climax.

It is, to put it kindly, an inelegant adaptation of the novel (“Frozen” writer/director Jennifer Lee penned the screenplay) that is sure to disappoint adults who grew up with the book.

Even as Disney grows better and better at mastering truly all-ages entertainment, not every film can satisfy young and old alike. “A Wrinkle in Time” is an inventive and ambitious children’s movie, it just has little to offer adults. That’s OK. There are worse things. But given the considerable talent assembled (not to mention the hype), it’s hard to call the result anything other than a disappointment.

Oscar viewers Sunday night saw the Chilean drama “A Fantastic Woman” pick up the prize for Best Foreign Language Feature; the film’s star, Daniela Vega — who in a just world would’ve not only been nominated for Best Actress but taken the prize home — also introduced one of the evening’s musical numbers. Today, the film makes its local premiere, kicking off a two-week run at Regent Square Theater.

The May-December romance between Marina (Vega) and Orlando (Francisco Reyes) ends in shock with his sudden passing. As Marina tries to mourn, she is confronted with anger and hostility from Orlando’s family; Marina is trans, and they never accepted his choice to be with her. The film opens with Marina full of confidence; through an onslaught of skepticism and criticism, her identity comes under fire.

Vega’s performance carries the film, but its power is in its simple, quiet humanity: Far from a sensational treatment, “A Fantastic Woman” is a bare tale of identity and dignity. This isn’t merely a recent Oscar winner, it’s one of the best films to claim the Foreign Language trophy in years.

The Montage: The documentary film “I Am Evidence,” which deals with the staggering number of untested rape kits in American police stations, is bound for HBO; it receives an early screening this Saturday night at Rodef Shalom, with co-director and producer Trish Adlesic — a Pittsburgh native — in attendance … Notify the Bloomfieldians: The documentary about bocce ball culture, “Breaking Balls,” today begins a one-week run at South Side Works Cinema … Indie horror flick “Noxious” is set for two screenings at the re-opened Hollywood Theater in Dormont … Influential kung-fu classics from the Shaw Brothers are on tap this week at Row House Cinema. Among them: “The 36th Chamber of Shaolin,” the film that influenced the creation of the Wu-Tang Clan, and “Come Drink With Me,” the 1966 classic widely considered to be the first action movie with a female star.