Rogue One Spins Off Star Wars With an Enjoyable, Satisfying Story

PM film editor Sean Collier reviews the highly anticipated "Star Wars" spinoff, "Rogue One." (No, there are no spoilers here.) 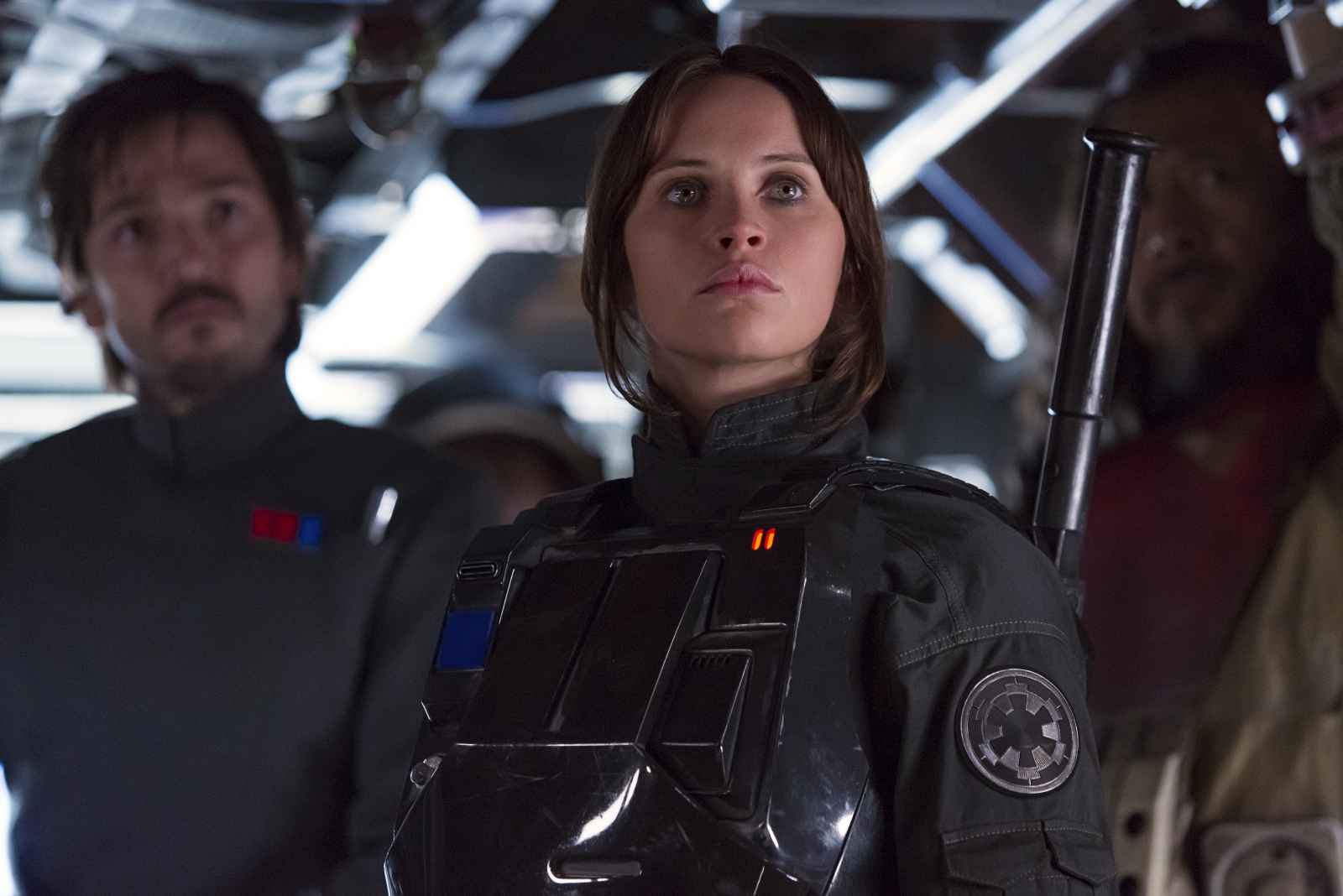 A heavy burden rests on the shoulders of “Rogue One: A Star Wars Story,” one that outweighs even the natural anticipation of a new film set in cinema’s most beloved universe.

To date, eight films in the “Star Wars” have seen theatrical release — and, believe it or not, only half of them are remembered fondly. Those would be the trilogy of films released 1977 and 1983 as well as last year’s “The Force Awakens,” the films that make the franchise the juggernaut it is. Besides those, there’s the prequel trilogy released between 1999 and 2005, which divided critical opinion and invited ample fan derision, and “The Clone Wars,” the series’ only animated entry, which was widely panned.

By this admittedly context-free analysis, a “Star Wars” movie is equally likely to be bad as it is to be good. Of course, in practice, “The Force Awakens” changed everything. J.J. Abrams’ film not only represented the kind of new adventure fans had been waiting for since 1983, it suggested that this particular cinematic universe had the potential to deliver any number of tales, both inside the franchise’s main chronology and outside of it.

The intention was made clear by Disney, the masters of endlessly expanding content: There would not merely be a new “Star Wars” trilogy, there would be an unbroken stream of new cinematic tales branching out from these stories. In December 2015, Wired Magazine made a bold claim: “You won’t live to see the final ‘Star Wars’ movie.”

Which brings us to “Rogue One,” which must perform no less a task than proving that all of that is possible. The first live-action “Star Wars” spinoff is not about the Anakin-Luke-Rey lineage, as all of its predecessors have been. It does not bear an episode number and it does not start with a yellow scroll of text cascading across a starry background. It is a “Star Wars Story,” as the title indicates, but it is not a part of the main “Star Wars” series.

It’s a spinoff. A side quest, in video game parlance.

The timeframe should resonate with original-trilogy loyalists: We pick up mere months before the beginning of “A New Hope.” The nascent Rebellion is divided and weak; rumor has it that the Empire is cooking up a superweapon (like a deadly star of some kind, you might say) with the power to obliterate cities, if not planets.

Chief among the Empire’s engineers is a conflicted man by the name of Galen Erso (Mads Mikkelsen) — but his loyalties to the cause may not run as deep as the bad guys would like. Particularly since Erso’s daughter, Jyn (Felicity Jones), has just escaped custody.

The rest of the tale involves Jyn and a ragtag bunch of rebels, brought together under the gaze of Saw Gerrera (Forest Whitaker) then seeking to track down more information about the Empire’s moon-sized canon, in the hopes that they can find a way to stop it. I won’t give any more away here, but I don’t need to; the story presented in “Rogue One” is self-contained and simple, as any side quest should be.

Director Gareth Edwards, who helmed the enjoyable 2014 “Godzilla” reboot, brings a somewhat more earthbound style to the direction here, befitting the film’s status as more heist drama than space opera. Of course, the technical jumping-jacks that have defined the franchise are in fine form, as diverse planets are visited and near-space dogfights inevitably break out; it should be noted, though, that the only glaring flaw in “Rogue One” is technical in nature and very distracting.

The game, earnest cast does good work, although I’d wager that most of them won’t be as memorable as their big-series brethren. The most notable exception to that — besides sardonic robot K-2SO (voice of Alan Tudyk), who’s an instant favorite — is Jyn, given full voice and fighting spirit by Jones. She’s a character who’d I be happy to watch brush elbows with the series’ icons.

So, to the point: Is it good? Yes. Quite good. It may not be the landmark record-beater that “Force Awakens” was, and doesn’t quite have the heft of that film. But “Rogue One” stands on its own as an enjoyable story, a good film and a worthy bearer of the “Star Wars” name.