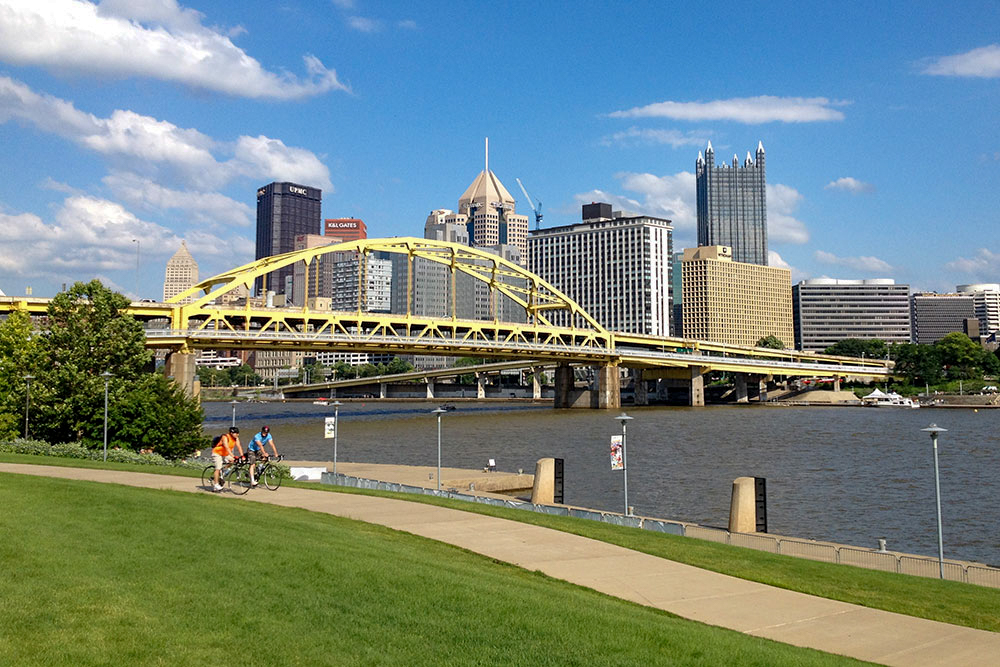 What could be better than a bike ride along Pittsburgh’s three rivers on a beautiful day? Stopping at some lively breweries along the way.

Last summer, good friends guided a group of us on their own curated bike-and-brew tour on the Three Rivers Heritage Trail from the South Side to the North Side and Millvale. It was a fun mix of exercise and beer tastings. Since then, the long-awaited Sly Fox at The Highline is finally opening to provide another craft brewery — and large outdoor patio — along the trail on the South Side.

With warmer weather just ahead, here’s an approximately 15-mile bike route to try:

Starting and ending at Southside Riverfront Park near 18th Street (free parking!) — the mostly flat route hits four breweries: Sly Fox, Allegheny City Brewing in Deutschtown, Grist House Craft Brewery in Millvale and Southern Tier Brewery on the North Shore. Most of this is on the bike trail; cyclists will have to get on the road for a few blocks to reach Allegheny City and Grist House. (You can always make adjustments or bypass one of these stops if four breweries are too many; make sure to pedal responsibly and wear your helmet.) 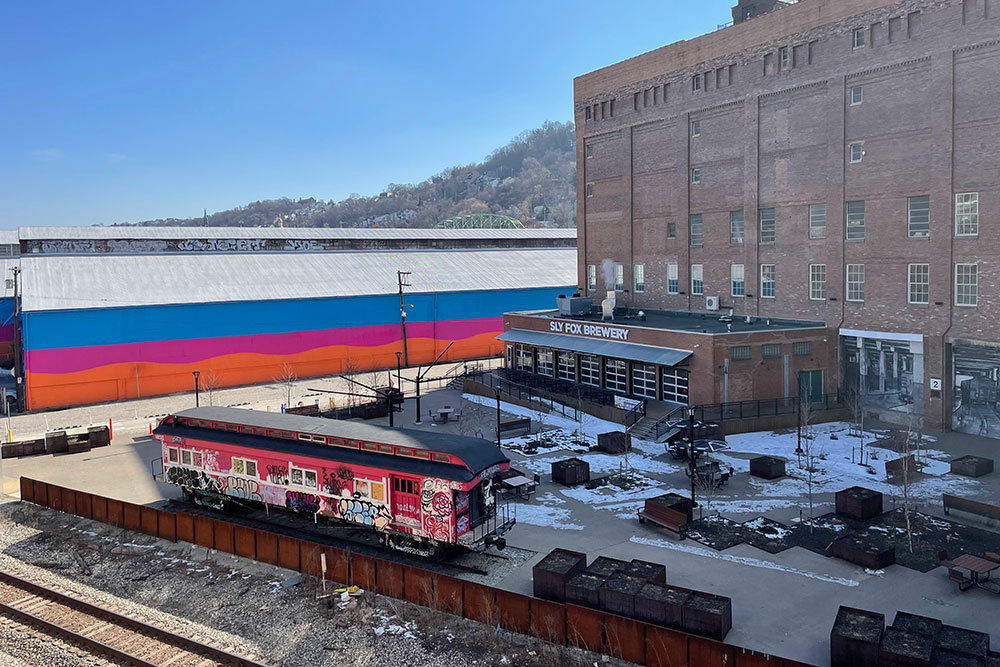 SLY FOX AT THE HIGHLINE
A sign announcing that this 6,000-square-foot brewery would be coming soon has been teasing passing cyclists for two years. But (at press time) it’s finally on the verge of opening and will be a welcome stop along the Three Rivers Heritage Trail. The Giannopoulos family founded this brewery in December 1995, and it’s now headquartered in Pottstown, outside of Philadelphia. Sly Fox has locations across the Mid-Atlantic, as well as at a taphouse near Pittsburgh’s Point. At the Highline, the beer hall features roll-up doors that lead out to the deck and 1 acre of common space. It will have 20 rotating taps each day — 19 Sly Fox beers and a hard seltzer, plus a local cider. The kitchen will serve pub food such as shareables, sandwiches, salads, pizza and daily features. The brewery plans happy hour specials and live music events.
46 S. Fourth St., South Side
slyfoxbeer.com/pittsburgh

The route will continue around McKean Street and then back along the river in front of the Glasshouse Pittsburgh apartments to the Smithfield Street Bridge entrance on Carson Street. Cross the bridge to the switchback down to the Mon Wharf and follow that to the ramp up to Point State Park, where you can swing around the Fort Pitt Museum and head over to the Fort Duquesne Bridge. From the end of the Fort Duquesne bridge, turn right on North Shore Drive. Turn left on Mazeroski Way, right on General Robinson, then left on Federal Street at the corner of PNC Park. Go up to South Commons and right around the corner to East Commons, then right on East Ohio Street, left on Cedar Avenue and right on Foreland Street to Allegheny City Brewing on the right (approx. 4.5 miles). 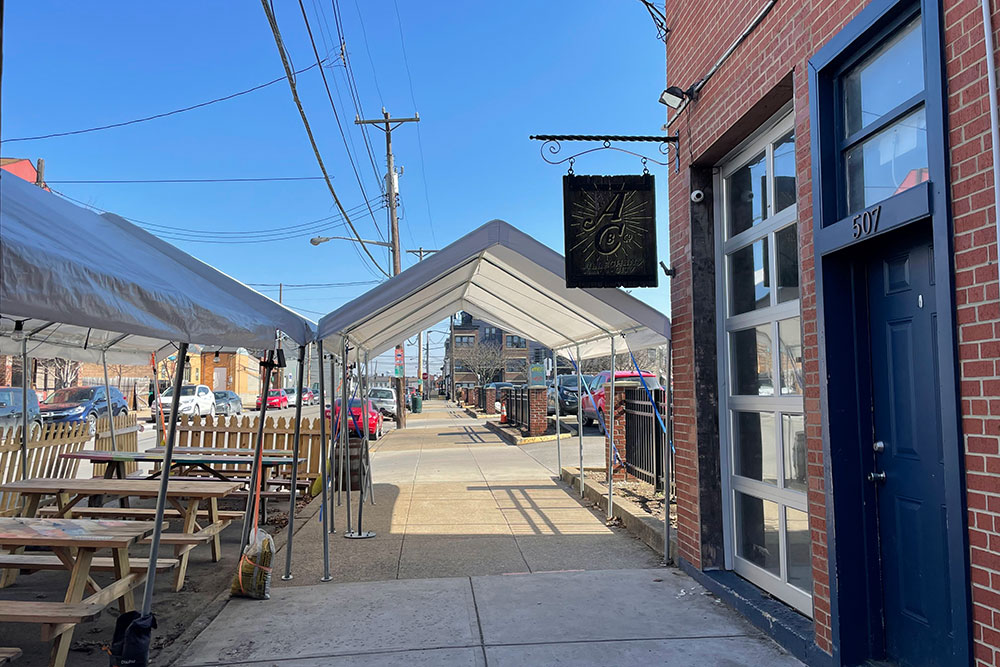 ALLEGHENY CITY BREWING
Al Grasso and brother-sister team Matt and Amy Yurkovich opened this neighborhood brewery in September 2016 after they were inspired by the craft beer scene in Colorado when they lived there in the mid-2000s. The brewery usually has a dozen varieties available. Meals and snacks are provided by a rotation of food trucks. There’s a taproom, outdoor seating on Foreland Street and a family-friendly beer garden around the corner during warmer weather.
507 Foreland St., North Side
alleghenycitybrewing.com

Backtrack to Cedar and turn left. Take that to Stockton Avenue, turn right and then an immediate left on Anderson Street. At Isabella Street, turn left and at the immediate right you’ll see a sidewalk that will take you back to the riverfront trail. Head east and ride several miles to the end of Millvale Riverfront Park. Turn left under Route 28 and follow East Ohio to Grant Street. Follow this into Millvale and turn left on Sherman Street. Grist House will be on your left (at approx. 8 miles). 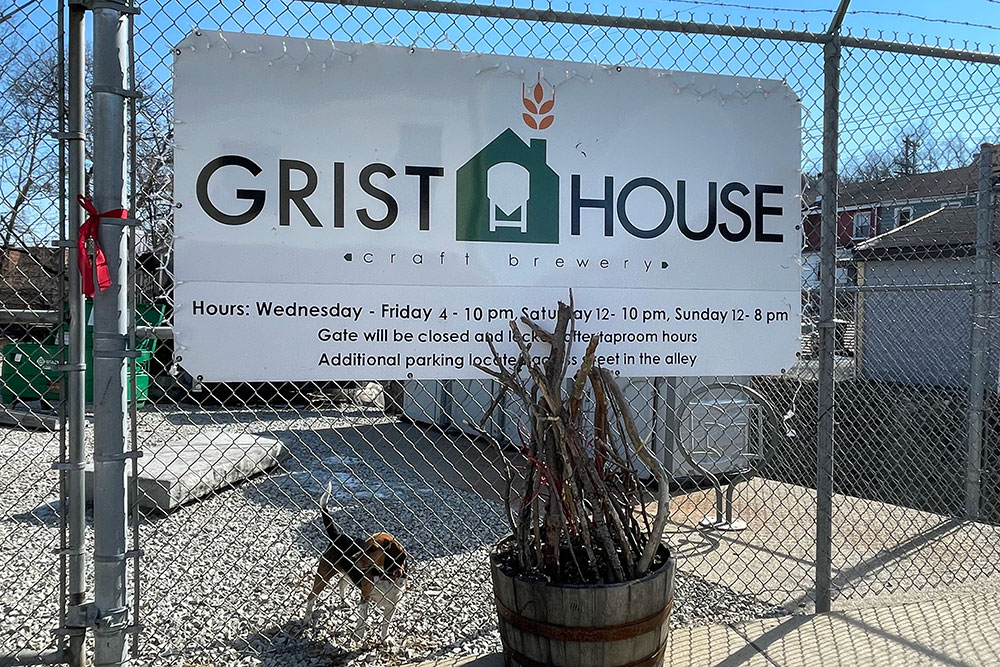 GRIST HOUSE CRAFT BREWERY
Weekends can be crazy busy at this craft brewery in Millvale, which opened over Memorial Day in 2014. Several beers are on tap daily and food trucks provide the nourishment. Patrons sit at barrel tables, and there is a large family-friendly outdoor space. With the brewery bursting at the seams, co-owners and brothers-in-law Brian Eaton and Kyle Mientkiewicz purchased a 55,000-square-foot former Nike Missile compound center in Collier in 2018 with plans to expand their business (it offers just to-go there now), but the Millvale site will definitely continue.
10 E. Sherman St., Millvale
gristhouse.com

Backtrack to the bike trail and continue west all the way to the Fort Duquesne Bridge. Take one of the ramps up to Southern Tier on North Shore Drive (at approx. 12 miles). Grab your last tasting and retrace your route to Southside Riverfront Park. 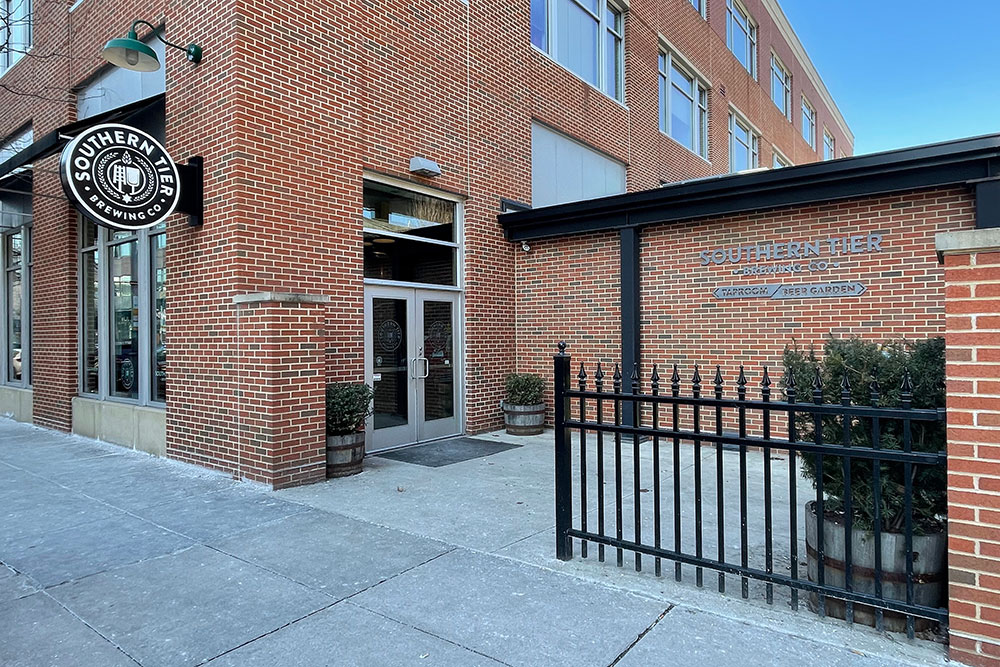 SOUTHERN TIER BREWERY PITTSBURGH
This New York-based brewery is very popular, especially on weekends when guests pack its nearly 10,000-square-foot outdoor patio and beer garden (and are seemingly unbothered by the loud highway traffic overhead). This was Southern Tier’s first satellite brewpub when it opened in January 2017. Southern Tier has a full kitchen and 30 drafts on tap on any given day. There is dedicated bike parking across North Shore Drive. This would be a good spot for either a late lunch or early dinner (and a beer tasting) before heading back to Southside Riverfront Park.
316 North Shore Drive, North Shore
412/301-2337
stbcbeer.com

This article appears in the March 2022 issue of Pittsburgh Magazine.
Categories: Hiking & Biking, Things To Do