Reviews of "Ride Along 2" and "Mustang," plus lots on what's playing In Pittsburgh. 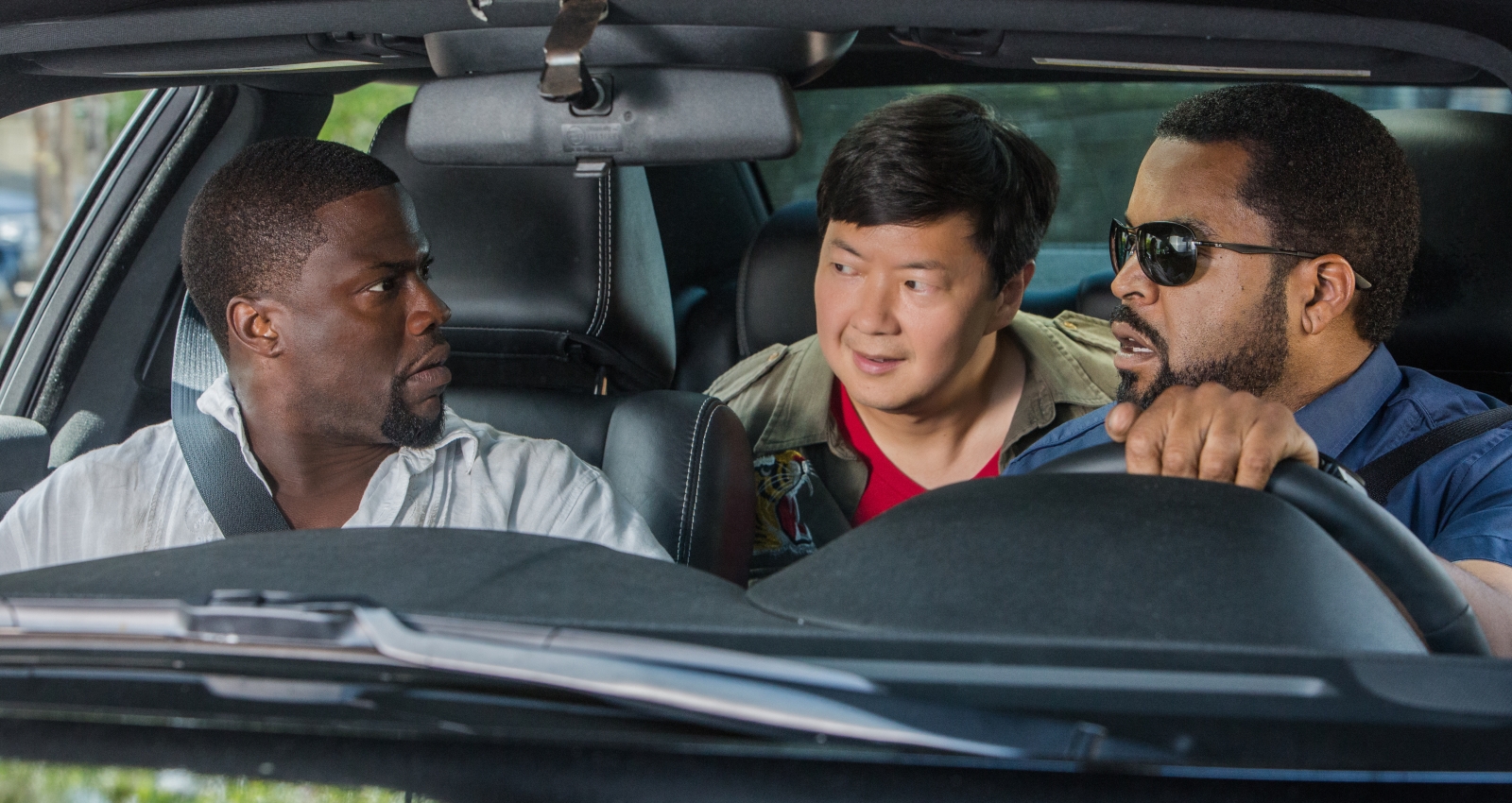 No path to a sequel is as clear as the one that broad comedies walk. The decision-making process goes like this: Did it make money? Are all the major players willing to show up again? If both answers are yes, a sequel is coming. Quickly.

So when “Ride Along,” starring Ice Cube as a no-nonsense cop and Kevin Hart as his all-nonsense future brother-in-law, pulled in more than $150 million in January 2014, a second installment became inevitable. In the original, James (Cube) tried to scare the flailing and panicky Ben (Hart) out of a career in law enforcement, only for Ben to accidentally succeed. In “Ride Along 2” … well, pretty much the same thing, only in Miami. What can I say — it’s a sequel.

The chief newcomers are Ken Jeong as a troublemaking hacker and Olivia Munn as James’ South Beach counterpart. Both are fine comedic performers but have little to add here, since “Ride Along 2” has the same dominant strength as the first: Hart’s physical comedy skills. He flails, he falls, he mugs for the camera — and then Cube gives him an exasperated look. Repeat as many times as possible.

Action sequences drag, and there are some comic moments that whiff. But fans of the original will be pleased to find more of the same. “Ride Along 2” is by no means a must-see, but those searching for mindless laughs this weekend could do worse.

On a much different note: The Turkish-language drama “Mustang,” a nominee for the Best Foreign Language Film Oscar, begins a local run today at Regent Square Theater. Beautifully directed by Turkish-born filmmaker Deniz Gamze Ergüven, “Mustang” concerns a quintet of adolescent girls in rural Turkey. After a perceived indiscretion (which would qualify as quaint summertime fun in the West), the girls are confined to their home by their conservative grandmother. She begins arranging marriages for them as quickly as possible; their responses range from devious to devastating. The performances are quite good and the story of rebellions both minor and major in a repressive environment is captivating. It probably won’t take the Oscar from the universally acclaimed “Son of Saul,” but “Mustang” is certainly worth a trip to Regent Square.

“13 Hours: The Secret Soldiers of Benghazi” arrives in theaters nationwide this weekend. The film was screened for critics, but its only local preview took place at the same time as the “Ride Along 2” showing, and I just can’t say no to Ice Cube. “13 Hours” is based on Mitchell Zuckoff’s book on the 2012 attack, and director Michael Bay — yes, the “Transformers” guy — allegedly promised Zuckoff that this would be his “most real movie,” according to The New York Times. Let’s hope he’s a man of his word. Also out: computer-animated comedy “Norm of the North,” with Rob Schneider voicing a displaced polar bear.

If you read last week’s post on my 10 favorite movies of 2015 — and thus consider my opinion on such matters impeccable — I’d humbly ask you to tune in to the 21st Annual Critics’ Choice Awards this Sunday night. I’m a voter for the organization, making these the only movie awards I have the power to influence (and thus the best awards of all, obviously). For the first time, the former Critics’ Choice Movie Awards and Television Awards have been combined into one star-studded show, this year hosted by uproarious comedian and “Silicon Valley” star T.J. Miller. The ceremony airs at 8 p.m. Sunday on A&E; I’ll be live-tweeting the proceedings on my Twitter page.

The Montage
With some help from the Steeltown Entertainment Project, an underground-hit comedy is jumping from the stage to the web. The Sisters Sorella, until now an “original live sitcom” staged by No Name Players at Arcade Comedy Theater, will be adapted into a webseries in the coming weeks. Expect webisodes in late February … More on the Oscar nominations in the coming weeks. Next week, I’ll let you know which nominated films are still in local theaters … Row House Cinema has held Quentin Tarantino’s “The Hateful Eight” over for another week. The western, which made my Top 10 list, has been the sole tenant at Row House since New Year’s Eve … Regent Square Cinema continues its Hitchcock Classics series this Sunday night with “Rope.” “Rear Window” and “Psycho” will follow … The Hollywood Theater Dormont has three more showings of Elvis Costello’s concert film, “Detour,” through Wednesday … I’ve received word that my pick for 2015’s best film, “Anomalisa,” will debut locally next Friday, Jan. 22. It’ll definitely be playing at The Manor Theatre and possibly a handful of other venues.