Richard Linklater Goes Back to School, Snow White Leaves Her Own Franchise

Reviews of "Everybody Wants Some!!" and "The Huntsman: Winter's War," plus local movie news and updates. 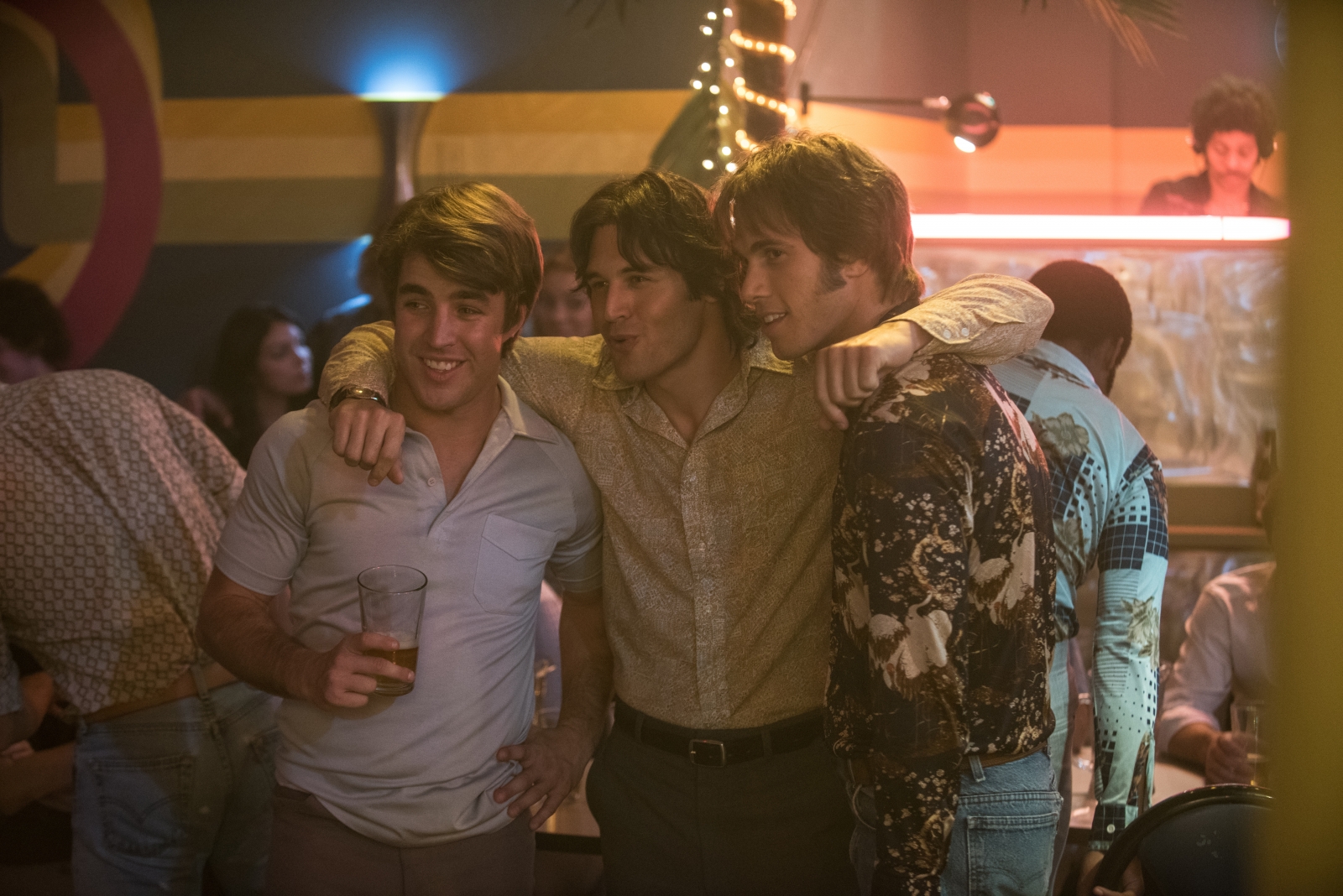 I can name few movies more pointless than “Everybody Wants Some!!,” writer/director Richard Linklater’s follow-up to the acclaimed “Boyhood.”

Okay, okay: It’s the weekend before class begins at a small college in Texas, and the school’s quite-skilled baseball team is welcoming its new recruits. That’s as far as I can go with a storyline. The team faces no hardship, undergoes no change, discovers no conflict. Linklater just has us hang out with them for a few hours, as they drink, argue and pursue intimate relations with any and every female on campus.

In Linklater’s hands, hanging out with these kids for a few hours is not a patently unpleasant experience. It’s a collegiate fantasy at once realistic (the macho posturing, the stoned-out circular conversation) and completely ludicrous (this particular school exists in a carefree, bacchanalian alternate universe free of both obligation and consequence). A few of the characters are engaging, and there are more than a handful of genuine laughs spread throughout.

But it is slow, it is pointless and it is patently disinterested in apologizing for the lads’ baser side — in fact, “Everybody Wants Some!!” is a celebration of a particularly awful late-teen mindset. Which might be okay if it had more to say, but here, without any grander design, it occasionally feels more than a bit icky.

Linklater is a skilled filmmaker, so it can’t be said that “Everybody Wants Some!!” is a bad movie. It is just barely above average, I’d say. But I can’t call it anything you should go out of your way to see.

In 2012, the character Snow White entered theaters twice in a matter of months. Neither film was particularly memorable; “Snow White and the Huntsman” was probably the better of the two, based largely on an excellent performance by Charlize Theron as the Evil Queen, and “Mirror Mirror” missed the mark widely but was at least really weird. I wouldn’t have pegged either as a likely opportunity for a sequel, but this week, theatergoers will encounter “The Huntsman: Winter’s War.” You’ll note that Ms. White has been omitted from the title; her character, played in the first film by Kristen Stewart, is not the subject here. Rather, this tale depicts the rise of a second evil queen, Freya — played by Emily Blunt and quite heavily influenced by Disney’s Elsa, of “Frozen” fame — who raises an army of emotionless devotees after she’s dealt a great injustice by a young lover. The titular Huntsman (Chris Hemsworth, reprising his role) broke Freya’s cardinal rule: He fell in love with fellow warrior Sara (Jessica Chastain). The cast, excepting the limited Hemsworth, are quite good (though I must acknowledge the unsavory choice to digitally shrink actors of normal height to play the dwarves; it felt weird the first time, and it feels weird again). And while “Winter’s War” likely won’t occupy space in my memory for very long, it was a decent enough yarn while it was unfolding. Fans of a certain type of fantasy will probably have a fine time.

I’d be here all night if I even attempted to eulogize Prince, so I’ll leave that to finer writers. But I can point you to two excellent opportunities to celebrate the gone-too-soon visionary. Row House Cinema will screen “Purple Rain” at 9 p.m. this Sunday and show the concert film “Sign ‘O’ The Times” at 9:20 p.m. on Wednesday, April 27. Info and tickets for both shows are available here; I wouldn’t wait to buy them at the door.

The Montage: The cult-classic martial arts flick “The Last Dragon” is getting a pair of very special screenings tonight at Dormont’s Hollywood Theater. Taimak, the star of the film, will be answering questions and signing copies of his book, appropriately titled “Taimak: The Last Dragon.” Tickets and info here … A few films hitting local theaters this week that I wasn’t able to review: “Miles Ahead,” the partially fictionalized Miles Davis biopic starring Don Cheadle; “Elvis & Nixon,” with Kevin Spacey as the president and Michael Shannon as the King, talking drug policy in the Oval Office; and “Remember,” the Christopher Plummer drama recently featured at the JFilm festival. I’m hoping to catch up on those soon … When Row House isn’t paying homage to the purple one, they’ll be teaming with Alternate Histories for a bunch of monster movies: the classic version of “King Kong,” “Tremors,” “Attack of the 50-Foot Woman” and “Godzilla, Mothra and King Ghidorah: Giant Monsters All-Out Attack.” Click here for info and tickets.