Reviving History: The Fight for the Old Stone Tavern

The building originally operated as a tavern, tollhouse and inn on the Washington Pike. It had served patrons for more than 220 years before closing in 2008. 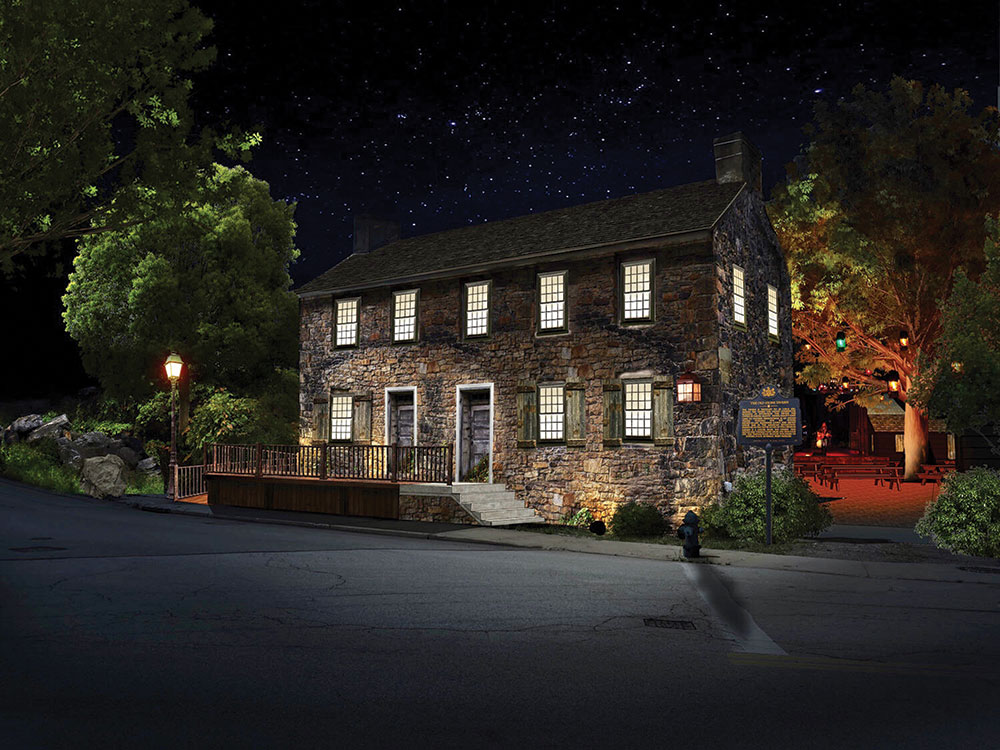 The fate of Pittsburgh’s oldest commercial building, a West End tavern where Whiskey Rebellion conspirators once hatched their plans, ultimately rests on whether someone is willing to bet a couple million dollars on reopening it.

The Old Stone Tavern, at 434 Greentree Road, originally operated as a tavern, tollhouse and inn on the Washington Pike; it served patrons for more than 220 years. A ledger from the business, dated 1793-1797 and preserved in a reading room at the Carnegie Library in Oakland, is replete with the names — and drink orders — of Pittsburgh’s first settlers and founding families. 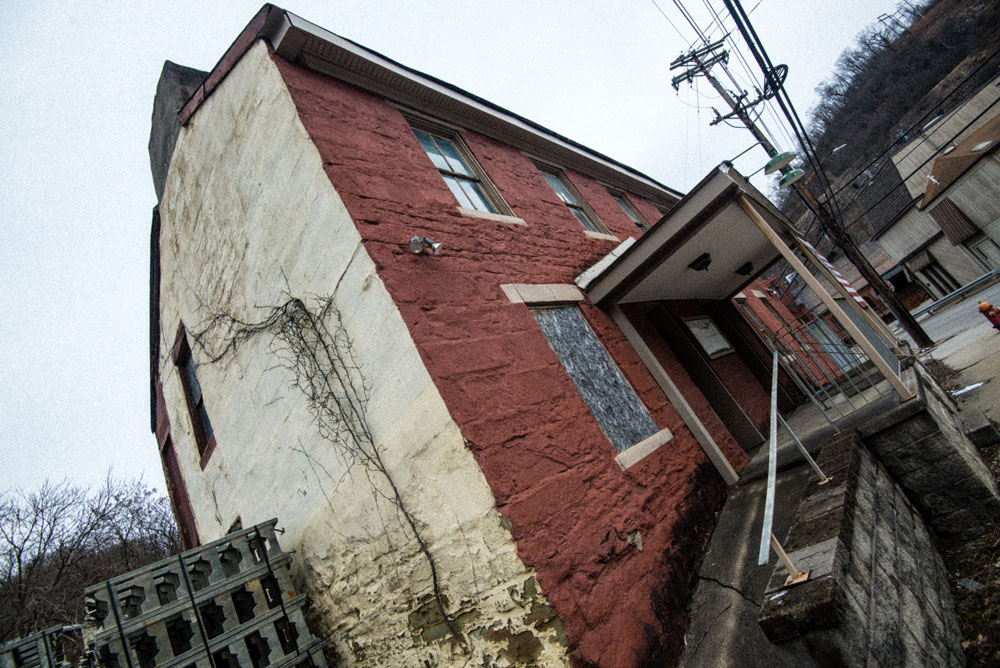 THE CURRENT EXTERIOR OF THE HISTORIC OLD STONE TAVERN, CLOSED SINCE 2008.

Norene Beatty, president of the Pittsburgh Old Stone Tavern Friends Trust, says the place made a great cheeseburger in the 1970s, when she lived in Elliott and used to stop in for lunch. But it was only after historic preservationists intervened to block the tavern’s demolition that she became aware of its historical provenance.

Beatty, 82, now doggedly leads efforts to reimagine the crumbling structure, which closed in 2008, as a potential tourist attraction that could aid in neighborhood revitalization. First, however, a buyer must be found. 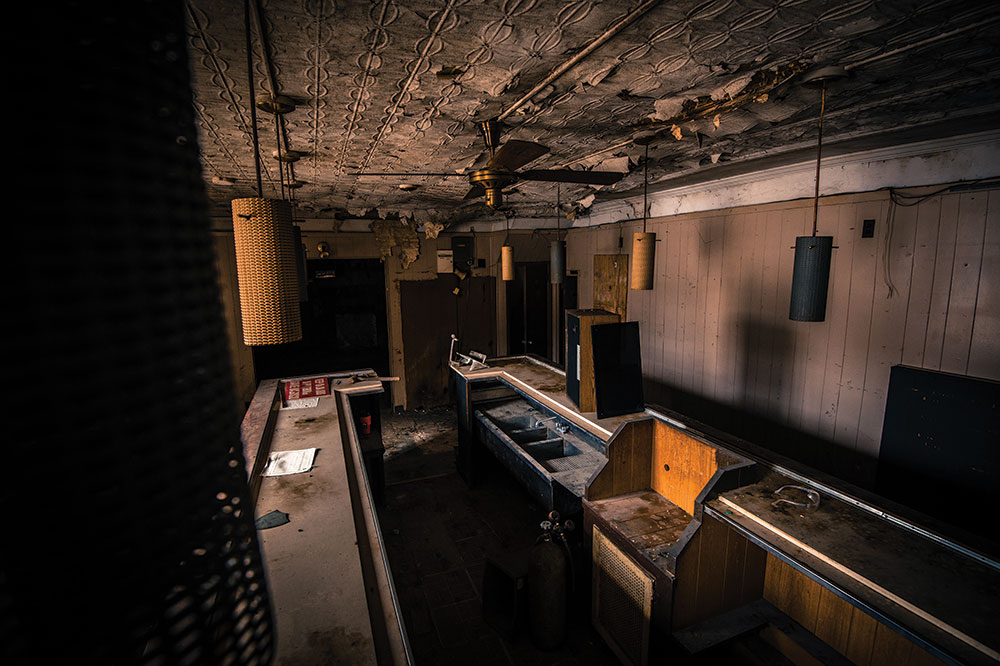 THE CURRENT INTERIOR OF THE HISTORIC OLD STONE TAVERN

“We just keep waiting,” Beatty says. “We’re too stubborn to quit — because it’s too important.”

In 2019, the preservationist group released a proposed plan, complete with colorful and evocative renderings, for a restored tavern as the centerpiece of a complex with a distillery, event venue and museum.

Keep scrolling for more photos and a special recipe

The plan envisions a 5-year timeline for a grand reopening — given adequate financial resources. Beatty estimates the project needs a minimum of $2 million for archaeological excavation, historical renovation and new construction — and buying the place from current owner, Harris Masonry, Inc.

Lee Harris says he would happily relocate his family business if the right offer came along. His company, based next door, maintains a large storage yard behind the inn for trucks and equipment. He says the company needs more space; that was the impetus for buying the Old Stone Tavern for $38,500 in 2009.

Now blocked by the building’s historic designation, Harris says he will sell only as part of a package deal with the rest of his four-decade-old business, which he would relocate. The tavern group’s revitalization plan operates under that assumption, incorporating Harris Masonry’s warehouse as part of the proposed complex; the storage yard could be an outdoor venue. 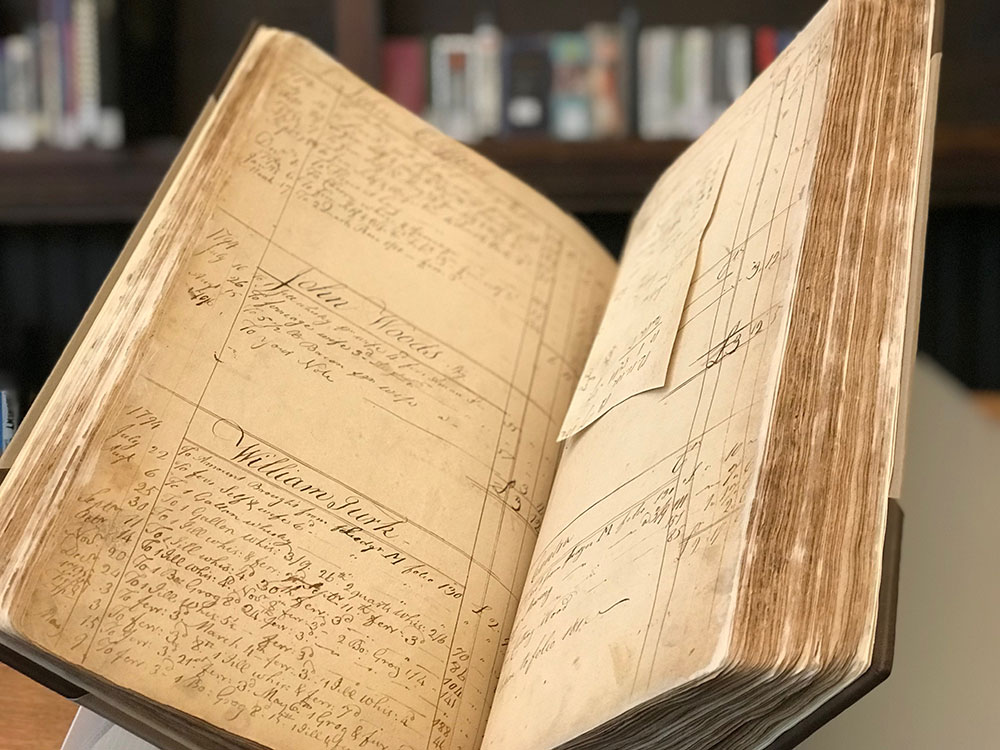 A LEDGER DETAILING BUSINESS AT THE TAVERN IN THE 1790S. | PHOTO BY CHAD GLOVER

Harris and Beatty both profess mutual respect for each other in their dealings. “He’s a businessman,” she says. “He’s looking out for his own business, which is commendable.”

“I sort of feel bad for Norene, as hard as she’s worked, that she’s not getting anywhere,” Harris says, referring to the group’s sizable financial obstacle. He allowed the group to post a sign promoting its fundraising website on the front of the historic building last year, and so far the page has raised just over $1,500 towards a stated goal of $100,000.

But Beatty is unswervable. A fundraiser with Wigle Whiskey last year gave her a taste of an 18th century brandy-based cocktail the ledger shows was once popular at the establishment. On the day she finally returns to the Old Stone Tavern, Beatty says, “I think I’d like to have a Cherry Bounce.”

Instructions
1. If cherries are not yet pitted, remove pits and set aside for later.
2. In a large saucepan combine cherries & brown sugar. Bring to a boil and simmer over medium heat.
3. Reduce heat to medium-low and continue to simmer for 20 minutes, stirring occasionally. After 20 minutes, remove from heat and let cool.
4. While the mixture is cooling, place the cherry pits in a bag and crush. We used one of our barrels; however, Martha Washington preferred crushing the “kirnels” with a hatchet.
5. Once the mixture has cooled, pour into a glass jar and add vanilla, cinnamon, allspice, nutmeg, crushed cherry pits and whiskey. Secure the lid and shake to combine ingredients.
6. Soak until desired taste is achieved. This usually takes between 3 and 6 months.
7. When ready, strain into a clean jar through a coffee filter. The bounce will keep for approximately 2 months. Cherries can be reserved for garnishing.