Restaurant Road Trip: Why It's Worth Stopping at Zack's

It’s worth driving to New Bethlehem for a locally sourced meal in an unexpected location. 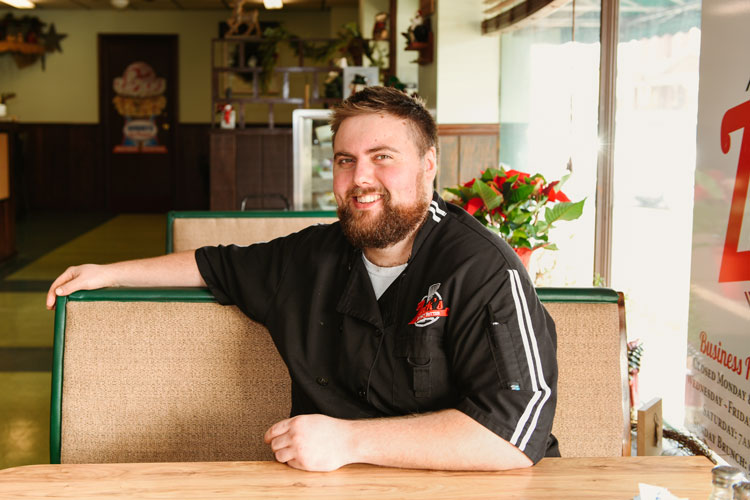 It was the “We serve Clarion beef” sign that drew me off the road. It was the Who Cooks For You? Farm carrots, glazed with a bourbon-maple reduction, that had me ecstatic that I decided to stop at Zack’s in New Bethlehem. That and the chicken parmesan sandwich; it featured perfectly fried, crispy, tender chicken breast, housemade San Marzano sauce and a melty combination of mozzarella and parmesan cheeses served inside a cushy bun. It was one of the best I’ve had in the region, and I’d totally drive there to get it again.

The following day, heading home from the Allegheny National Forest, I was thinking about the pork special that wasn’t quite ready when I stopped in for lunch. So there I was, sitting again in the comfortable, homey dining room at Zack’s.

I started with creamy chicken soup, digging the bold-yet-comforting broth full of precision-diced vegetables and pieces of roasted chicken, some packing the extra flavor punch that comes with deep roasting. The pork special was pretty great, too; ribs glazed with sweet and sour sauce, plus more of those lovely carrots.

Zack’s is owned by Zack Blose, who grew up in New Bethlehem and started making pizzas at nearby Rocky’s Pizza when he was a senior in high school. After graduation, he got a job as a cook at the Holiday Inn in Clarion and worked there for three years before attending culinary school at Indiana University of Pennsylvania. He jobbed around in area kitchens for a few years; Rocky’s went up for sale in 2016, he purchased the business and renamed it Zack’s Shack. His pizza and sandwich shop was popular with the locals, including Chris Brittenburg and Aeros Lillstrom of Who Cooks For You. 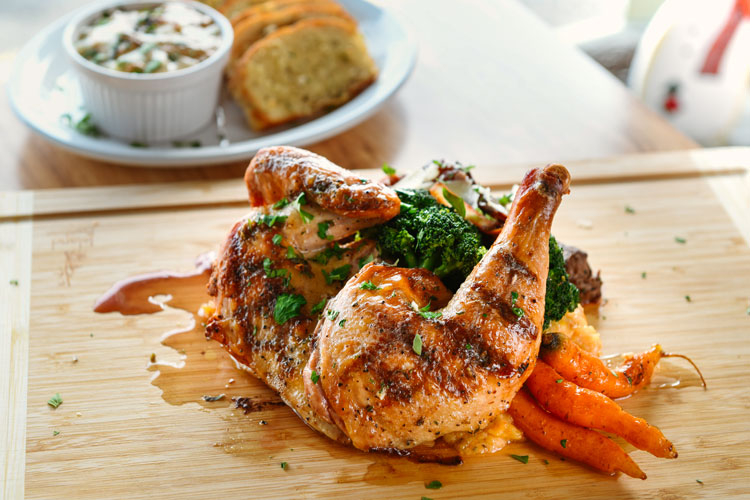 When the diner down the block from the shack became available, Blose decided to take it over and expand the menu; the town, particularly with the opening of Fox’s Pizza Den last fall, is fairly overrun with pizza joints, but it needed a good restaurant.

Zack’s is a family affair — younger brothers Austin and Mitchell, who also run a personal training business in the same building, work in the kitchen and the dining room and his mom, Melissa, sometimes will work front-of-house and serves as the events coordinator. Aunt Dana does the baking and, Blose says, “Dad (Dan) does dishes every once in a while.”

While Blose has a chef’s mindset, he says he has a lot of work to do convincing some of the local clientele to branch out of their comfort zones. So, in addition to weekly specials such as the ribs, he also includes more straightforward and lower-cost options on his menu (which, considering the provenance of the ingredients, is already inexpensive by Pittsburgh standards). “We’re trying to do things nobody else is doing here. It’s an uphill battle. We’re trying to change people’s mindsets. Every restaurant around here cuts too many corners, uses cheap stuff, pulls it out of the freezer and fries it. We’re not doing that,” he says.

In fact, his restaurant is significantly more farm-to-table than many Pittsburgh restaurants claiming the same thing. Among his suppliers: Clarion Farms for beef; Who Cooks For You? Farm for produce; Baytree Farm for lamb; Gerber Farms for chicken and pork; and Pasture Maid Creamery for cheese. Blose says he’s aiming to get as close to 100 percent local as he can.

I’m so happy I pulled over on that crisp autumn day. If you live in or near New Bethlehem, I highly recommend supporting this local business. And if you’re passing through on road trip from Pittsburgh, it’s a great place to stop.