Pittsburgh finally gets a proper roving taco truck; plus, the team from an Allentown gem opens a spot in the Strip. 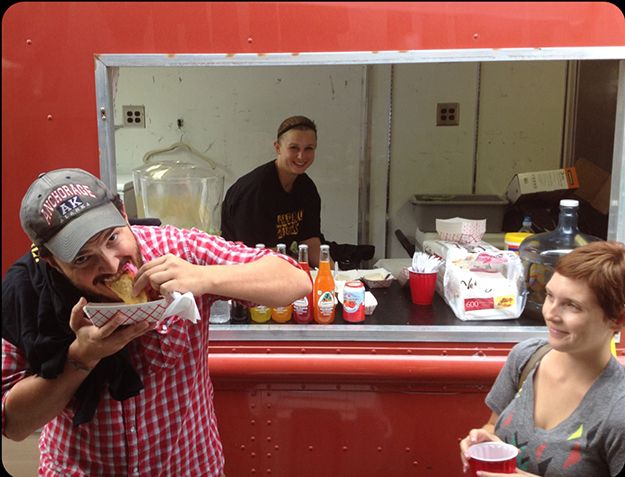 Pgh Taco Truck
In this day and age, we’re all busy — which means we may need to eat on the run. And with so many taco enthusiasts in town, it comes as no surprise that James Rich would want to start a business that enables him to serve tacos … from a big truck. So far, he has purchased some key items (like the meat grinder he’ll use to make killer beef filling) and has made appearances at local events (including the Urban Garden Party). Rich, who maintains local food blog ’Burgh Gourmand (and is no stranger to the food business), hopes to be officially rolling Aug. 15.

Emilia Romagna
They’re at it again: Owners Jonathan and Brandy Vlasic have pleased countless locals with the offerings at Allentown favorite Alla Famiglia for several years. Then they opened the doors to Arlecchino Ristorante a few months ago. And if that weren’t enough, they officially opened Emilia Romagna in late June. This place, named after the Italian region, offers dinner service, with such menu items as aged steaks and chops, as well as many usual (and super-tasty) suspects: pizza, housemade buffalata and much more. Adjacent to Emilia is ER, a cocktail lounge.

Pittsburgh Restaurant Week
Aug. 13-19, around the region
After a brief hiatus, the city’s Restaurant Week returned in January — this time, with the help of local food blogger Brian McCollum. Since the January installment was such a hit, he opted to add a summer session. The deals draw folks from across the region hoping to order one of the $20.12 exclusives or specially priced prix-fixe meals (each establishment can offer something different). As of press time, eateries like Avenue B, Meat & Potatoes, The Porch at Schenley and Vivo Kitchen will be part of the summer 2012 lineup.

Red, Ripe and Roasted: Tomato & Garlic Festival
Aug. 26 from 11 a.m.-5 p.m.
Summer’s the perfect time to show off your green thumb — or at least use produce grown at local farms, such as amazing zucchini, peppers … and tomatoes and garlic. The last two items will be in the spotlight Aug. 26, as Phipps hosts the plants’ eighth annual namesake festival. Presented in cooperation with the Greater Pittsburgh Community Food Bank, this event will offer guests a chance to browse, taste and compete (there’s a contest being held for the largest, smallest and ugliest tomatoes). Come hungry — and prepared: There will be an on-site farmers market, so bring bags and crates. Don’t forget to also tote along fresh produce to donate to the GPCFB in exchange for free admission.