Renovations are Complete at Kaufmann’s, but the Clock is Still Ticking

The former Downtown department store’s iconic clock, famed as a meetup spot for generations of Pittsburghers, is still keeping time as renovations finish up on the long-delayed residential/retail project. 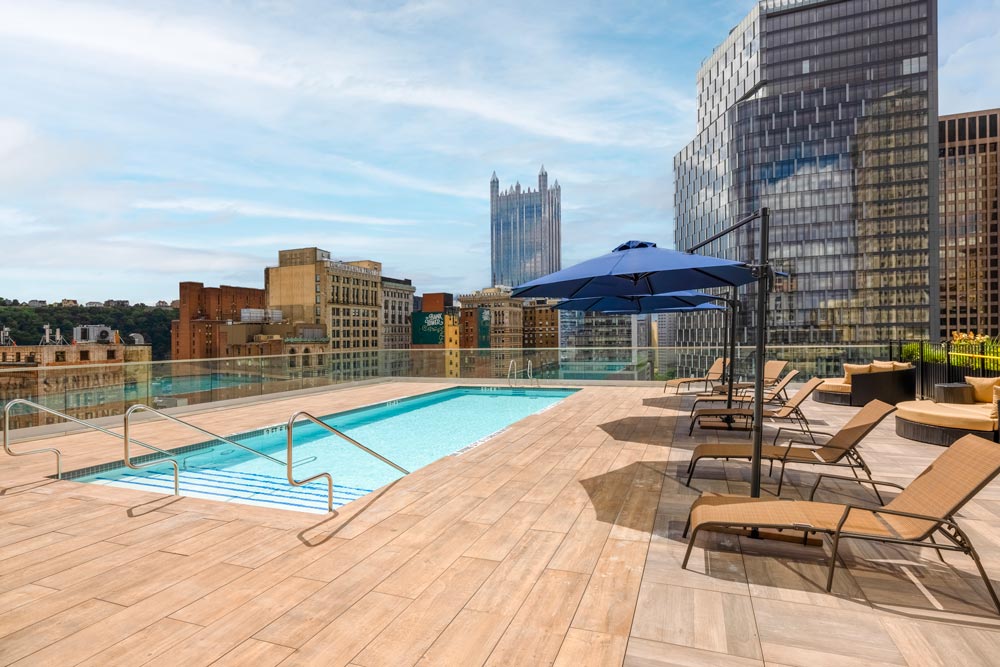 The iconic clock at the corner of Smithfield Street and Fifth Avenue remains, but nearly everything else about the former Kaufmann’s department store Downtown has been transformed following extensive renovations.

Now known simply as Kaufmann’s, the historic 13-story building houses 311 apartments and two floors of retail — including a 25,000 square-foot Target store that’s on track to open at street level in the spring — a parking garage and the 160-room Even Hotel. A national retailer for the second floor is expected to be announced soon. 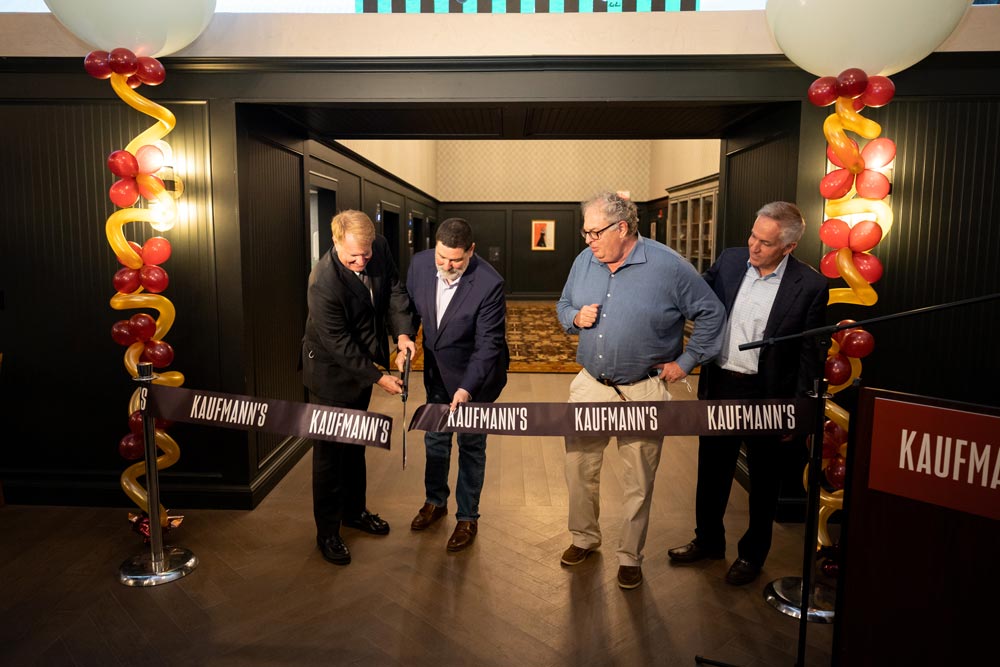 Lubert-Adler Partners, L.P. last week hosted a ribbon-cutting ceremony to celebrate the restoration of the local landmark. After taking over from Core Realty in 2020, the Philadelphia-based company invested $40 million in jumpstarting the uncompleted mixed-use redevelopment.

Also based in Philadelphia, Core Realty had bought the 1880s’-era Kaufmann’s building (which also spent time as a Macy’s department store) for $15 million in 2015, but its plans for renovation sputtered out after being plagued by delays, lawsuits and liens — as well as complaints of a rodent infestation and maintenance issues.

“We stepped into a project that was already underway and required an intense amount of effort to meet our standards for quality,” said Lubert-Adler CEO Dean Adler in a press release. “After months of renovations, we are eager to show Pittsburgh how this iconic Downtown building has come alive again as a residence for individuals from young professionals to empty nesters.” 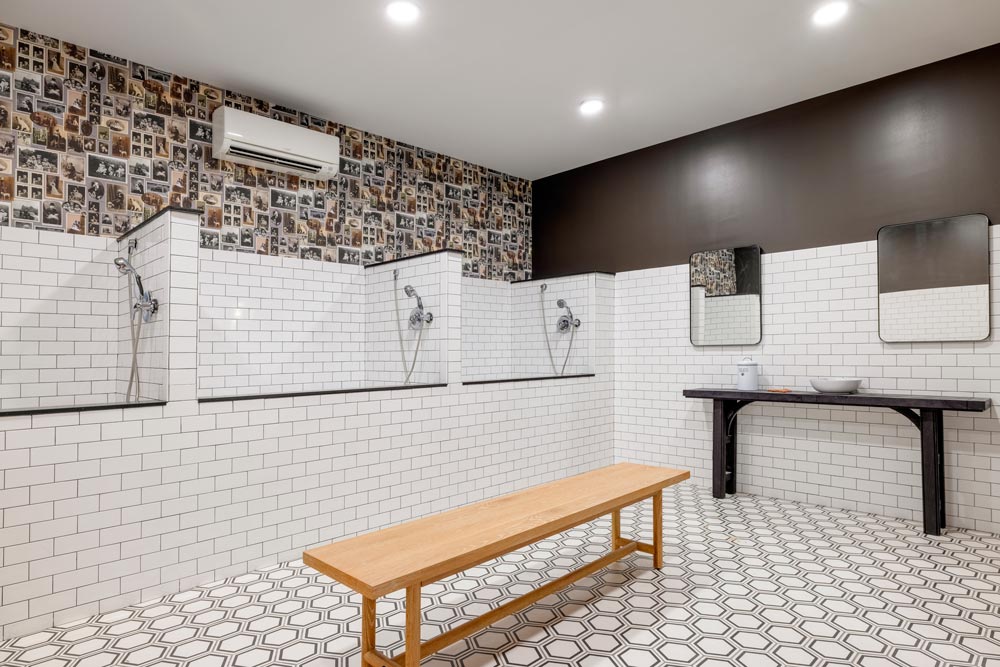 Among the pet-friendly building’s luxury amenities are a recently completed rooftop pool with a view of Downtown; a podcast room, movie room, a music room with a community drumset, piano and a guitar, a dog-washing room with three bays and even a game room with a golf simulator. 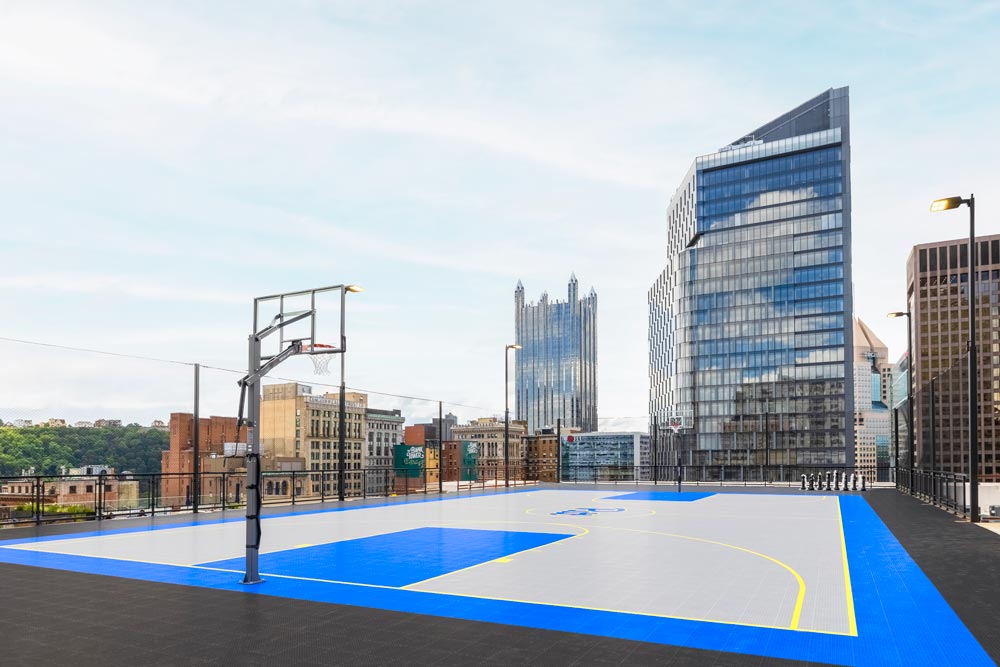 There’s also a rooftop basketball court that will be converted into an ice-skating rink in the winter months, plus a dog park — also located on the roof. Up next are plans for a  full-service bar and event area for residents.

Fastrack Construction president Chris McElwee, whose company handled the renovation, told 90.5 WESA that when Fastrack came on board last year, there wasn’t much of the old department store left to restore other than the elevator doors and a brass K emblem on one of the floors. 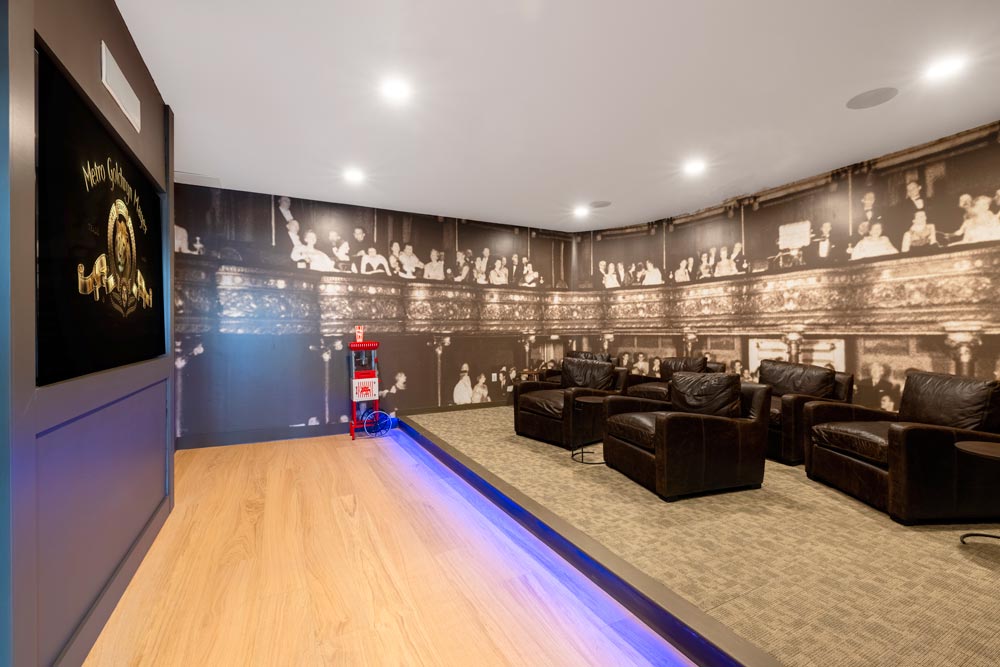 Instead, his team focused on recreating Kaufmann’s past grandeur by installing wood floors and tin ceilings. In the lobby today is a replica of a vintage Kaufmann’s display case that’s filled with department store memorabilia. Another wall is covered with oversized prints of old Kaufmann’s catalog pages.

The Kaufmann’s clock, famed as a meetup spot for generations of Pittsburghers, also has been refurbished.

“We wanted to bring back the heart and soul of Kaufmann’s,” McElwee said. 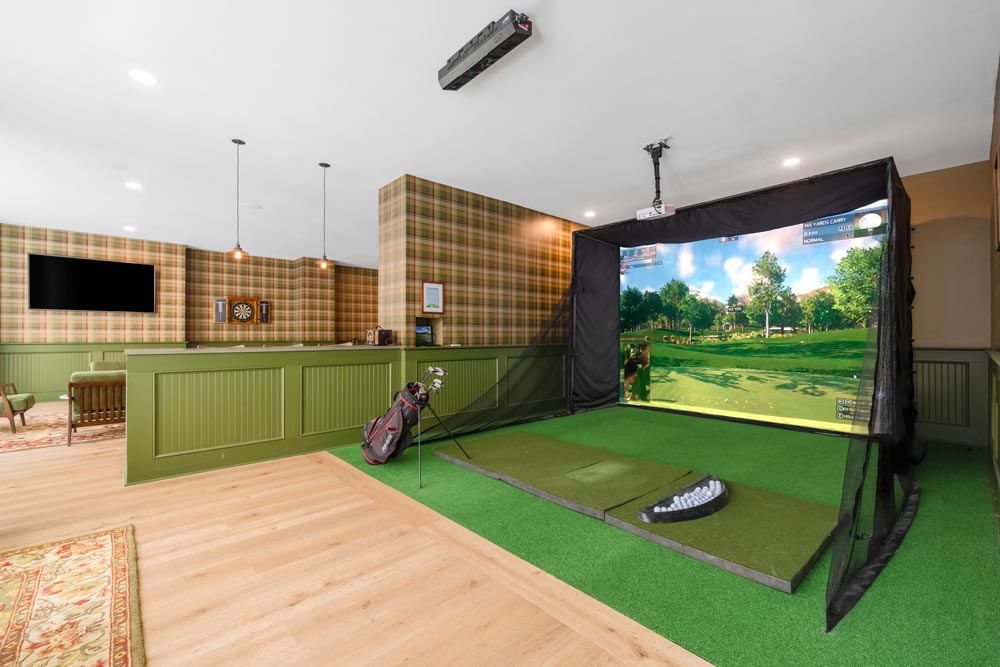 Beyond Kaufmann’s, Lubert-Adler is poised to continue to make a splash Downtown. Adler told the Pittsburgh Post-Gazette he has plans to transform the blocks surrounding the former department store into a vibrant retail and residential corridor, with investments totalling close to $100 million.

His firm is currently in the process of buying the former Lawyers  Building, now known as The Pittsburgher, with plans to convert the 25-story building on Forbes Avenue into 130 apartments as part of a $40 million investment.

Lubert-Adler also is in the early stages of considering a $50 million partnership in Cleveland-based Stark Enterprises’ Smith & Fifth, a mixed-use retail and residential development in the former Frank & Seder department store that’s located at the intersection of Smithfield Street and Fifth Avenue, just steps away from the Kaufmann building. 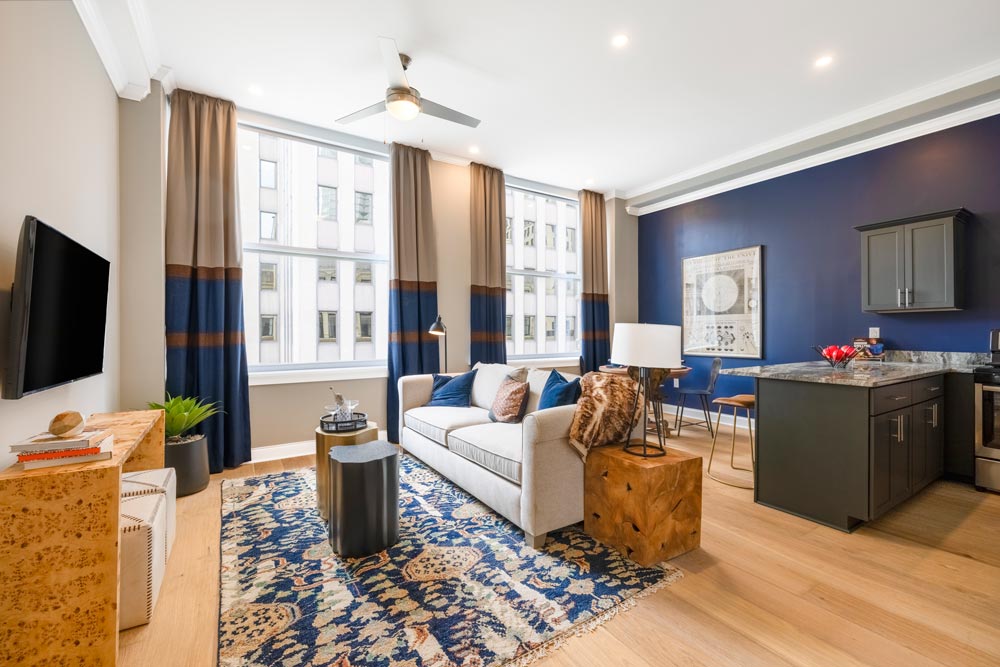 Adler’s hope is Kaufmann’s will act as the anchor in a block revitalization effort that stretches to Market Square.

“It’s not a building; it’s a district,” he told the Post-Gazette. “If we could clean up this three-block district and lead the way, then it’s self-perpetuating. People say, ‘Hey, I’m going to take on this building right outside the district. I’m going to do a smaller building.’ There are so many opportunities.”

Kaufmann’s has leased about 60% of its apartments, according to Adler. The mix of studio, one- and two-bedroom units feature open-concept floor plans and hardwood floors. They range in price from $1,150 to $2,579 a month.