Built in 1910, the eight-bedroom manse was abandoned for 60 years before renovations began two years ago. 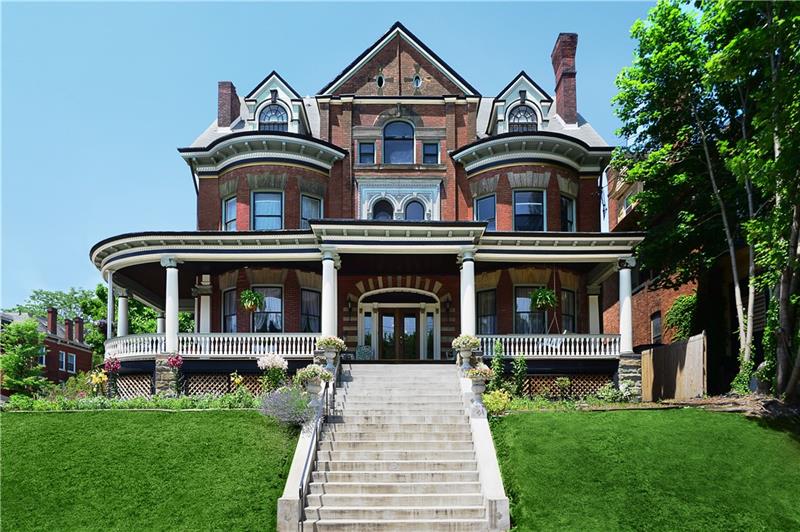 Cathryn Brandau of Shadyside Restorations had big plans for renovating once she saw the abandoned mansion along Stratford Avenue in Friendship Park.

Although the 7,500 square-foot house has great bones and beautiful original fixtures, it hadn’t been lived in for 60 years. Many entrances were boarded up, and some of the original doors, fixtures, and molding were stolen from the house over the years. Even so, after Brandau, acting as the project’s general contractor began renovating in March 2018, she saw amazing potential to restore the home with period-appropriate design.

“It’s fun to do old houses,” says Brandau, who has done restoration projects for more than 35 years. “I absolutely love it. I mean it’s hard. It’s not for everybody, that’s for sure, and I do a lot, a lot, a lot of work or it would just be unfeasible.”

More than two years after Brandau began renovations, the century-old mansion is set to be listed for sale later this summer by The Lacek Group of Piatt Sotheby’s International Realty. The asking price is $1.5 million. 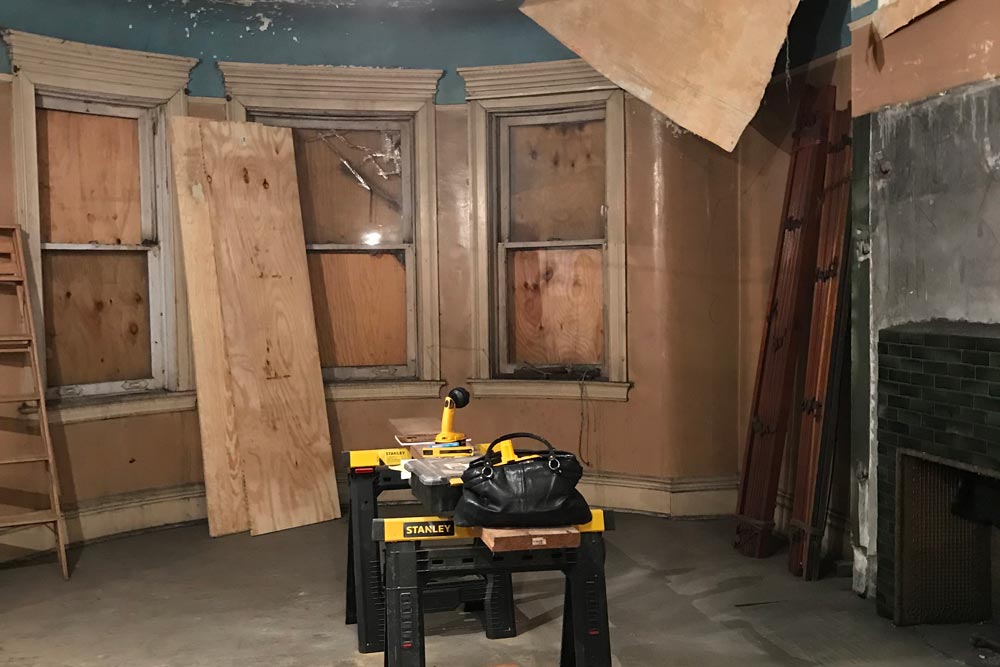 BEFORE: THE MANSION WAS ABANDONED FOR 60 YEARS WHEN RENOVATIONS BEGAN IN 2018.

Getting to that point was no easy feat. When repairs started two years ago, Brandau says the days were long and cold. Each window in the house had to be removed and an assembly team worked together to restore each one to its former glory.

The home also needed all new gas and water lines from not being inhabited for so long, including new gas lines from the street.

Originally built in 1910 by Xavier Wittmer, a brick and ice manufacturer and one of the founders of the American Gas company, the four-story, seven-bedroom house was passed down through the Wittmer Family for generations. 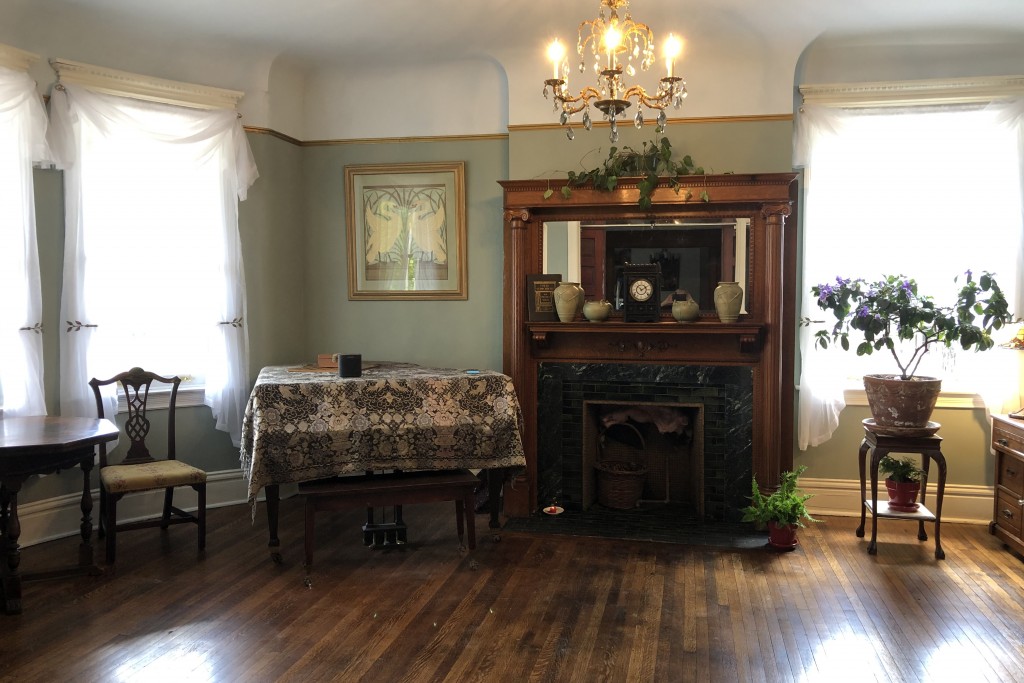 During renovations, the original windows and oak fixtures were painstakingly replicated to be period appropriate to the house — most of the work done by hand.

“I am really proud of the work that has been done here. Everybody took such pride in it,” says Brandau. “Everyone tried to make everything as great as possible.” 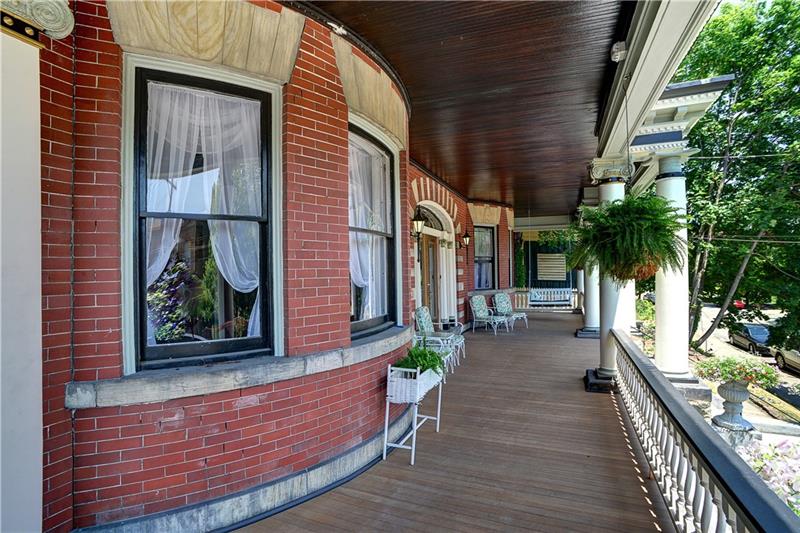 The house now has new steps leading to the entrance and a garden in the backyard. An original wrap-around porch with porch swing also has been restored.

As you enter the mansion, there is a beveled glass panel and transom surrounding the main door, which opens to the entrance hall of the first floor.

To the right is a room that can be used as a library. To the left of the entry is a parlor that currently functions as a music room. Pocket doors lead from the parlor to a dining room with oak wainscot walls and a large bay window that looks out to a pink magnolia tree. 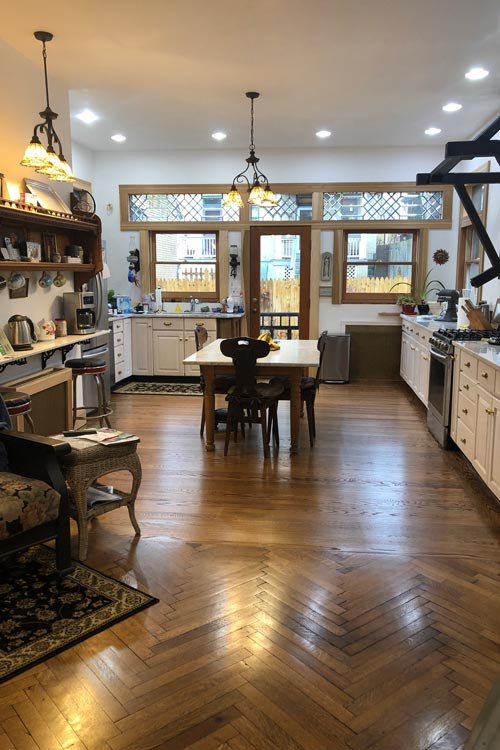 The kitchen on the first floor retained some of its original herringbone pattern floorings. A large butler pantry, which also functions as a laundry room, connects to a two-car garage.

There is a powder room on the first floor, two bathrooms on the second floor, one bathroom on the third floor, and a complete bathroom in the basement.

The master bedroom on the second floor has bow windows, an oak mantle, a large walk-in closet and an ensuite bathroom. The ensuite features marble tiles, dual vanity sinks and an original clawfoot tub — all with new hardware.

For more information on the home, visit here.