Emry, whose career spanned three decades, passed away Thursday at the age of 88. 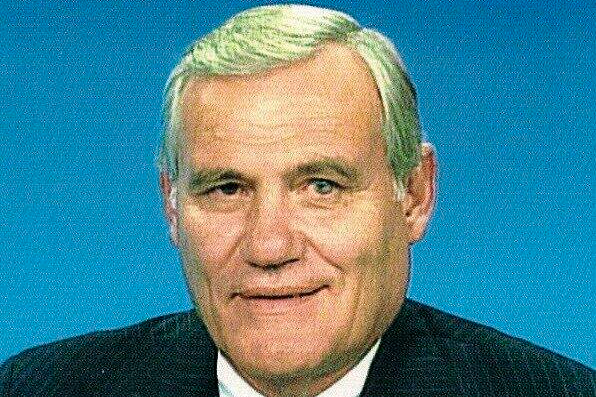 Colleagues often use the word “professional”  to describe M. Stuart (Stu) Emry, who covered Pittsburgh for more than three decades on radio and TV at WTAE and KDKA.

During his career, his interviews ranged from ordinary citizens to U.S. presidents.

“Stu Emry was a reporter’s reporter…a newsman’s newsman,” former KDKA assignment editor Aviva Radbord recalled. “He had that unmistakable, broadcasting voice — and the skill that came from a wealth of news experience. He was the epitome of professionalism, kindness, and grace.”

Emry was born in Limington, Maine in 1934 and grew up in Indiana. After graduating from Indiana University in Bloomington, he served as lieutenant and rifle platoon leader for the U.S. Army in Germany. He came to Pittsburgh in 1965 where, after a few years, he took a chance and pursued a career in radio and TV. First at WTAE and then at KDKA, Emry covered all the important news of the day, ranging from chemical spills and train derailments to high-profile murder trials and political scandals. He was recognized with an award for his coverage of the partial meltdown at Three Mile Island in 1979.

“Working the desk at Channel 4 – Stu sat directly across from me,” said former WTAE assignment editor John Poister. “He understood the vibe on the desk and often helped and advised a harried assignment manager. And I always knew when I sent him out on a story – he would bring back a solid, factual, straightforward piece. We need more Stus today!”

“Stu was a newscast producer’s dream: on target, on time, and a good guy,” said former KDKA producer David Solomon.

He is survived by daughters Betsy Emry Benson, vice president and publisher of Pittsburgh Magazine, and Jennifer Susan Goga as well as four grandchildren.

Visitation is from 2 to 4 and 6 to 8 p.m. Monday, April 18 at the John F. Slater Funeral Home in Brentwood. A memorial gathering will be held at 12 p.m. on Tuesday, April 19 at The Whitehall House, which is adjacent to the funeral home. In lieu of flowers, the family requests donations to the American Cancer Society, 320 Bilmar Drive, Pittsburgh, PA 15205.