Reflections on a Silver Eye

With a new location in a new neighborhood, Silver Eye Center for Photography opens another door in its history and sets its sights on the future. 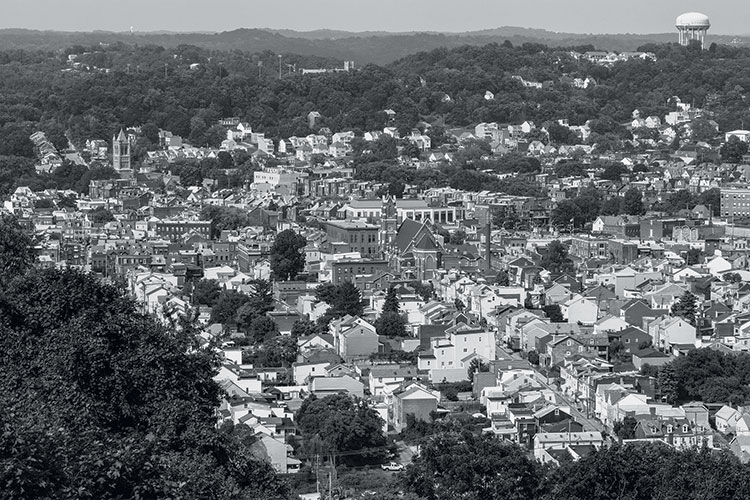 The Woman Is Frightened by a Door” is a series by renowned photographer Duane Michals.

Although a closed door can represent the unknown and the uncertainty of what lies on the other side, it also can be seen as a challenge and opportunity. Those who thrust it open and boldly walk through might discover growth and fulfillment.

That’s true for Silver Eye Center for Photography (which has featured McKeesport native Michals in past shows). It embraced the challenge of a new space and now opens the doors at its new headquarters in the burgeoning cultural corridor along Penn Avenue, on the Bloomfield-Garfield neighborhood line. 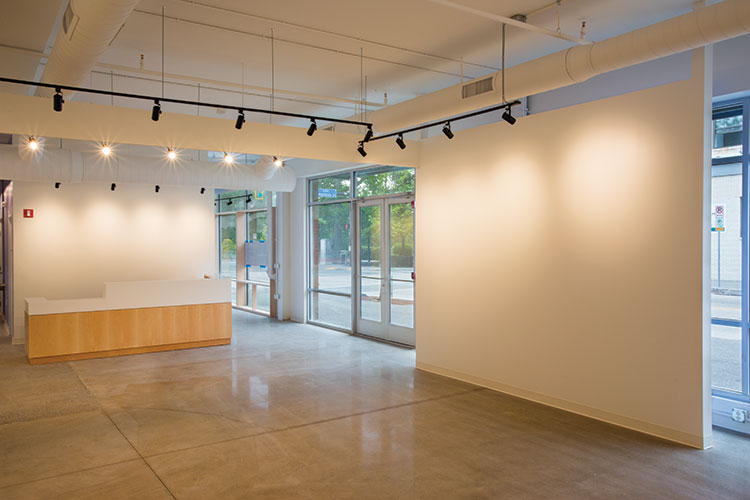 “It’s been a long time coming for Silver Eye,” says membership and marketing manager Juliana Zipay, chatting above construction noises. “It wasn’t always feasible to do, but then the opportunity arrived.”

Executive director David Oresick, a Pittsburgher who returned home to accept the job at Silver Eye, says moving from the old location on the South Side has been his goal since arriving in 2014.

“I am totally amazed by how stunning it has turned out,” he says. “It’s an exceptional design by our architect, Jeffrey King at the Design Alliance, that is beautiful, open, welcoming and just perfect for sharing our exhibitions.” 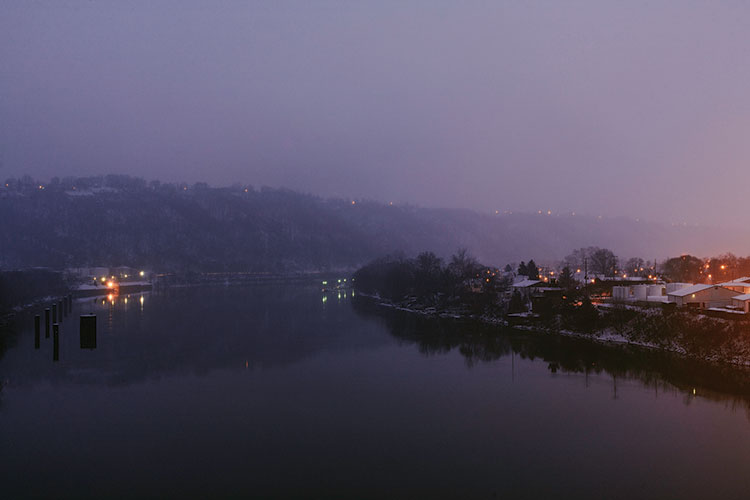 That means more space, an open floor plan, higher ceilings to accommodate larger works and a specially designed moveable wall to amp up the exhibit surfaces and design possibilities. A lab, production facilities, educational and office spaces also have been worked into the overall plan.

​Oresick lauds the new location for its greater accessibility for Silver Eye’s audience and for its neighbors, which include Pittsburgh Glass Center, various art galleries, a dance organization and more. Silver Eye also now will be a stop during the Penn Avenue Arts Initiative’s Unblurred, a monthly gallery crawl.

The Hare Krishnas were among the neighbors when a small gallery named Blatent Image (a play on the photographic term Latent Image) opened in the late 1970s in an old house along Forbes Avenue in Oakland. Another organization, The Silver Eye Photographic Workshop, had begun around that time, and the two joined forces in 1985; they officially became Silver Eye Center for Photography in 1992. 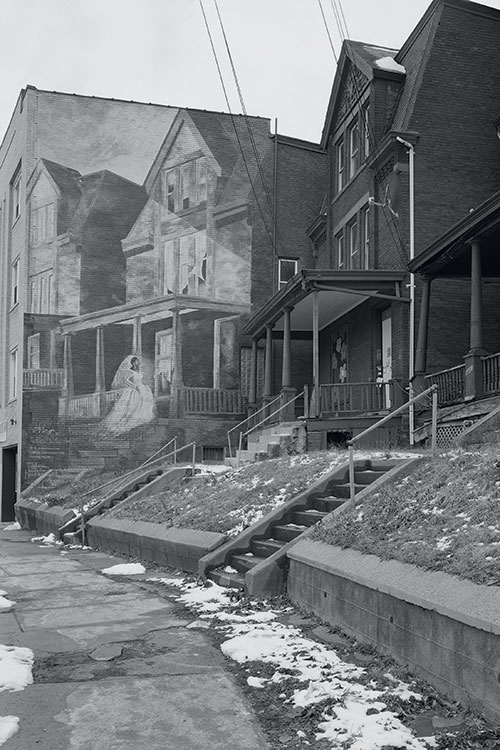 Stephen Joyce, The Bride, from the series You Can’t Go Home Again, 2014/2017. Courtesy of the artist

Dovetailing with Silver Eye’s mission to create “innovative exhibitions and programs that bring forward issues, ideas, and perspectives relevant to our times” are recent shows such as: “Dandy Lion: (Re)Articulating Black Masculine Identity;” “Here & Now,” which addressed the experience of sexual minorities in America; “No Job No Home No Peace No Rest: Will Steacy,” an examination of the American Dream; and “HomeFrontLine,” a reflection on the post-9/11 world.

“Past Present Future: Western Pennsylvania’s People and Places” marks the premiere exhibition for Silver Eye’s grand reopening celebration. It’s a survey featuring 100 years of image-making in the region with more than 100 photographs and videos from 40-plus artists. Look for legends such as W. Eugene Smith, Esther Bubley and Michals as well as photographers with a long involvement with Silver Eye such as Pamela Z. Bryan, Charlee Brodsky, William D. Wade and Sue Abramson.

Next up in the fall will be an exhibition of work by LaToya Ruby Frazier, a joint effort between Silver Eye and the August Wilson Center for African American Culture held at both locations.

Photography has come a long way since Blatent Image. In fact, it’s become bigger and more multidimensional than anyone dreamed. Thanks to smartphones, anyone can be a famous photographer for 15 seconds.

As the longest continuing nonprofit institution devoted to photography in this region, Silver Eye not only can boast of a visually visionary past but also can envision a door opening to a future laden with myriad latent and blatant possibilities.

A famous photograph W. Eugene Smith took in Pittsburgh is titled “Dream Street.” For Oresick, that might be unfolding on Penn Avenue.

“The gallery has exceeded my expectations,” he says. “It’s a dream come true.”

An opening reception as part of Unblurred is set for 6 to 10 p.m. on Friday, July 7. “Past Present Future” runs through Aug. 19.

This article appears in the July 2017 issue of Pittsburgh Magazine.
Categories: From the Magazine, Things To Do