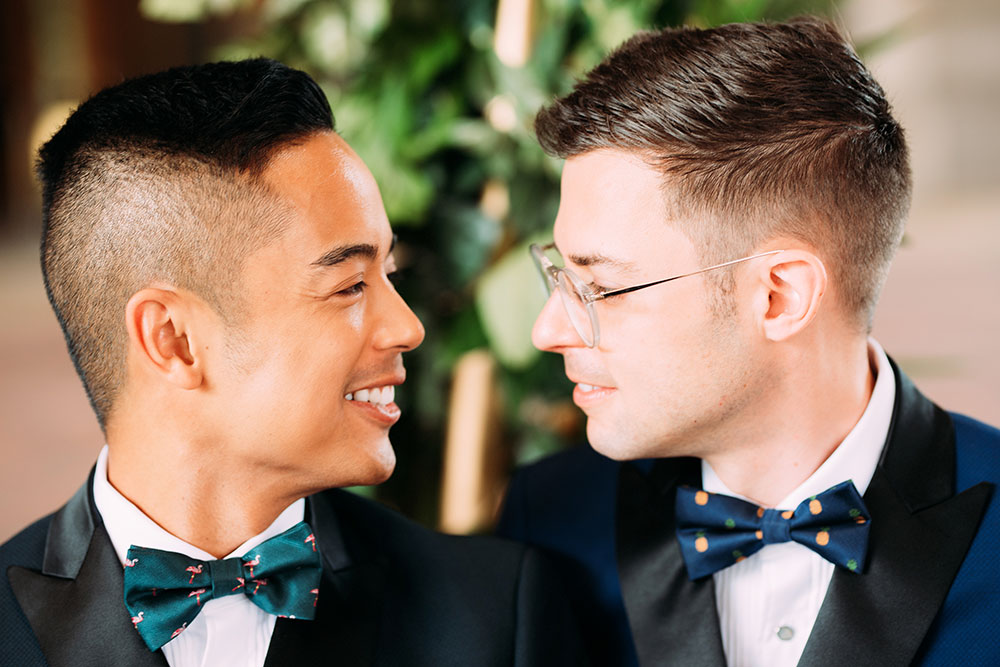 PHOTOS BY VERONICA VAROS PHOTOGRAPHYWhen Chad Met Jads
Physical distance can present a challenge for even the most seasoned relationships, but for Chad Pugh and Jads Junio, being two hours apart in their early days brought them even closer together.

The couple met online and started dating in 2015, with Chad living in San Francisco and Jads near Sacramento. A magical first date of coffee and hiking in San Francisco extended to dinner and drinks, and from that point on, daily phone calls and weekend dates sustained their new love until Jads serendipitously moved to San Francisco for work.

“Nothing mattered during the week,” says Chad. “All I was looking forward to was each coming weekend. That feeling of excitement and wanting to be around Jads is something that still sticks with me and something I felt pretty strongly early on.” 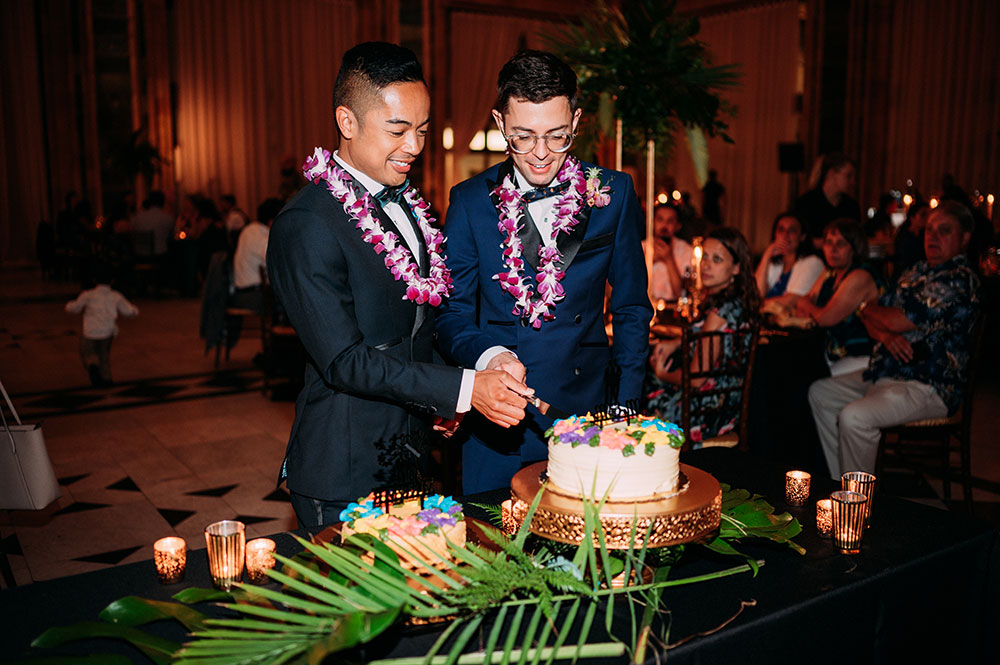 They Said Yes.
The couple had discussed marriage many times during their four years together and knew they wanted an unconventional proposal that reflected both their love for one another and their shared love for travel. Around Christmas 2019, as the two strolled through Fisherman’s Bastion overlooking the Danube River in Budapest, a photographer they contacted in advance who specializes in LGBTQ engagements (Instagram: @allthatmakesyouhappy) captured the moment they exchanged rings. 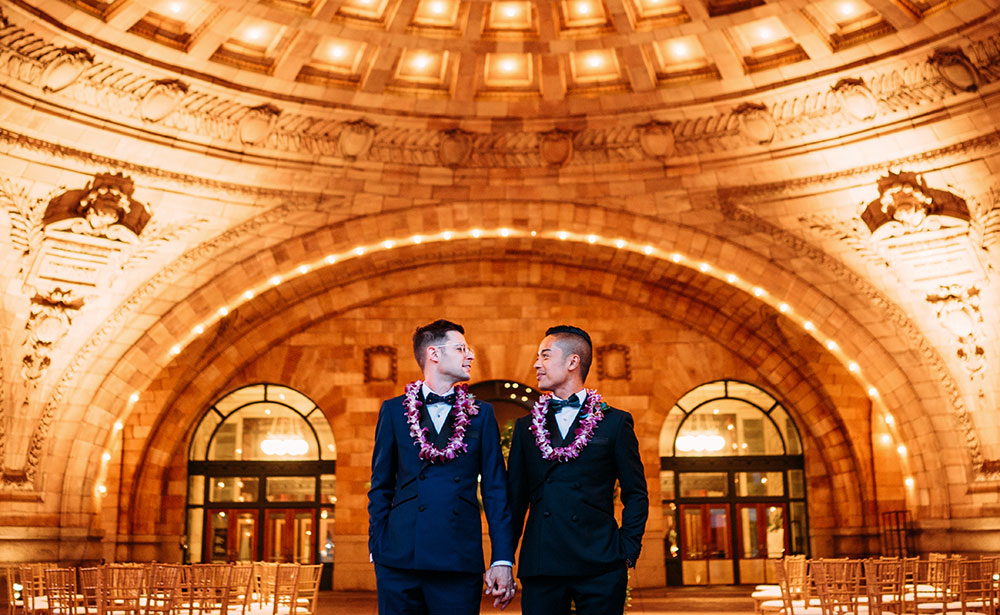 The Big Day.
When deciding on a locale for the wedding, the intrepid pair opted for Pittsburgh, as Chad’s family hails from nearby Shanksville and the couple knew their West Coast-based guests would love visiting a city rich in history and charm. They planned nearly the entire affair from afar; once again, distance didn’t seem to matter as their vendors were able to bring their ideas to fruition.

“One thing we said to each of our vendors was, when our guests come into our wedding, we want them to look around and be like, ‘This is the epitome of Jads and Chad,’” Jads says. “We relied on them to really capture our vision, and they absolutely did that.”

The June event, held Downtown at The Pennsylvanian, seemed to transport guests to a tropical soiree. Guests were seated in a circle around the couple, who stood under an arched bamboo structure draped with greenery during the ceremony. Afterward, the group sipped tiki-inspired cocktails topped with surfboard garnishes and dined Hawaiian luau-style, sampling from cuisine from all over the world, including a tea-leaf salad the couple remembered from their trip to Myanmar. 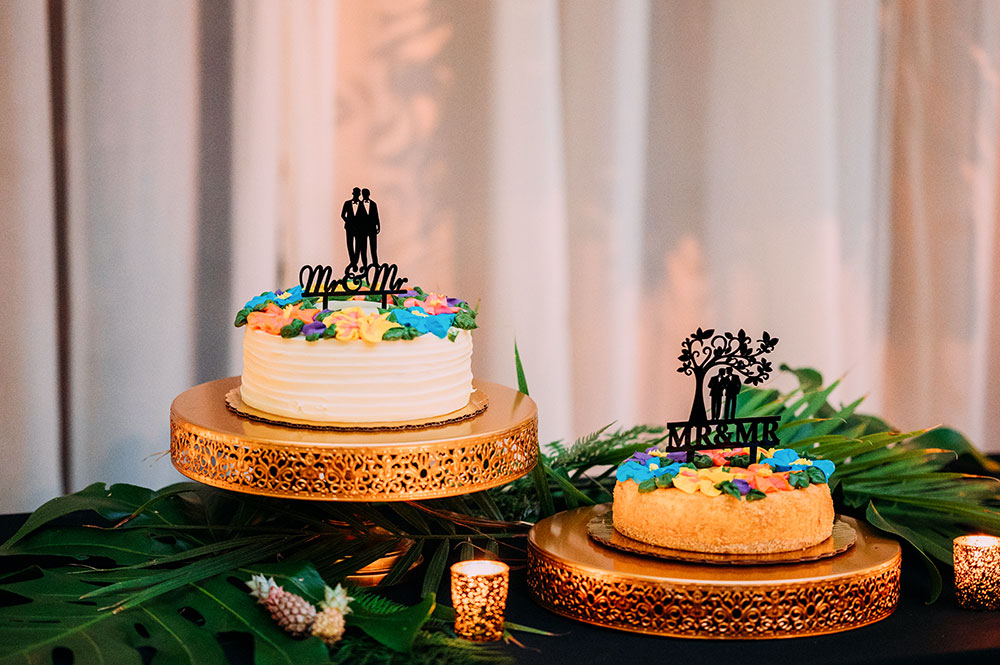 Happily Ever After.
After adding to the long list of spots they’ve visited together with a honeymoon that included stops in Turks and Caicos, Saint Martin and Anguilla, the Junio-Pughs settled in Emeryville, California, and are house hunting in the East Bay area. Chad, who works as a project manager at self-driving car company Zoox, and Jads, a senior lead at Uber, are excited for whatever the road ahead may bring. 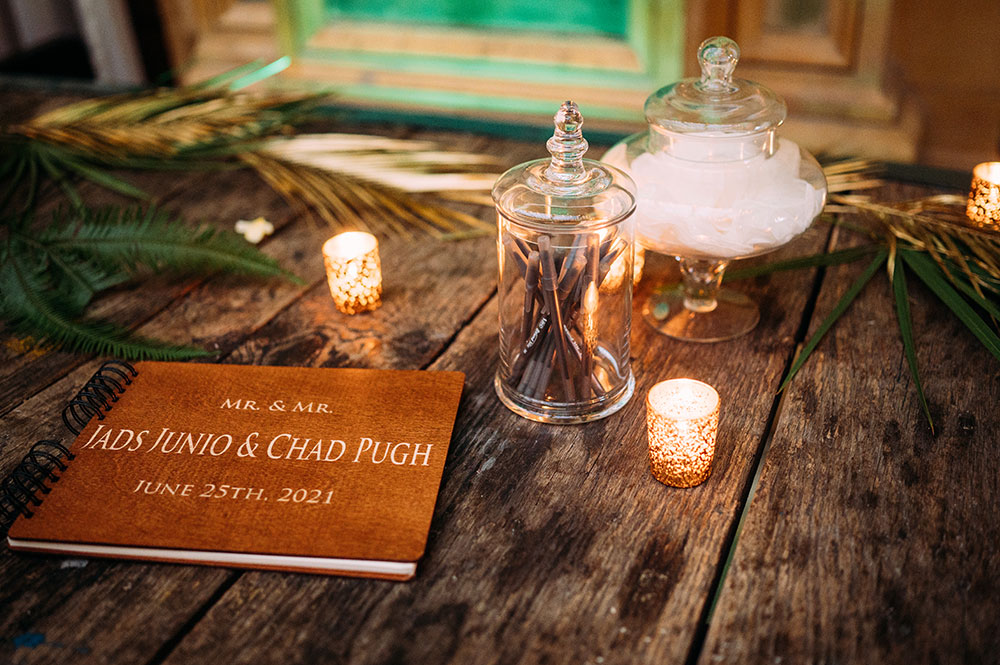 This article appears in the February 2022 issue of Pittsburgh Magazine.
Categories: Weddings