Real Pittsburgh Wedding: Derek and Sarah Are Love Summed Up

Math played a big role in the relationship of Derek Orr and Sarah Klos, from how they met to their wedding details. 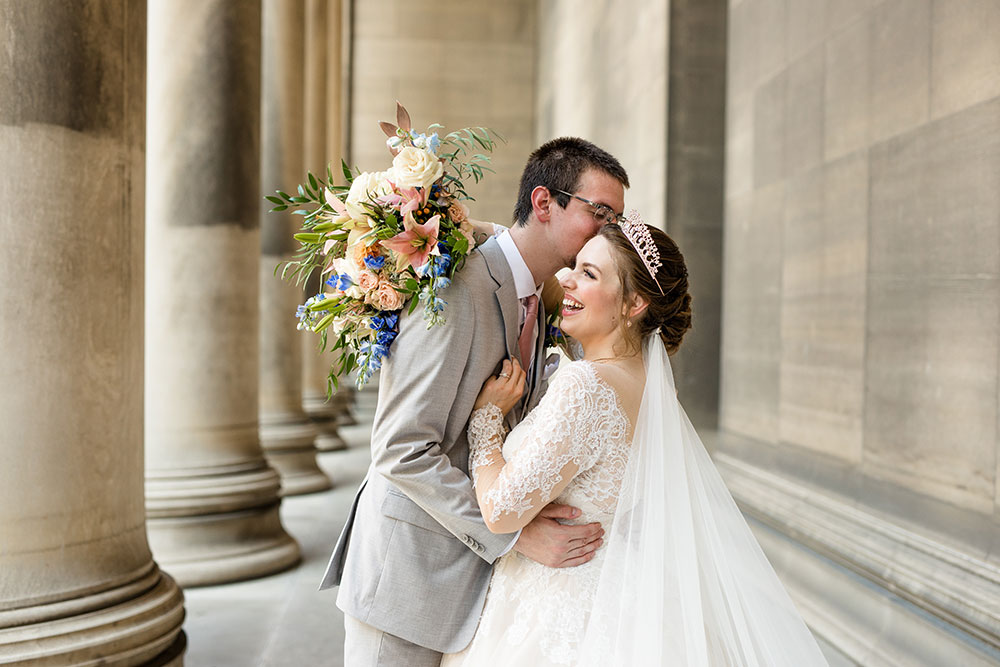 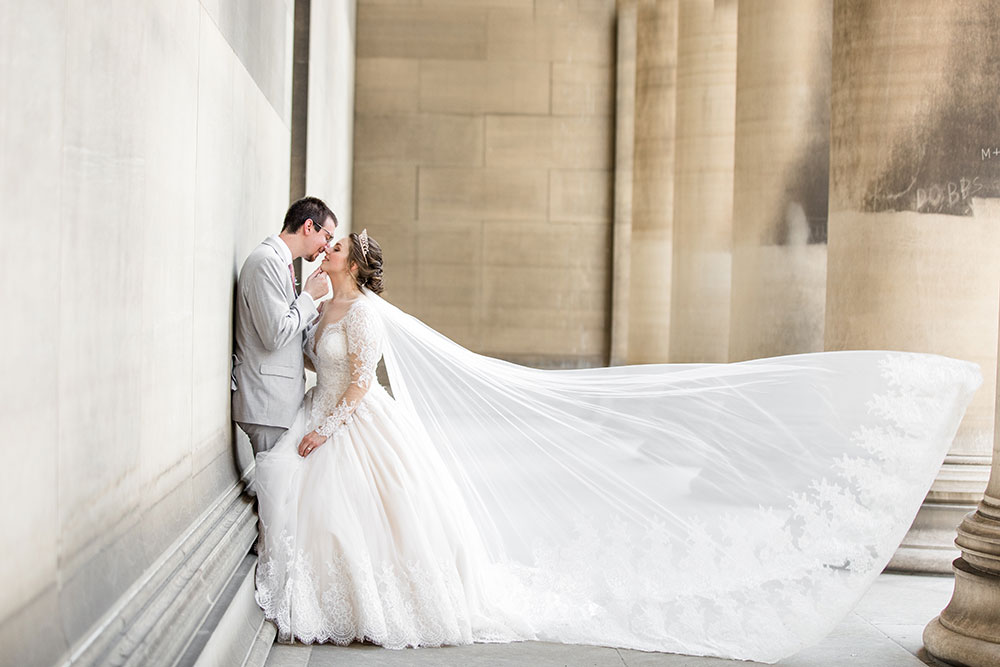 When Derek Met Sarah
After graduating from Carlow University in 2016, where she was a math major, Sarah Klos entered the workforce with dreams of someday going back to school for her Ph.D.

Derek Orr, who she followed on Twitter and who got his Ph.D. in math at the University of Pittsburgh, had a fairly large following, and Sarah reached out to him as a networking opportunity.

“Theoretically, I slid into his DMs,” Sarah says. Derek offered to let her shadow one of the summer classes he was teaching that year.

Afterward, the two got dinner, the conversation flowed and a friendship blossomed; they became a couple on Aug. 13, 2017. 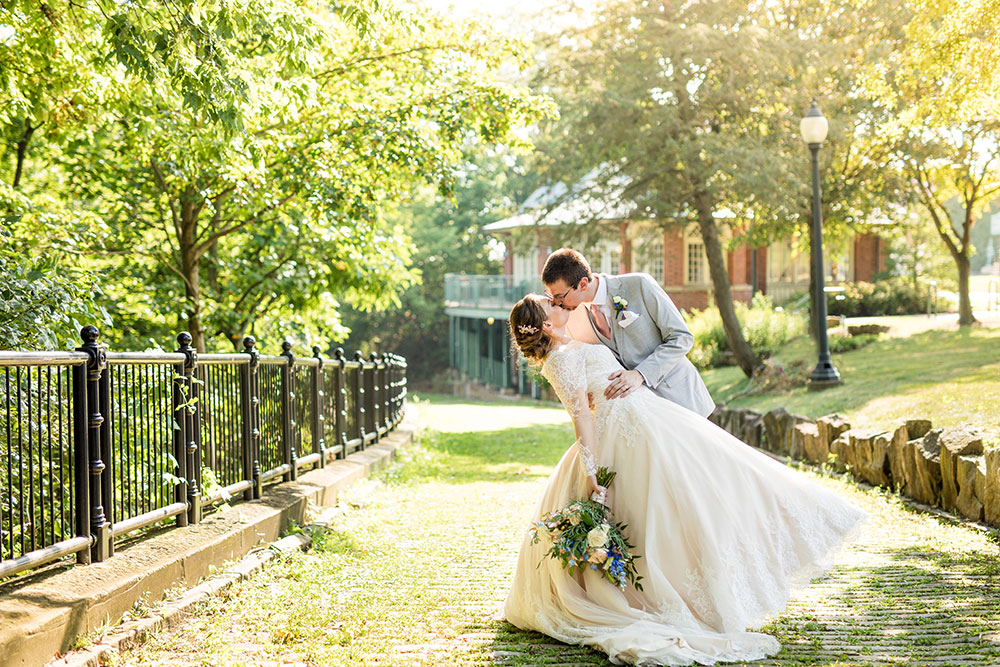 She Said Yes
Derek attempted to propose not once, but twice, with the first attempt happening at Ohiopyle. Sarah caught him trying to get the ring from his pocket and said, “You’re not going to propose, are you?”

After the opportunity was squashed, Derek shifted to a more deliberate approach at Soergel Orchards in October 2018 for a pumpkin-picking expedition. Derek had painted a pumpkin with the words: “A trillion years, S+D” and asked the staff to hide it in the pumpkin patch.

But while the staff had given Derek the location, other visitors had moved pumpkins from their rows and columns, making it difficult to find. After a long search, Sarah came across the pumpkin and said yes. 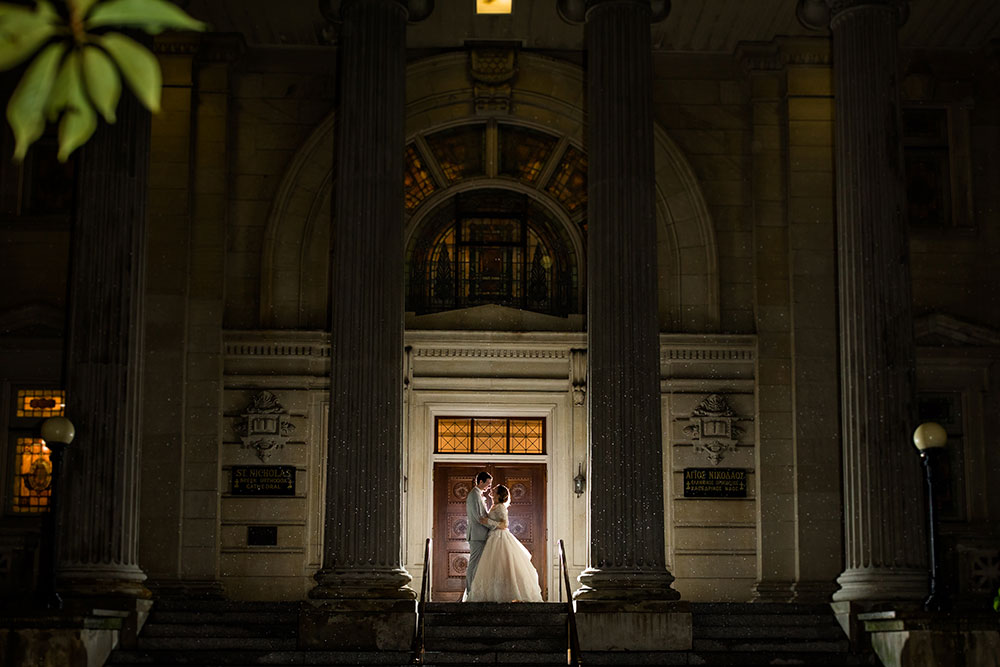 The Big Day
They chose St. Paul Cathedral, where they are parishioners, for the ceremony, and The Cathedral Room at St. Nicholas for the reception — the Oakland locations were important to them, as it’s where their relationship began. Father Sean Hogan, who baptized Sarah when she was young, officiated the ceremony.

Their traditional wedding was personalized through the math touches they added throughout the day, starting with the date: Aug. 13, 2021, a date that reflects a series of numbers in the Fibonacci Sequence (8, 13, and 21). It was also the couple’s four-year anniversary so, as Sarah says, it all added up — pun intended. Each centerpiece featured a prominent mathematician from across fields and eras, and even the flowers were chosen based on their relation to the Fibonacci Sequence (based on the number of petals).

Late in the evening, the couple had a visit from their Cairn terrier, Louisa, for whom Sarah’s dress made the perfect dog bed. 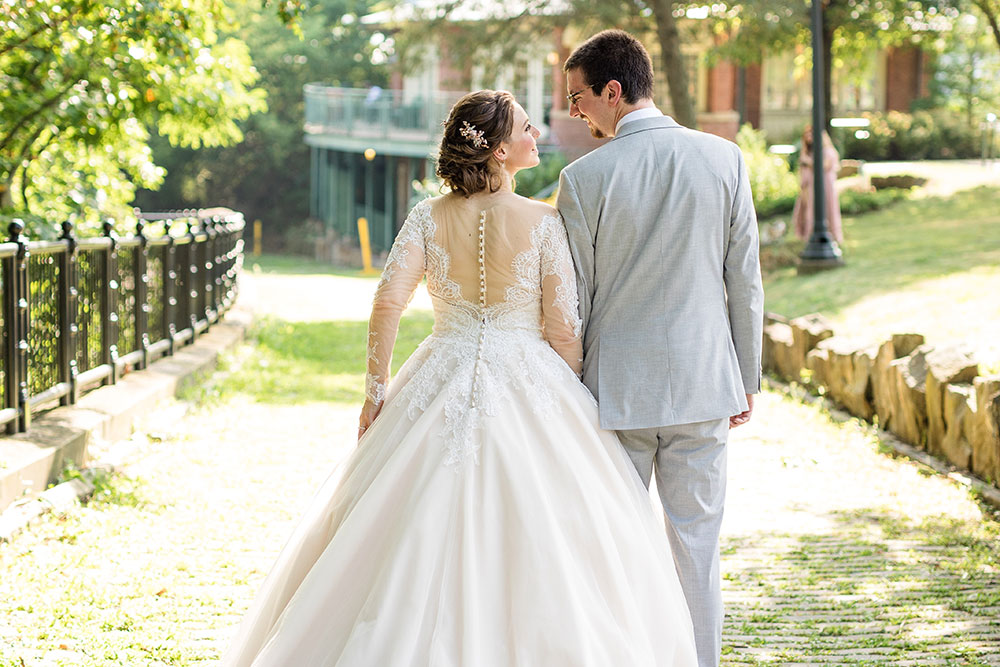 Happily Ever After
Sarah and Derek, both 28, embarked on a two-week trip around Italy in May for their honeymoon. Sarah, a senior product manager at PNC Bank, and Derek, a model risk validator at BNY Mellon, live in the Point Breeze area with the “center of their world,” Louisa.