The nine tracks from “The Velvet Underground & Nico” will be part of an exhibition at the museum in the coming year. 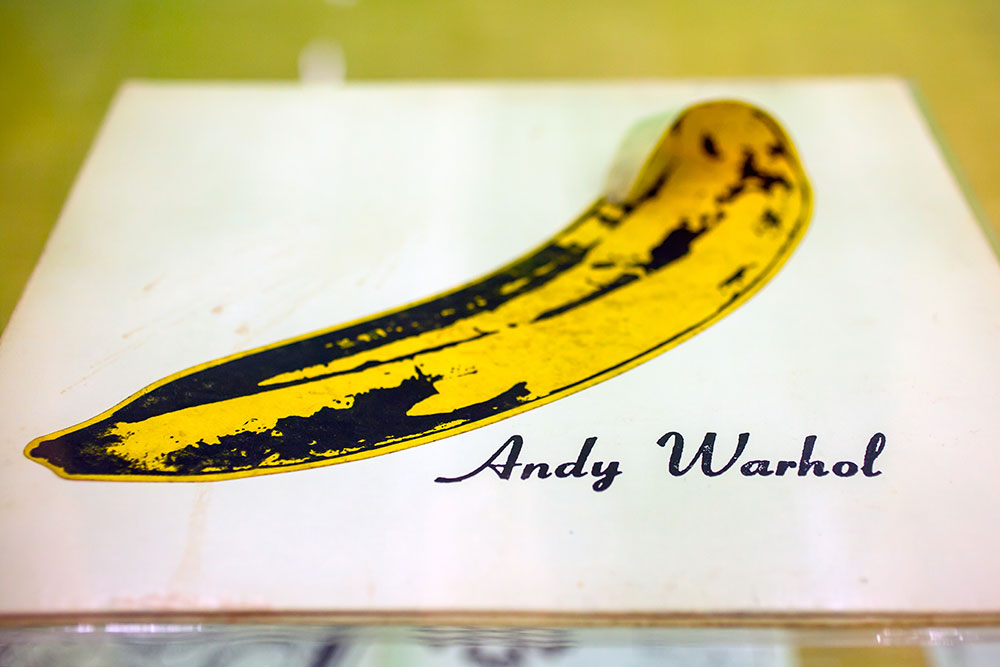 THE FAMOUS BANANA DESIGNED BY ANDY WARHOL FOR THE COVER OF THE VELVET UNDERGROUND DURING THE ARTS & FOODS EXIBITION CURATED BY GERMANO CELANT ON SEPTEMBER 13, 2015 | PHOTO SHUTTERSTOCK

The museum announced that while processing Warhol’s archive, the nine initial tracks were discovered and digitized. They’ll be premiered in an exhibition at the museum in 2023.

“You’re hearing the album as the band originally intended,” said Matt Gray, manager of archives at The Warhol, in a press release. “The track listing alone is a retelling of the album; the quality of sound is remarkable; it gives you a new perspective.”

Warhol was the band’s manager from 1965-1967. In that short amount of time, he incorporated the group into his mixed-media/performance art shows called the Exploding Plastic Inevitable, giving them notoriety, added the singer Nico to the band, and produced their first album, “The Velvet Underground & Nico.” Warhol also provided the album’s famous cover artwork, a print of a banana.

While the album itself peaked at 171 on the Billboard charts, it’s since been considered one of the greatest albums of all time and a major influence on numerous musicians.

According to the museum, the recently discovered monophonic reel-to-reel ¼” tapes feature alternate versions and mixes of the nine tracks released in 1967; MGM/Verve Records remixed and re-recorded the tracks before their release. Warhol kept the original master tapes, but they were lost until now.

“Although an acetate version, which was made from these master tapes, was released for the 45th anniversary of the album, it is of a different sonic quality, given the generation loss inherent in an analog copy,” according to the museum.