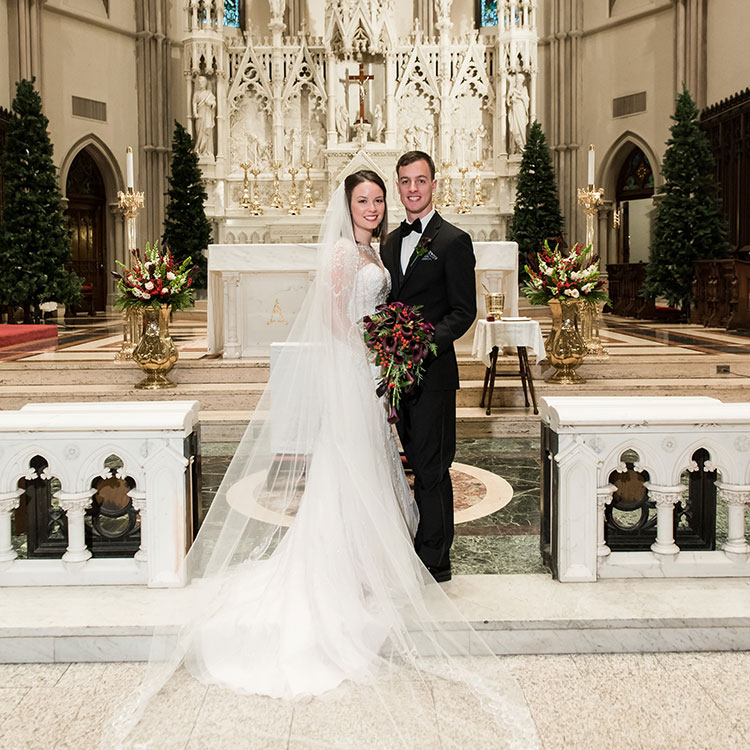 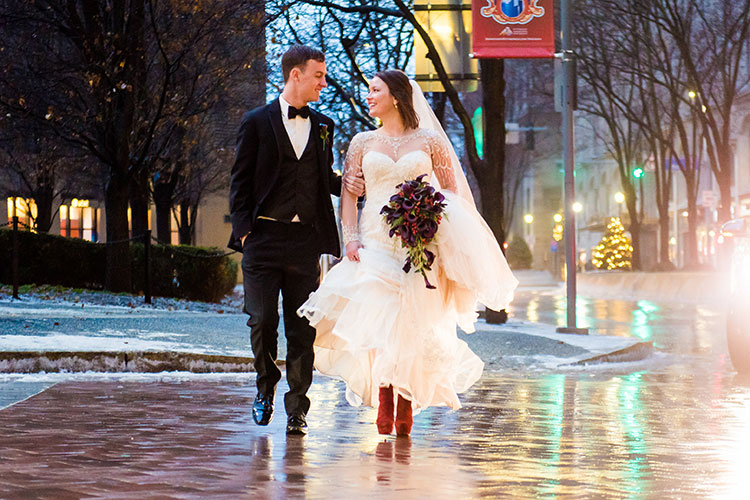 When Darrell Met Jacqueline.
Jacqueline Schneider and Darrell Eacret met while attending Emory University, where Jacqueline studied biology and religion and Darrell studied neuroscience and behavioral biology. While they started as friends spending time together during swim team practice and late nights in the library, they eventually fell for one another.

“[I] thought he was funny when he told an embarrassing story at his first college swim team meeting,” says Jacqueline. “He noticed [I] was cute on a cold, sleep-deprived morning in a grass field in Ocoee, Tenn. for the team rafting trip.” 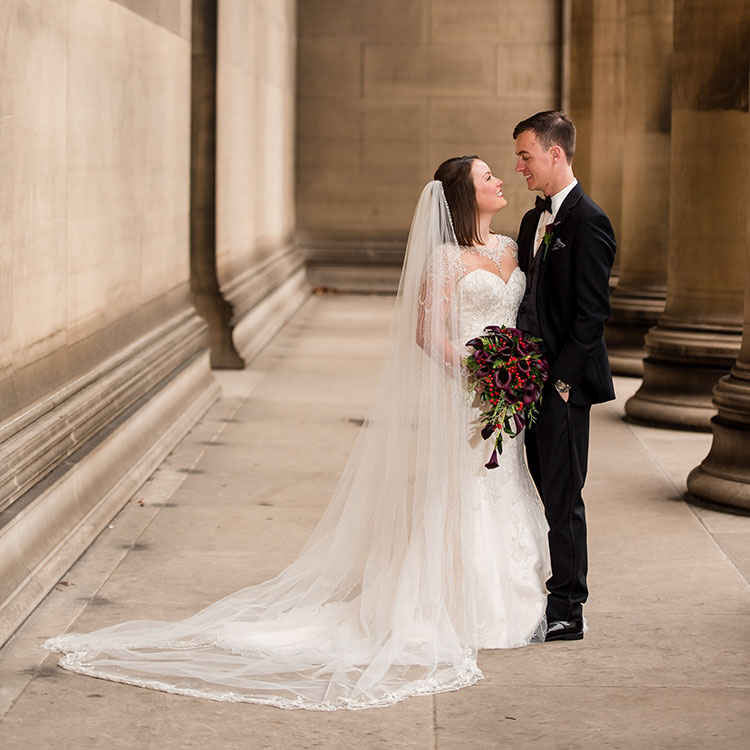 She Said Yes.
On Dec. 27, 2015, during a winter vacation to Lake Tahoe with Darrell’s family, Jacqueline and Darrell set out on a scenic adventure in a foot of fresh snow. Walking down a trail and taking in the incredible views of Logan Shoals Vista Point, the couple spotted a black photo album.

The photo album, which Darrell had made unbeknownst to Jacqueline, included photos of couples and families who had visited the lookout spot, a popular wedding ceremony site. On the last page of the album was a photo collage of Darrell and Jacqueline from the five years they’d been together and a message that said, “Turn around, Jacqueline.” When she did, Jacqueline discovered Darrell down on one knee asking her to marry him. 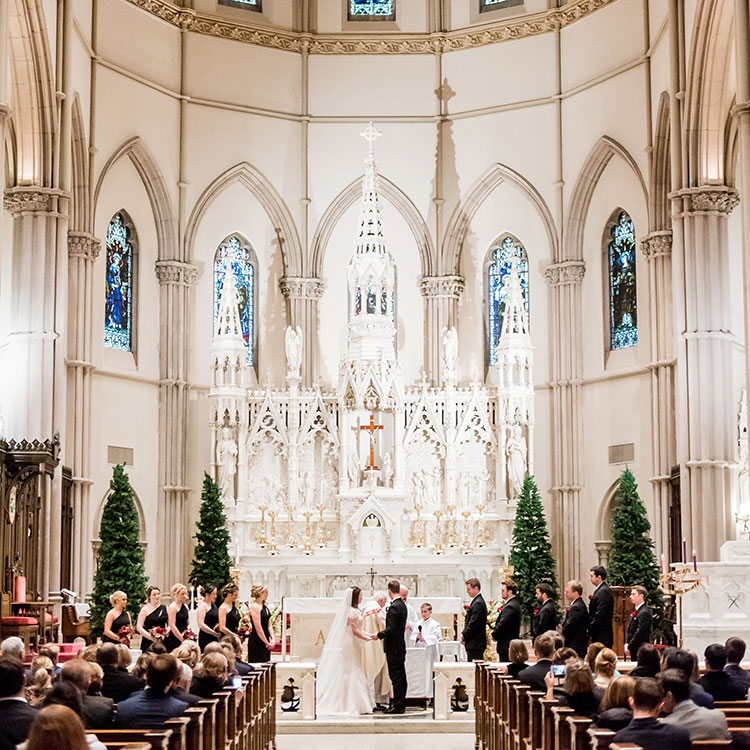 The Big Day.
Much like their proposal story, Jacqueline and Darrell’s wedding was right out of a snow-covered fairytale. On Dec. 17, 2016, the couple was married in St. Paul Cathedral. After the ceremony, the bridal party took photos outside in a Pittsburgh-y winter wonderland with the bride sporting a pair of deep red, suede, five-inch Louboutins. 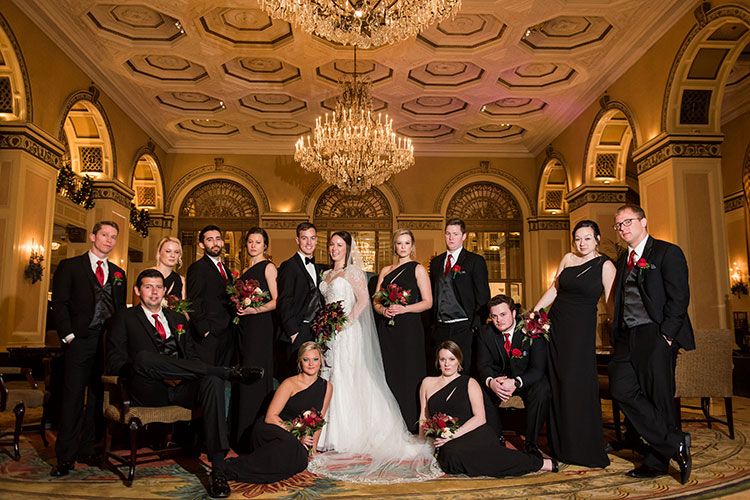 Happily Ever After.
Although Jacqueline, 26, and Darrell, 25, were both Ph.D. students when they married, they made their honeymoon a priority. After spending a week on a remote island in Fiji, the couple spent the rest of their trip traveling through New Zealand. “The winter wedding worked out for this, as it was summertime in Fiji and New Zealand for our trip,” says Jacqueline. “A beautiful time to explore that part of the world!” 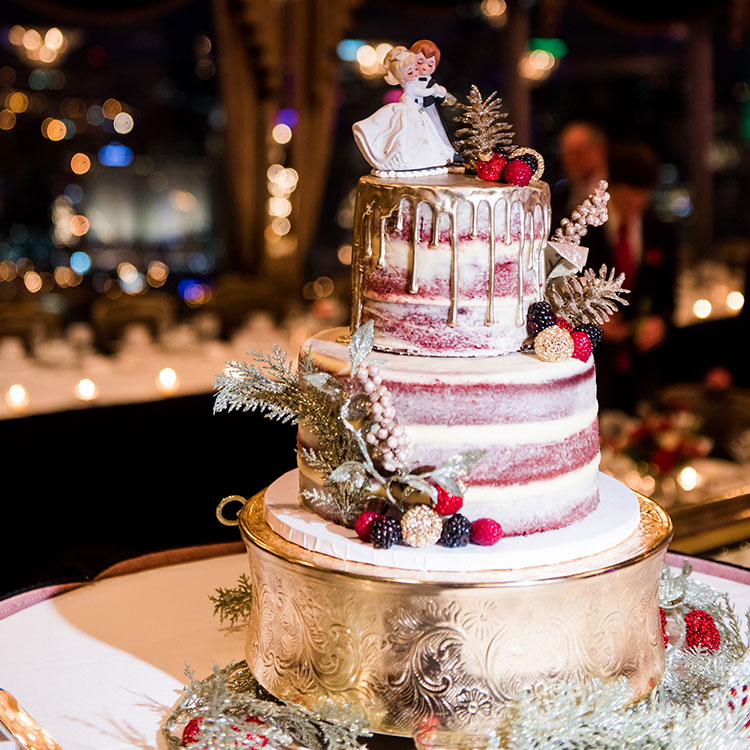