Rage Against the Reboot 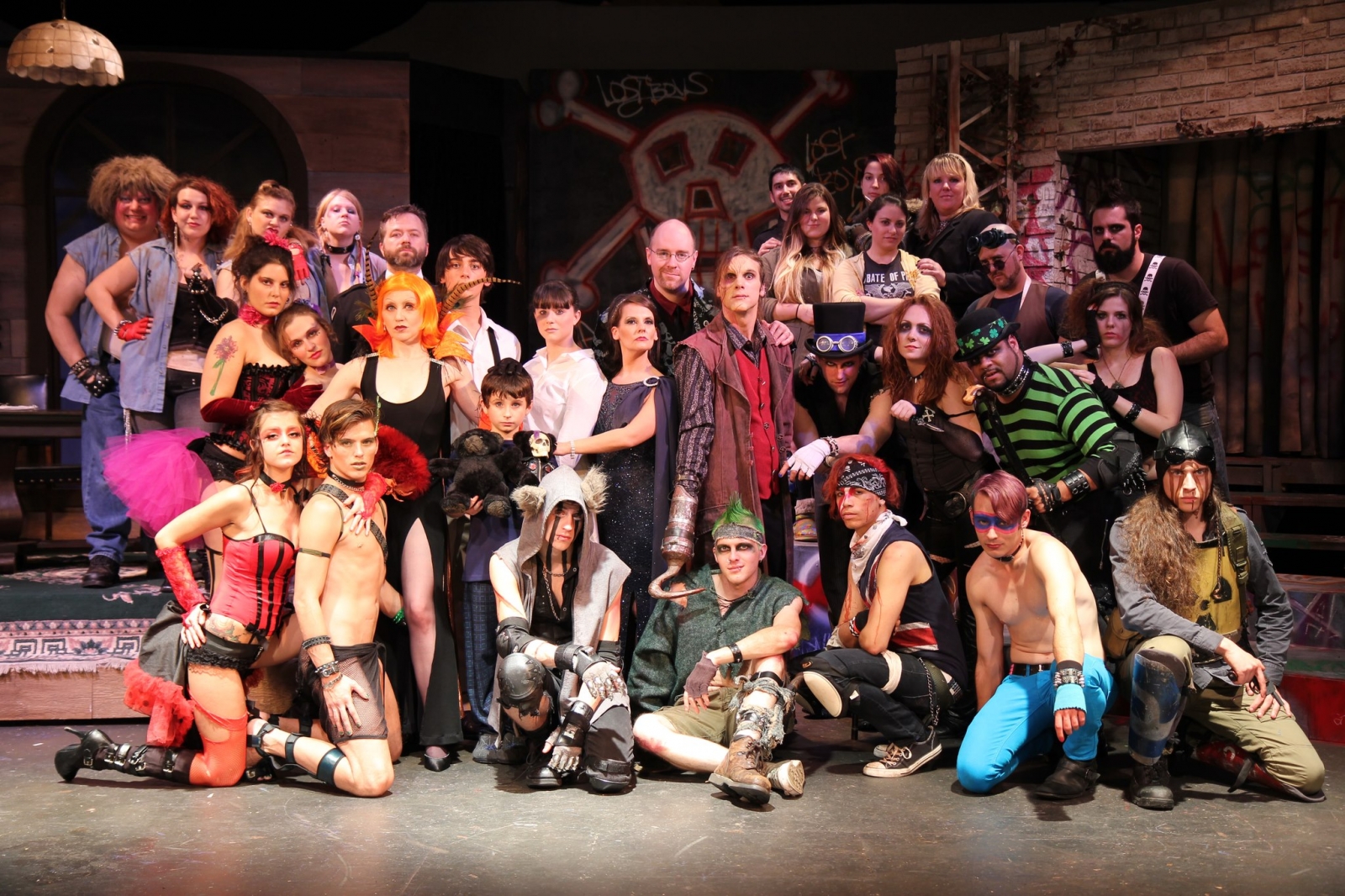 Photo courtesy of Rage of the Stage

At some point, grown-ups decided that we still needed guidance and entertainment from our favorite fairy tales. Oz the Great and Powerful and Jack the Giant Slayer brought old properties back to the big screen just a few weeks ago; in the past few years, we’ve seen Red Riding Hood, Snow White and the Huntsman, Mirror Mirror and more. Apparently, the nostalgia market stretches beyond the ’80s.

James Michael Shoberg, the co-executive producer (with wife Carrie) of local theater group The Rage of the Stage Players, can appreciate that — he’d just like things to be a little bit less wholesome. That’s why he’s previously written original plays updating and upending the likes of Alice, Peter Pan and Dorothy — and is returning to the world of fractured fairy tales with another world-premiere skewering, Winnie-the-Pooh and the Seven Deadly Sins, this month.

According to Carrie, though, Seven Deadly Sins goes far beyond the Hundred-Acre Wood. “In this version, Christopher Robin is a 16-year-old Catholic schoolboy who’s trying to come out to his family. He meets up with his old childhood pals, and they’ve each taken up one of the seven deadly sins since he boxed them up and put them away — Piglet is envy, Eeyore is sloth. Pooh-bear, of course, is gluttony.”

“It’s a commentary on the difficulty teenagers face in coming out, and how religion can complicate that,” adds Carrie, who also plays Piglet — in addition to creating the show’s costumes, makeup designs and props.

Rage of the Stage’s DIY, labor-of-love approach to a unique brand of theater has led to some interesting developments in their 12 years of productions. Several of Shoberg’s original plays have been picked up and performed elsewhere — his Dorothy of Oz just finished a three-week London run. They adapted an independent horror film, The Hamiltons, for the stage at the request of the film’s creators.

With Seven Deadly Sins, though, the challenge is unique: deal with a serious, emotionally challenging topic by way of satirizing a beloved children’s property. And, by the way, make it funny.

“It is absolutely a black comedy,” Carrie says. “It’s a way to relax and laugh about things that people are tense about.”

“The humor comes from Jim’s examination of who these characters really are,” says Jen James, who plays the villainous Heffalump. “But it’s definitely not for the faint-of-heart. Jim pulls no punches.”

The play marks Rage’s debut at the new Off the Wall Theater in Carnegie — an association that adds to the company’s growing cred among the city’s more daring theatrical outposts.

“The target audience is anyone who really enjoys fringe theater,” James says. “This is not a cuddly-wuddly production; in fact, it’s a very interesting statement on a young man’s coming-of-age. It’s dark and it’s funny and it’s terrible.”

Sounds like a good night at the theater. And it sounds a hell of a lot more interesting than Jack the Giant Slayer.