A healthy Kenny Pickett will absolutely, positively get the call on Sunday night in Miami. But in committing to Pickett the Steelers are missing out on an opportunity to see if what Mitch Trubisky somehow managed to recapture against Tampa Bay had a shelf life. 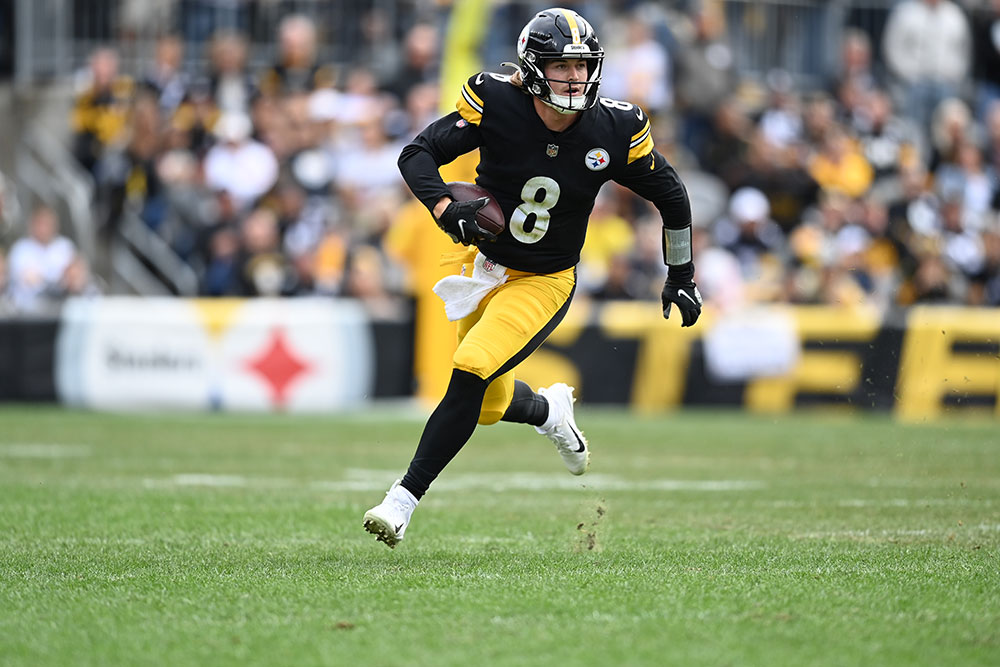 We’re about to find out if he was right.

The Steelers’ head coach left no room for interpretation this week when he announced the team’s intention to prepare Kenny Pickett for Sunday night’s game in Miami and, assuming Pickett clears the NFL’s concussion protocol in a timely fashion, start Pickett against the Dolphins.

It’s much more a leap of faith than a layup.

Pickett is the Steelers’ future and has played a relatively inspiring brand of football since replacing Mitch Trubisky at halftime of what became a 24-20 loss to the Jets on Oct. 2.

Trubisky could kindly be described as “tentative” in the 14 quarters he played before Tomlin pulled the trigger on a quarterback change.

But prior to being concussed last Sunday against Tampa Bay Pickett wasn’t as sharp as he’d been, and the offensive production still wasn’t there.

And Trubisky, too, was a different player against the Buccaneers.

He attacked the game for a change upon being forced into action. And the two plays he made with his arm (17- and 26-yard completions to wide receiver Chase Claypool, both on third-and-longs) and the one he made with his legs (a 9-yard read/option-keeper) were plays that contributed mightily to the Steelers being able to drain the final 4:38 from the clock and ultimately win the game.

It was as if the Trubisky the Steelers had been anticipating all along had finally made his way into Acrisure Stadium.

Why roll the dice and see if that guy shows up again in Miami?

Particularly when the alternative is a rookie with just over eight quarters of in-helmet experience coming off a concussion.

The safe decision would have been to err on the side of caution with Pickett and stick with Trubisky, the guy who had just played the best quarter of football a Steelers quarterback has played all season, at least through Sunday’s Dolphins game if not through the Philadelphia game that follows and into the Steelers’ bye.

It’s not as if Pickett has established himself just yet.

Would he be at all damaged or affected in any way relative to his long-term ascent to potential franchise quarterback status if he sat this one out?

Stability is a wonderful thing, especially at QB.

But if the Steelers have proven anything, it’s that they don’t have a proven commodity at the position this season.

Playing the hot hand isn’t a bad fallback position in lieu of that.

But Tomlin was emphatic in expressing the Steelers’ disinterest in the hot hand theory.

That would make perfect sense if we were talking about Ben Roethlisberger or Terry Bradshaw getting back into action.

If those guys are ready to return after time missed, you play them, period, end of discussion.

But when you’re talking about Kenny Pickett and the composition of the 2022 Steelers, it might be time to recall prior Tomlin-isms and at least consider being light on your feet and thoughtfully non-rhythmic.