Plus, the nerds inherit the earth at this weekend's Pittsburgh Comicon. 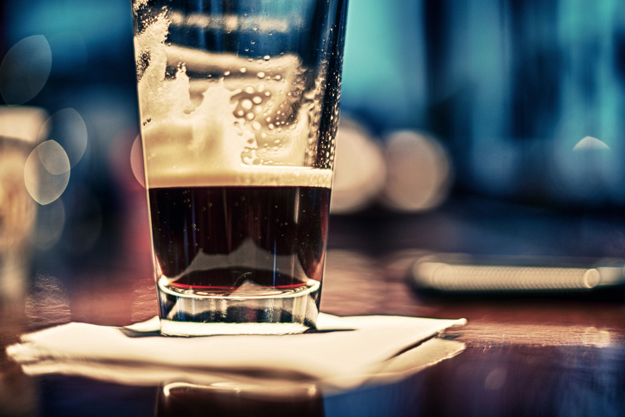 Craft Beer Week wants to pour you a pint
Not satisfied with single-day beer fests? Find that most events offering a boatload of brews tend to have more tasteless beverages? Just looking for some great drinks? Then Pittsburgh Craft Beer Week is for you. Come to think of it, Pittsburgh Craft Beer Week is for everyone. The series of events bills itself as “a collaboration between the breweries, distributors, bottle shops and restaurants that have made a commitment to supporting craft beer in the Pittsburgh region” — and throughout the course of nine days, it’ll be hard to miss the festivities.

There are single-brewery “tap takeovers” at restaurants and bars throughout the city. There are an endless series of Happy Hour tastings sponsored by various brewers. There are craft specials and tastings at nearly every beer distributor you can name. There are beer breakfasts, beer lunches and beer dinners. Assuming you have unlimited time, cash and a dedicated car service, you could go from one event to another, non-stop, all week. Head to the Beer Week’s site, check out the events section and make your own calendar — or just wander into your favorite watering hole (odds are, there are a few PCBW events on tap).

Nerds inherit the earth at Pittsburgh Comicon
If you’re a comic book fan, you’re probably already pumped about the lineup of seminars, dealers and artists on tap for this weekend’s festivities at Pittsburgh Comicon. If you’re not a devotee, though, the question looms: Why should I head out to the convention? Well, there will be a pair of Q&As with Stan Lee, perhaps the most iconic creator of superheroes and comic mayhem who ever lived. There’s a mysterious event tying in with the upcoming release of the big-screen interpretation of Dark Shadows. But the big draw may be part of tomorrow night’s agenda, as Peter Mayhew — better known as Chewbacca — will be giving a presentation he calls “I Did it All For the Wookie.” Embrace your inner nerd and head out to Monroeville this weekend.

PNC Park opens Bowtie Bar in right field
This off-season, the folks in charge of making PNC Park one of the world’s best venues for baseball decided they needed to make use of an unassuming patch of territory in right field. It was an unusual little corner of real estate, with a fine view of the field on one side and a nice river view on the other. What to do? Well, this is Pittsburgh, after all — they made it a bar. The major addition to PNC Park for 2012 is Bowtie Bar, a full-service bar on the main concourse. With the Pirates returning to town this weekend for their second homestand of the season, After Dark set out to answer the pressing question: Is it worth leaving your seat? Find out in this week’s edition of After Dark!

In Theaters: New movies coming to Pittsburgh this weekend include tearjerker romance The Lucky One, urban comedy Think Like a Man, awwwww-inducing nature doc Chimpanzee and bleak historical drama In Darkness. PM Film Editor Sean Collier will appear on the 102.5 WDVE morning show Friday at 7:15 a.m. to review The Lucky One; he promises to vigorously deny it if this sad-sack weeper actually caused him to shed a tear or two. For Sean’s review, tune in to 102.5-FM or DVE.com!

If you're looking to escape the 'Burgh for a bit, get caught up in the Brazilian festivities offered during the Week in Bahia. Saturday's agenda includes the perfect blend of dance, music and martial arts — enough action to keep everyone entertained. Read more.

This article appears in the April 2012 issue of PMWeekend.
Categories: Things To Do