Reviews of "Fantastic Beasts and Where to Find Them" and "Bleed for This," plus local movie news and notes. 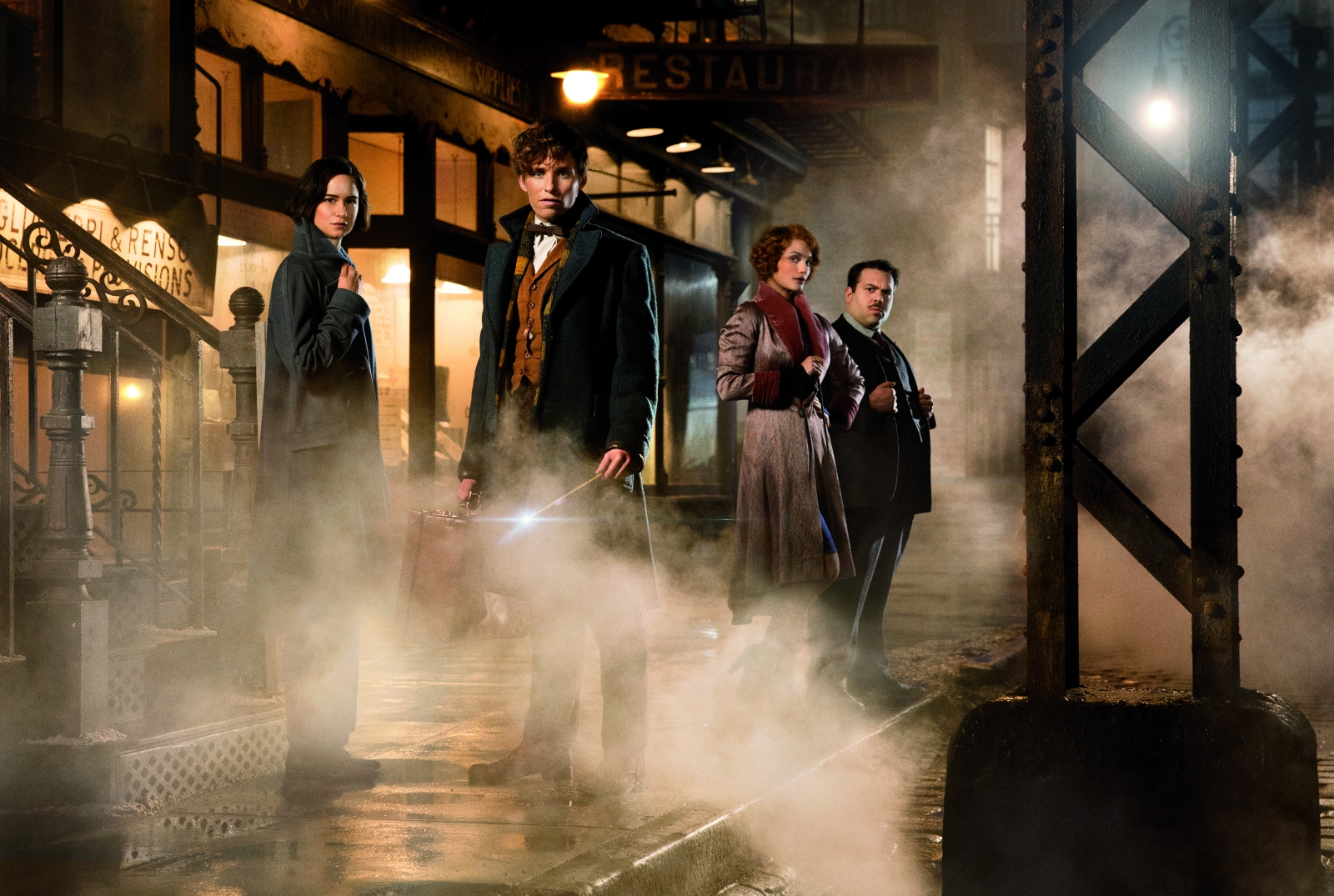 If we’re going to turn everything into an endless universe of interconnected films — and it certainly seems that we are — the “Harry Potter” universe is certainly fertile ground for expansion. The level of detail in J.K. Rowling’s creation reaches levels close to that of Tolkien’s Middle Earth and (while it may be blasphemy to some) probably has more broad appeal and certainly more accessibility than the “Lord of the Rings” series.

Look no further for evidence of this than “Fantastic Beasts and Where to Find Them,” the first proper Potter spinoff; it’s not quite the film that the best entries in the main series were, but it is an enjoyable and lovely adventure.

Rowling wrote the screenplay herself, her first. She also penned the faux-textbook the film is based on as a supplement to the Potter canon. In the fictional world, the text is attributed to a conservationist named Newt Scamander, who emerges as the protagonist of the film (here played by Eddie Redmayne). The film is set in 1920s New York; Scamander travels to America in order to free one of the magical creatures he carries around in an even-more-magical tote (an ordinary bag on the outside, the size of a small zoo inside). On arrival, however, some creatures get loose, threatening to add fuel to anti-wizard sentiment that’s brewing throughout the United States.

Some of the figures and plot points in “Fantastic Beasts” are clear commentary on matters of national and international politics; Rowling is to be credited for weighing in, though her relative inexperience as a screenwriter renders these attempts somewhat heavy-handed. Furthermore, while the world is wondrous as always, the tale at hand here leaves a bit to be desired. But the performances are lovely, the magic is captivating and the setting is breezily enchanting. It’s not a film that will convert many muggles into devotees, but it keeps the fire burning in the Potter universe well enough.

The Three Rivers Film Festival celebrates its 35th anniversary this year under new direction, as Film Pittsburgh takes over programming duties. The results are certainly compressed, in comparison to recent years; while the fest has traditionally lasted for several weeks, this year’s installment runs for just five days. Plenty of programming is packed into that timeframe, however, including a renewed focus on local filmmakers; the opening-night feature was “The Freedom to Marry,” a marriage-equality documentary from locally based filmmaker Eddie Rosenstein and concerning Pittsburgh-born activist Evan Wolfson, and CMU grad Johnny Patterson’s drama “Halfway” was screened last night.

Highlights of the fest’s programming through the weekend include “Maya Angelou: And Still I Rise,” a biographical documentary on the iconic poet (5 p.m. Saturday at the Harris Theater), Malay prison drama “Apprentice,” a Best Foreign Language Oscar submission (9:30 p.m. Saturday at the Regent Square Theater) and the acclaimed drama “Hunter Gatherer,” with “The Wire” star Andre Royo (3:30 p.m. Sunday at the Harris). A conversation about local filmmaking, preceded by a pair of locally made short films (including the excellent “Echo Torch”), is set for 4:30 p.m. Saturday at the Melwood Screening Room. For a full list of features and ticket info, click here.

Earlier this year, I gave a warm review to the boxing drama “Hands of Stone,” about the Panamanian fighter Roberto Durán; in an era where professional boxing enjoys less relevance than it has in decades (if not centuries), “Hands of Stone” is the kind of film that argues for the continued existence of the pugilistic picture as its own sub-genre. On the other hand, “Bleed for This” — which, oddly enough, features another portrayal of Durán, in a small role — is the kind of film that demonstrates why the sport itself, if not fictional portrayals of it, has fallen out of favor. The film details the comeback of fighter Vinny Pazienza, who suffered a broken neck in a car accident while reigning as the WBA World Light Middleweight Champion. Pazienza, played here by Miles Teller, was told he might not ever walk again and certainly could not fight; while I suppose I won’t spoil the ending here, you can fill in the blanks for yourself (they don’t make too many films about failed comeback attempts, after all). Teller is fine and Aaron Eckhart, as trainer Kevin Rooney, is quite good; the film, however, is an unremarkable slog without much of a story to tell. The fact that Pazienza didn’t get himself killed in his comeback attempt is remarkable, but not admirable; this is a film that holds disastrously poor life choices up as model behavior, and it isn’t nearly good enough for me to look the other way on that.

Speaking of risky athletic endeavors, the documentary “Ice Guardians” explores the history, role and risks of hockey players who take on the enforcer role — those whose main job is to fight in defense of the skill players, acting as a sort of silent threat to would-be offenders in times of peace and fist-first dispensers of justice in times of conflict. While the doc is a bit clunky in structure, its explorations of the role of fighting in the game and the mental strain on the players expected to play the part are fascinating. Interviews with a number of pro enforcers past and present make up most of “Ice Guardians,” including a great deal of input from former Pittsburgh Penguin Eric Godard. He’ll introduce the film and lead a post-screening Q&A session at 7 p.m. this Sunday at the Hollywood Theater in Dormont; click here for tickets. (While we’re talking about the Hollywood — the throwback thriller “The Love Witch,” which opens Friday, has caught my attention as well. I don’t think I can share the trailer here, but it’s a doozy.)