A tucked-away spot in Frick Park shows how calming it is to have nature to escape to when you are social distancing. 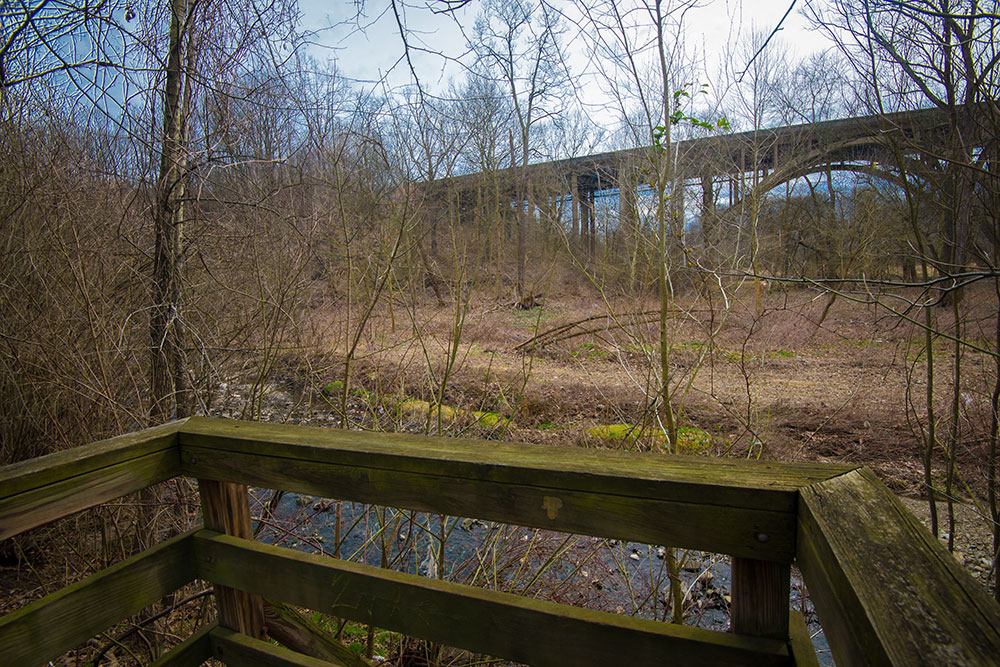 A length of boardwalk runs over wet ground, bordered on each side by trees. A small outlook gives a glimpse of varied wilderness; birds fly overhead, small mammals scurry along the ground. Leaves float on the wind.

This particular spot is transportive.

It could, conceivably, be the Pacific Northwest. Maybe a part of the Atlantic coast — somewhere in the middle, before things get too swampy. High in the Appalachians? Down some remote holler in southern West Virginia?

The only thing in this spot that will remind you that you are, in fact, within the city limits: Interstate 376 is towering overhead.

All cities have trees; even Manhattan has Central Park. But Pittsburgh is positively green compared to a lot of places. Tree Pittsburgh’s Pittsburgh Urban Forest Master Plan, released in 2012, determined that 41.7 percent of the city’s land is under tree canopy. That’s more than the amount of acreage classified as buildings, roads/railroads and other paved surfaces — combined. 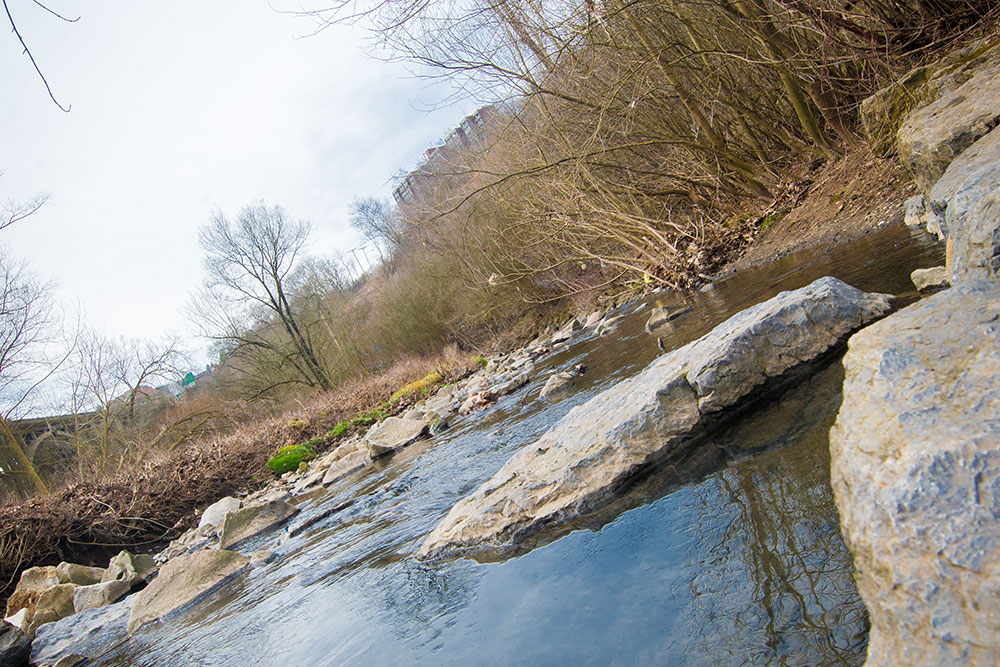 Frick Park represents only a fraction of that total; the largest green space within the city limits is the mostly untamed Hays Woods (you know — where the baby eagles hang out). Frick, however, is perhaps the most dramatic example of the collision between cityscapes and open, green space. Its 644 acres are sandwiched between Squirrel Hill and Regent Square, two busy, thriving neighborhoods. And yes, there’s an interstate highway running directly overhead of certain trails. Yet the spell of nature is often unbroken; at many points and places throughout the park, you would never know you are in the middle of an urban center.

This spot, not far from the Nine Mile Run trail, could be a regular part of — or a quick detour from — your regular walking or running route. (The boardwalk is probably a bit too narrow for bicycles, though you could easily leave your bike nearby and make a stop here.) Part of the joy of Frick Park is finding new paths amongst the 17 miles of trails that wind through the park, many of which intersect in multiple places; there’s a path for all seasons, from difficult hikes to easy jogs to challenging distance runs.

Even halfway through a long run, though, I’d time a moment to breathe on this boardwalk. If you take it in as a civic treasure, you’ll be floored by how remarkable it is — a century-plus of local planning and history leading to the ability, in 2020, to stand in an idyll in the center of the city. If you think of it naturally, it’s even better. You will understand why forest bathing is a practice; you will know why your more outdoorsy friends extol the healing power of time spent outside.

As you return — perhaps spying a screech owl tucked into a tree or a red-tailed hawk perching atop one — you’ll appreciate the place you live even more than you did before you journeyed deep into Frick Park. 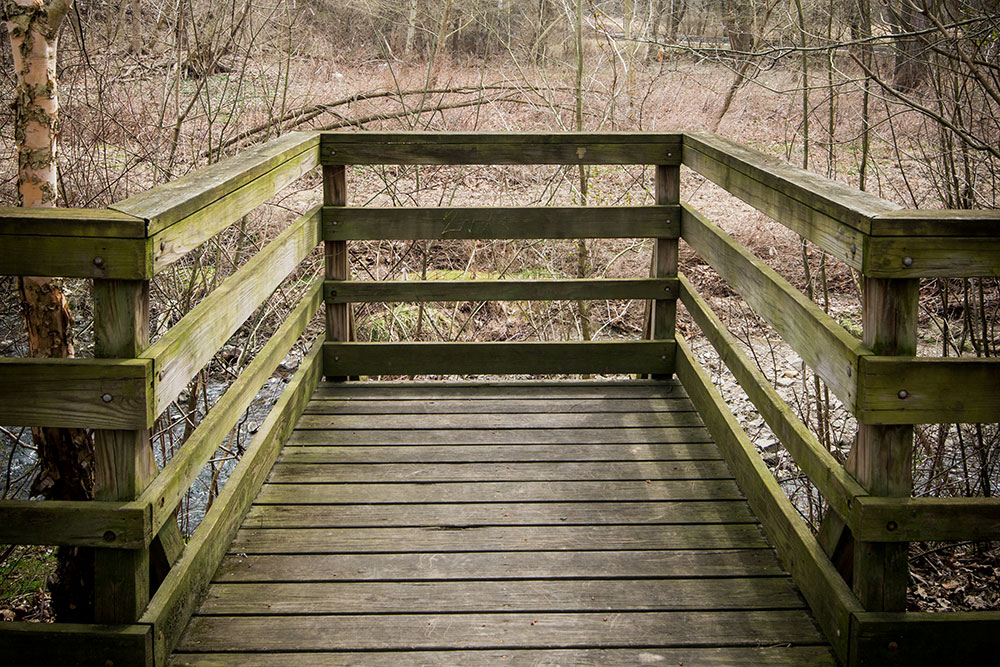 This article appears in the May 2020 issue of Pittsburgh Magazine.
Categories: Community Feature, From the Magazine