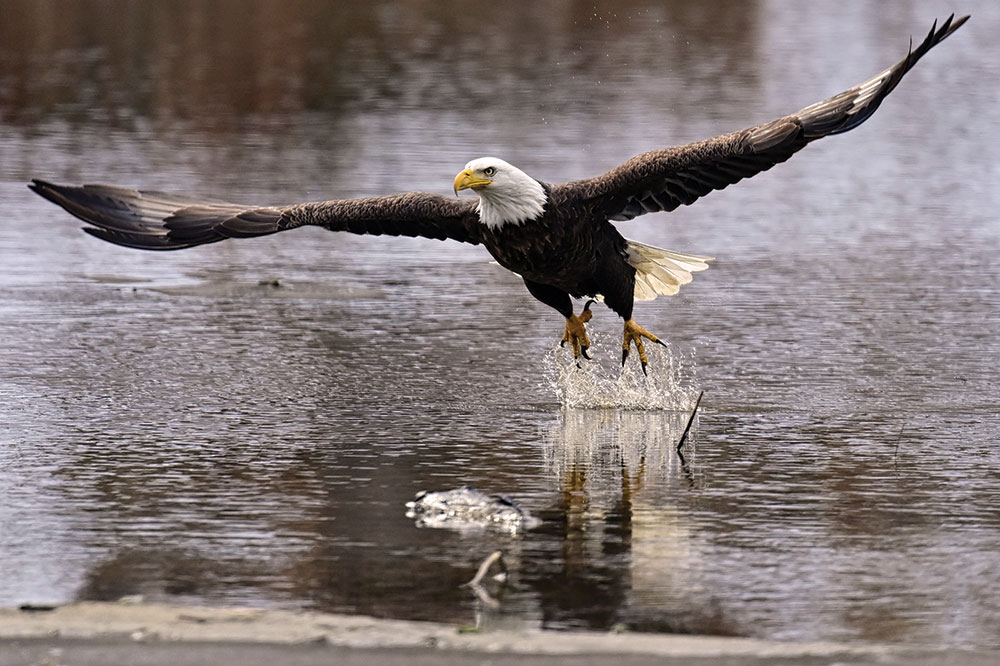 Places We Love” has been one of my favorite features in the magazine since we introduced it in January in our Gateway section. This month, PM Managing Editor Sean Collier writes about Kennywood’s quirky Noah’s Ark funhouse — the last of its kind in the world — and how it has managed to stay afloat for 86 years.

I’d like to give a shout-out to another special place that I love — but it’s more of a virtual place for most observers. It’s the North Park Bald Eagles Facebook group, showcasing the wildlife activity around Marshall Lake. The stunning photos of bald eagles and other wildlife posted by a dedicated band of amateur photographers is like having National Geographic at your fingertips every day.

The Facebook group, started by Howard Kepple on Dec. 6, 2018, has 11,500 members (it’s now a private group, but anyone can ask to join). Kepple, 71, of West Deer, a retired auto mechanic and former portrait photographer, got hooked on photographing eagles when visiting a friend in Washington in 2018. There, he pulled onto Long Beach Peninsula and saw two bald eagles standing in the surf. He took their photos and was thrilled with the results.

After he observed bald eagles at North Park that same year, he quit his mechanic job and has been in the park with his assortment of Nikon cameras almost every day since. That’s where a current pair of eagles — Mr. Stripe and Ms. Star (named by the photographers) — are seen frequently. The two were building a nest in October 2021 when the tree that held the nest fell over. At this writing, Kepple says, no one has seen another nest or any evidence that they laid a clutch of eggs.

Live feeds from webcams near eagle nests in Hays and the U.S. Steel Irvin Plant in West Mifflin give the public close-up views of growing eaglets and avian behavior. But off camera, they’re hard to see. It’s a different story in North Park, where the highly visible eagles frequently draw schoolchildren and passersby alike.

But getting good shots takes patience, says Kepple, who is out most mornings by 7:30. “Sometimes I’ll take a picture instantly; other times I’ll sit there for 6 hours and never take a picture.”

Until Mr. Stripe and Ms. Star raise eaglets that fledge here, there is nothing to tie them to North Park, he says. But the photographers are all keeping their fingers crossed — as we all are — that they choose to stay.

This article appears in the June 2022 issue of Pittsburgh Magazine.
Categories: Editor, Places We Love

The Emotional Bonds Over Pittsburgh's Bridges