Lurking within the lovely confines of South Park, thrillseekers will find a terrifying — and especially sprawling — haunted attraction. 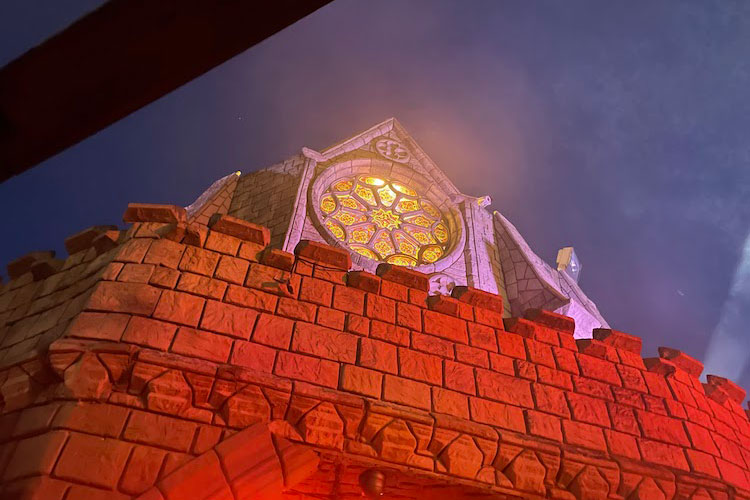 Even before you approach, Hundred Acres Manor has the power to chill you.

Spotlights search the air through an impressive amount of theatrical fog while pulsing, ominous music creeps through the trees. When you find the haunted attraction — tucked at the bottom of a winding road beneath the treetops of South Park — you’ll spy the uncannily lit facade, easily recognizable even from a mile away.

There are quite a few great Halloween attractions in the area, but none cuts such an imposing figure from a distance.

Once you find Hundred Acres Manor, excitement naturally builds as you approach; costumed characters dart about the line, while a towering, ominous demon guards the entrance. 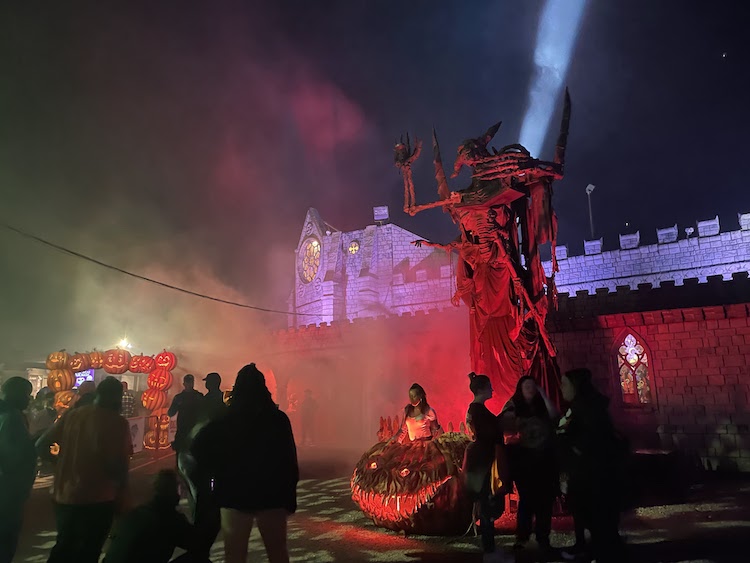 The spookiness outside is no match for the detailed sets and scenes inside, however. Most importantly: There’s a lot of them. Hundred Acres Manor is undeniably a haunt that gives you your money’s worth; you’ll snake through room after room along different themes, including signature area “The Host,” a striking stroll through plague-infested London. Look for the red phone booth — one of only a few genuine British call boxes in the United States — and keep on your toes, as Jack the Ripper may be nearby.

Need an extra scare on the way out? Hundred Acres Manor used to culminate in a lights-out maze, as guests tried to feel their way through the darkness and fog to find the exit, ghouls chattering around each corner. The maze was retired a few years back, only to return as a standalone attraction; for an extra fee, you can once again test your ability to escape the terror.

It makes for a full evening of seasonal entertainment, and it’s a Pittsburgh tradition for a reason. Expect surprises, scares and fun — and who knows what may be lurking in the woods beyond?

Insider’s Tip
No, seriously: Use your GPS. It’s easy to get turned around in the 2,000-plus acres of South Park. Tell your app to lead you to 1 Hundred Acres Drive, Bethel Park, PA, 15102. And come early in the night for shorter lines!

While You’re Here: Fancy a drink before you shriek? You can get one onsite at the “Scream Bar” Beer Lounge, open Fridays and Saturdays (as well as Thursday, Oct. 13, with live music for “Country Night”) during haunt season.

This article appears in the October 2022 issue of Pittsburgh Magazine.
Categories: From the Magazine, Places We Love