No spot better illustrates why Frick Park has remained a civic treasure for more than a century. 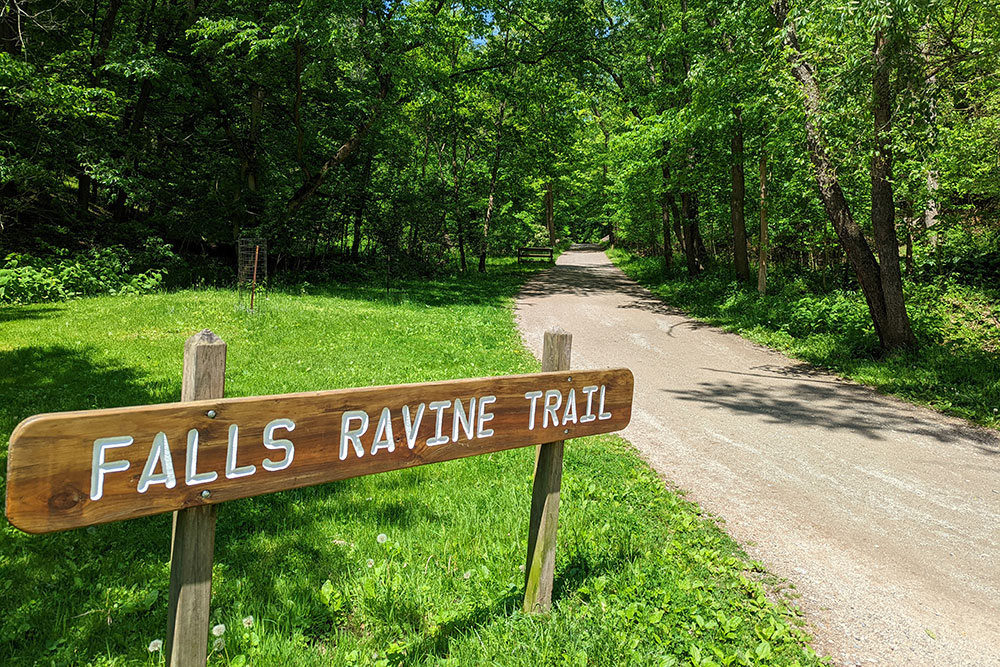 Frick Park is a miracle: a densely wooded and peaceful idyll tucked neatly between bustling city neighborhoods. While there are innumerable ways to explore it (and many more soothing details to discover), the park’s most powerful entryway is Falls Ravine Trail, a gentle, wide path that wanders slowly into the pastoral heart of this urban forest.

You need to work your way over to the high end of Falls Ravine Trail; despite beginning less than a quarter-mile from the homes of Regent Square, it doesn’t connect directly to the neighborhood. You can snake over to it via the entrances in Squirrel Hill near Blue Slide Park or the Frick Environmental Center, meeting it under a dense canopy of green in the warm months (or a thicket of bare branches in the dead of winter).

When you find it, you’ll begin to gradually descend alongside the cascading stream that gives Falls Ravine its name. Listen for bird calls — during migration, there’s an impressive array of species stopping by — and try to spot deer through the trees. If you see a large knothole in a tree, look carefully; there may be an owl nesting inside. Listen to the water as it flows alongside you.

It’s cool and peaceful down here. Take the time to enjoy it. 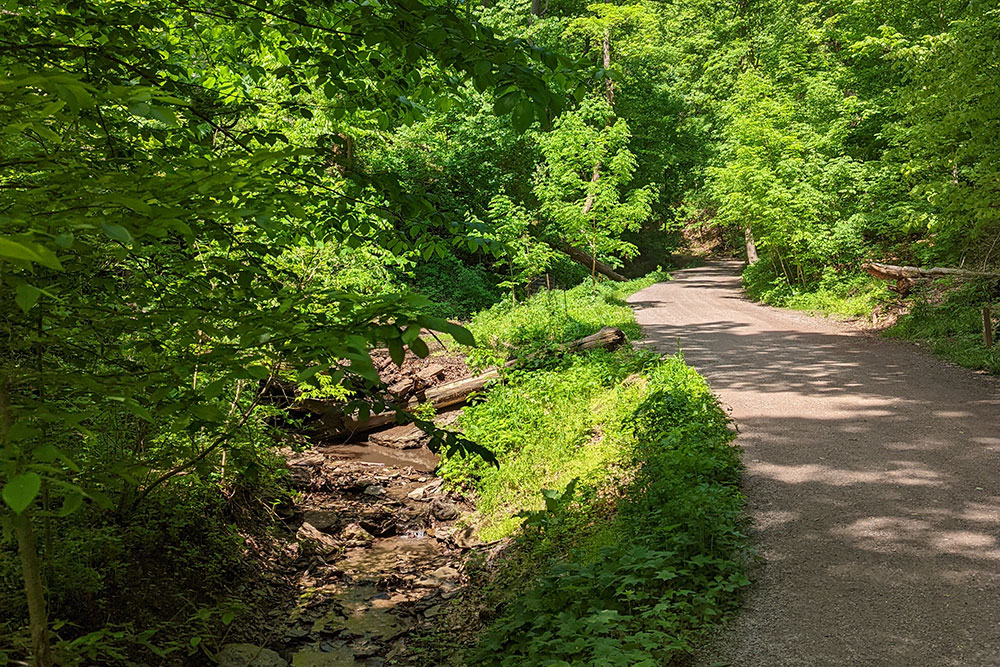 The trail ends at a vast clearing — Fern Hollow, officially — with athletic fields down the path to your right and more trail to your left (although you’ll eventually be cut off in that direction, unfortunately, by the remains of the fallen Fern Hollow Bridge). This area is hardly hidden; you can drive to it, in fact. But accessing this part of the park via Falls Ravine feels as though you’ve discovered something. You picked your way through the tangle of paths in these 600-plus acres and made it to a slice of woodland pasture in the middle of the city. It’s remarkable; no wonder so many outdoor events and footraces use this space as their ultimate destination.

There’s plenty more to find — look for the boardwalk traversing wetlands along Nine Mile Run nearby — but most paths here lead to this green intersection for a reason. No spot better illustrates why Frick Park has remained a civic treasure for more than a century.

Insider’s Tip
Too hot out? Not in here. The dense tree canopy lowers the temperature considerably within Frick Park, so if you’re itching for some cooler air on a warm day, this is the place to be.

While You’re Here:
Need to grab some supplies for a picnic? The nearby Blue Slide Market on Beechwood Boulevard reopened in November after an 18-month pandemic closure. Grab a fresh-baked cupcake.

This article appears in the July 2022 issue of Pittsburgh Magazine.
Categories: Places We Love