Apteka, operated by Kate Lasky and Tomasz Skowronski, is a vegan eatery that draws on Lasky’s sixth-generation Pittsburgh roots and Skowronski’s Polish heritage. 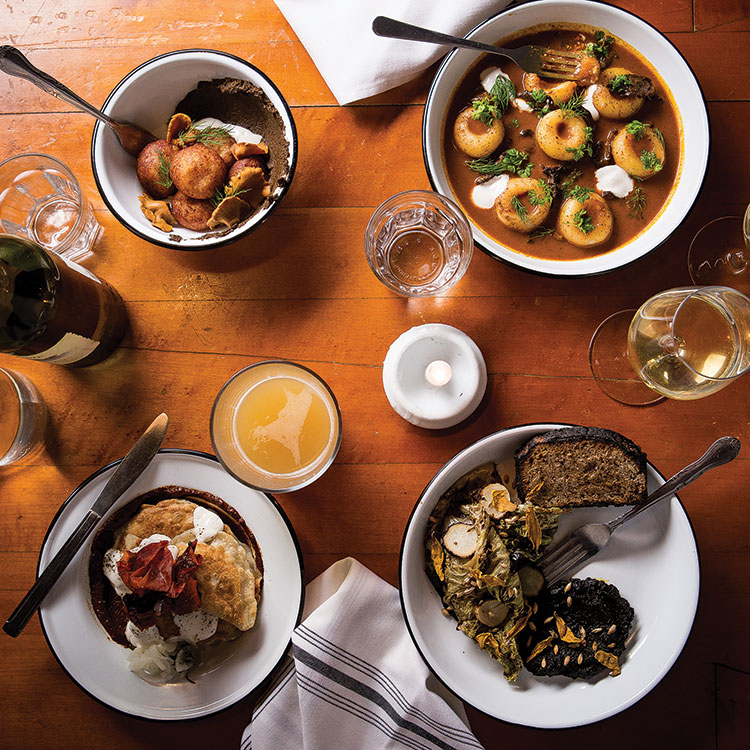 For years, it was an ongoing rumor that Kate Lasky and Tomasz Skowronski, operators of the popular “Pierogi Night” pop-up series, were planning to open a standalone restaurant. In March 2016, they finally did — and they made a lot of people happy by doing it. Pittsburgh Magazine’s independent Restaurant Review Panel named that restaurant, Apteka, our Best New Restaurant of the year. Lasky and Skowronski also were named “Best Rising Star Chefs” in our annual survey of chefs whose establishments are included on the Best Restaurants list.

Apteka is a vegan eatery that draws on Lasky’s sixth-generation Pittsburgh roots and Skowronski’s Polish heritage. The focused menu — just a handful of small plates, big plates and sandwiches are offered at any time — is a plant-based exploration of eastern and central European cuisine. Dishes such as Boczniaki z kapusta (oyster mushroom and braised cabbage in beer broth with butternut miso and rye crumb) and Baba Jaga (a vegetable-pate sandwich with pickles, smoked onion remoulade, pickled beet and mustard on house-baked seed bread) are deeply satisfying. Pierogi, the stuffed dumplings that started this whole thing, come on a big plate with two fillings: sauerkraut/mushroom and celeriac/apple/potato/horseradish. They are as delicious as they are popular. 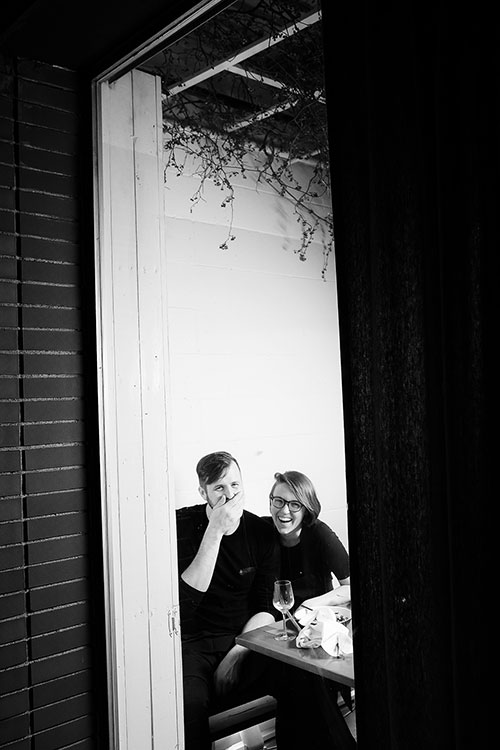 Apteka’s bar program also is outstanding. We named it “Best Bar for the Proletariat” in our “Best Bars” feature in February as a consequence of its impressive cocktails, crafted from housemade syrups, infusions, shrubs and tinctures. The best part about these exceptional drinks? They’re all under $10. The ethos here: If you can craft a product that’s more flavorful and also less expensive than you would find commercially, why not pass that savings on to the guests?

The decor at Apteka might appear to be slightly bare-bones, but nuanced details emerge the longer you stay: The craftsmanship of the handcrafted wood bar. The back patio.

More is in the works as Lasky and Skowronski recently planted an outdoor garden area. Ambient music ranging from chill to surreal sets the mood, and guest DJs frequent a corner of the room.

What we love best about Apteka is that this is a casual, inviting eatery that is welcoming to everyone. It feels as if it’s a restaurant on the cutting edge, yet it also retains a timeless quality in its vibe.

This article appears in the June 2017 issue of Pittsburgh Magazine.
Categories: Best Restaurants, From the Magazine, Hot Reads